Bullock and Ratner: We’re NOT Dating 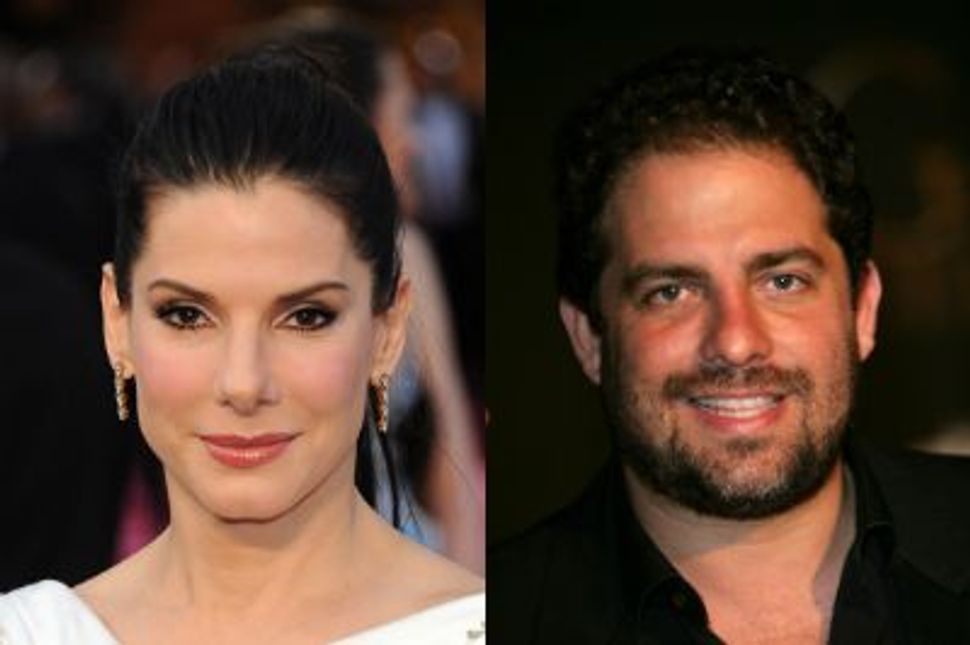 Some celebrities, knowing full well that tabloid reporters like to cook up sensationalist stories, just let the rumor mill churn. But when it comes to the suggestion that she is dating notorious womanizer, gay-basher and producer-director Brett Ratner, Sandra Bullock refuses to go with the flow.

In Touch magazine’s cover this week featured a large photo of Bullock with another smaller one of Ratner next to it. “SANDRA’S RISKY NEW ROMANCE,” screamed the headline, followed by the caption: “Two years after her divorce, she’s finally opened her heart and learned to trust again. But will dating Hollywood’s biggest player end in heartbreak?”

Bullock, who says the whole story is bollocks, reassured her adoring public that it’s a complete fabrication. Ratner, too, was so affronted by the allegation (though many might think he should be flattered), that he joined Bullock in making the following statement to the Huffington Post:

We think that it’s incredibly sad that in these times, this magazine would resort to complete fabrication, solely for financial gain. There is not a shred of accuracy in their story. We have not seen nor spoken to each for over a decade. We both had a great time after the Oscars, just not with each other.

Bullock and Ratner: We’re NOT Dating