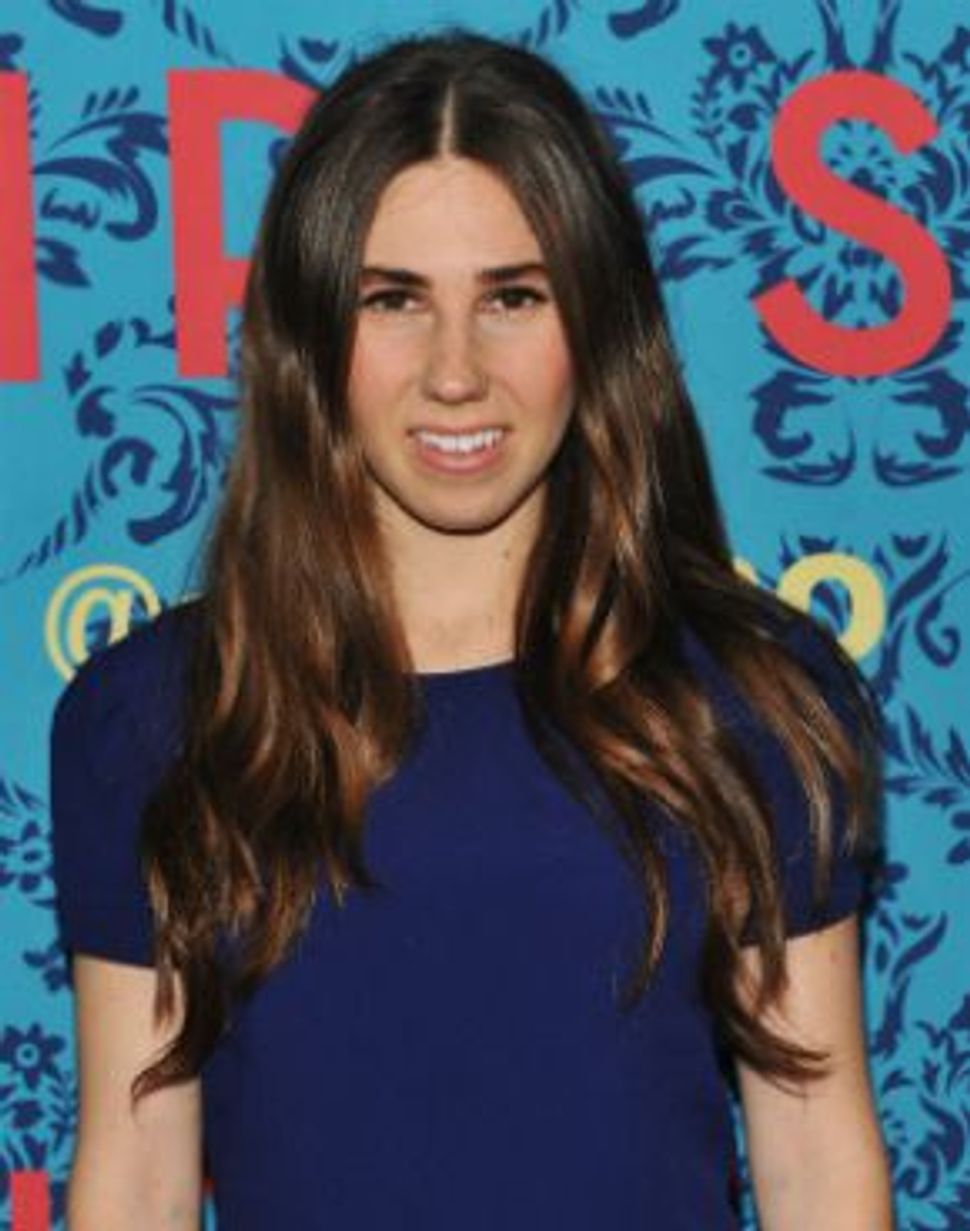 Whether or not they are fans of the new hit HBO series “Girls,” former Camp Ramah-niks may want to tune into this week’s episode on Sunday at 10:30. In the episode, titled “Camp Friend,” their summer home-away-from-home gets a shout-out. Now, would that technically be product placement or guerilla marketing? Doesn’t matter — either way, it’s 15 minutes…well, more like 15 seconds… of fame for Conservative Judaism’s camping movement.

In the preview clip released by HBO, Shoshana Shapiro (played by David Mamet daughter Zosia Mamet) is stopped unexpectedly on the street by a guy who hopes she’ll recognize him. “Hey, Shoshana! Remember me? It’s me, Matt Kornstein. Camp Ramah,” he says. He goes on to compliment her by telling her, “You led the most intense kitchen raid I ever saw in my time as a junior counselor.” No spoilers here: The Shmooze merely notes that the look exchanged between Shoshana and Matt in that moment is also, to borrow Matt’s word, pretty “intense.”

“Girls” has been the subject of much commentary in the media from before it even began airing last month. “The show follows a group of very young women struggling to make it in New York City…It’s apparently real and unglamorous and skeptical of its characters,” Sarah Seltzer wrote in a post for The Sisterhood. She predicted correctly, however, that there would be criticism of the show’s “overwhelming whiteness.”

Regardless of those criticisms, it is nice to see some accurate Jewishness on the show. It’s not everyday that Ramah gets mentioned on TV, nor as part of what seems — at least from the clip — to be a successful pick-up line.

Watch the Teaser for Sunday’s Episode: