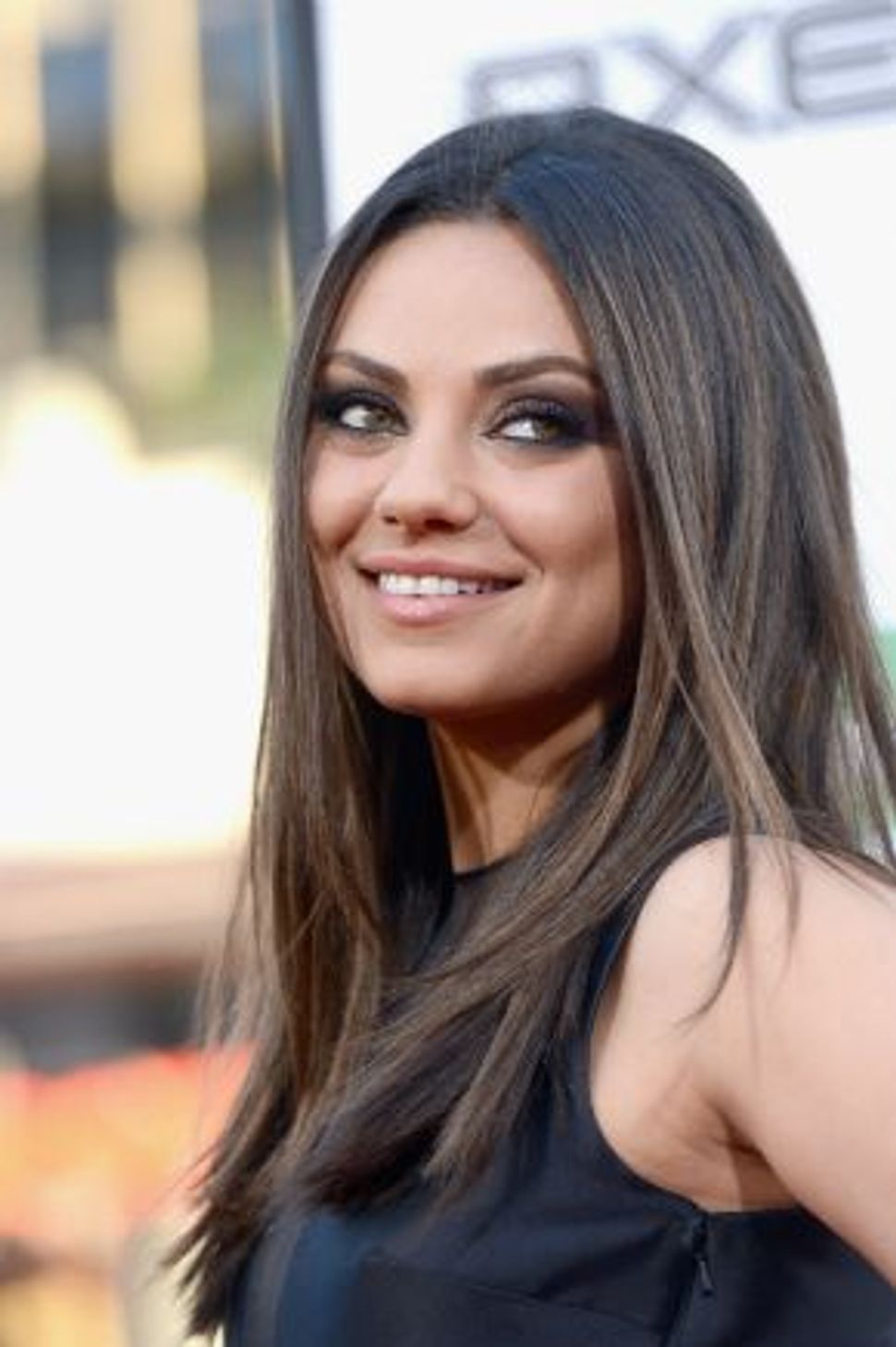 Buck up, all you JDate and OKCupid browsers: Actress Mila Kunis, star of the Seth MacFarlane movie “Ted” and all-around bombshell, tells Glamour that she would be right there with you if she weren’t quite so well known.

“I would go Internet dating instead of going out to bars,” Kunis told Glamour. “In two seconds I would. It makes so much more sense.” The 28-year-old beauty apparently has had a hand in helping her friends find potential suitors on OKCupid, where one even met her fiancée.

“It’s online shopping! We all get together with our laptops and have a glass of wine,” Kunis explained. Though Kunis has recently been romantically linked with former “That 70s Show” co-star Ashton Kutcher, she doesn’t seem to get out much. “How am I going to date?” she asked Glamour. “I’m not in one state long enough.” [via The New York Daily New]