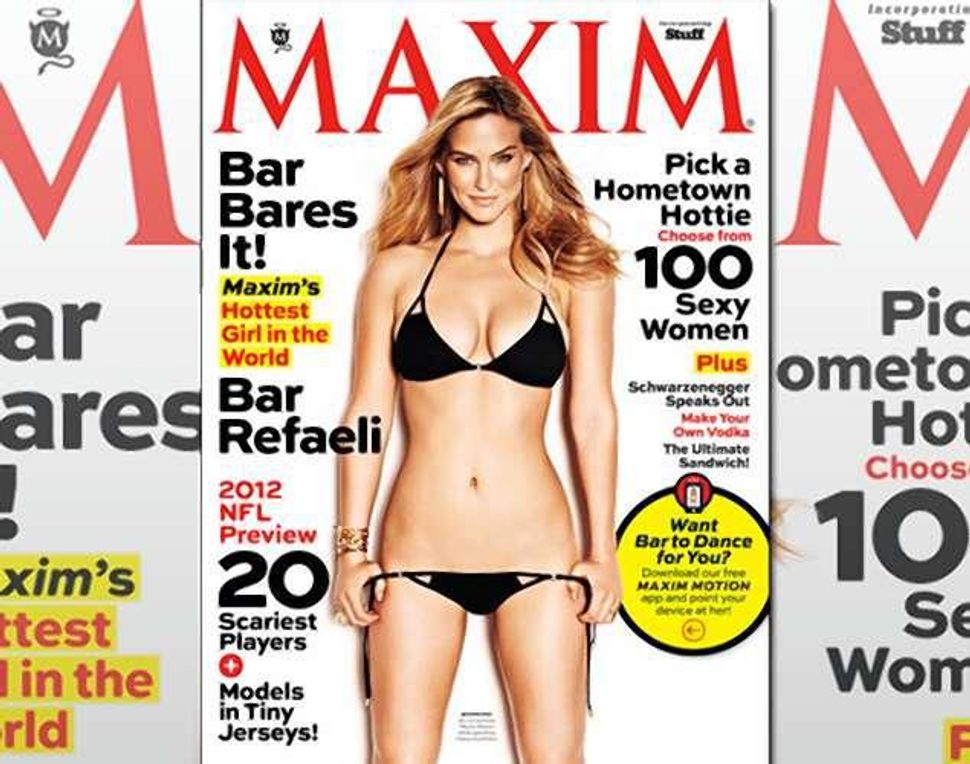 In the interview for the September issue, Refaeli lays out her likes — (“a nice smile with beautiful teeth”), dislikes (“when guys act too cool for school,”), obsessions (Twitter, among others) and best asset—“My stomach is hard, and I’m very proud of it.”

Rumors about the former DiCaprio girl’s love life have linked her to Shaun White, with whom she’s been hanging out at the London Olympics (and posing for photos to be posted on Twitter).

Refaeli said she’s going to be proud of the #100 hottie title until she “dies” and that it’s “an honor you never want to forget.” In the future, she plans to walk around and tell people, “Hey, I’m Bar Refaeli. I was No. 1 Most Beautiful in Maxim!”

That is, if the abs don’t speak for themselves.