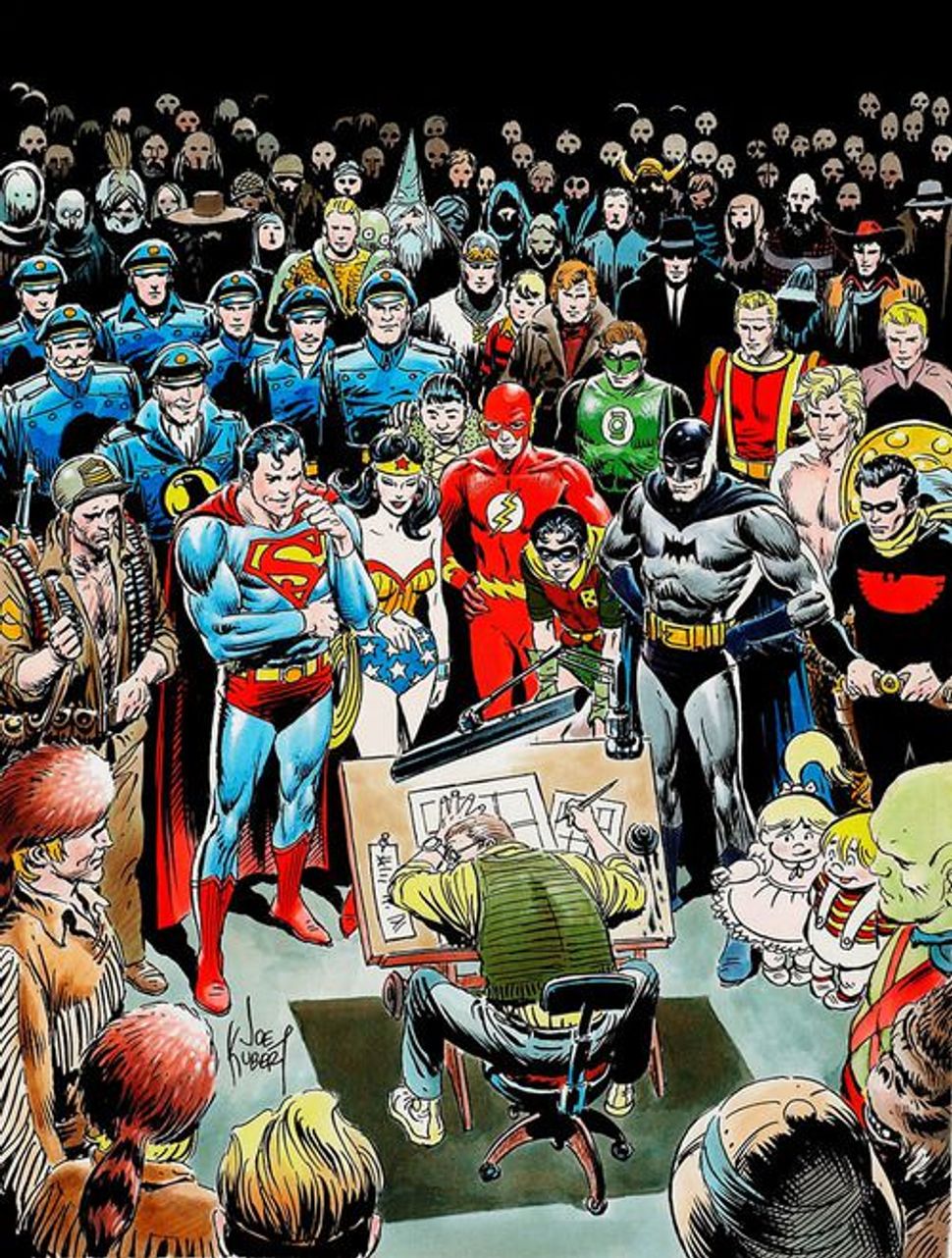 Image by Courtesy of the Israeli Cartoon Museum 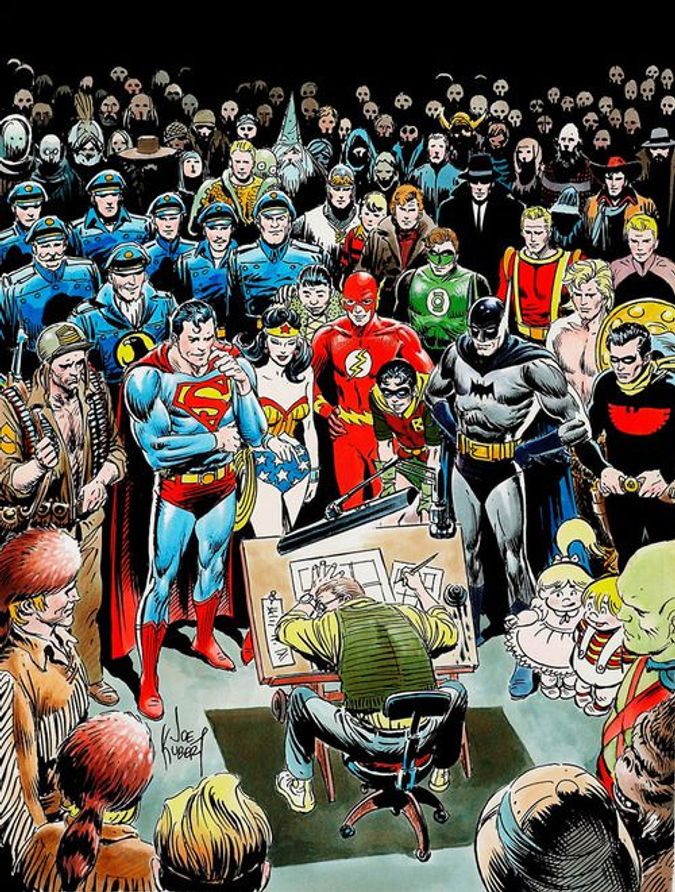 Image by Courtesy of the Israeli Cartoon Museum

“I’ve known and interviewed many older comic book artists, and I usually find that their abilities diminish after a certain age,” noted comics historian and publisher Craig Yoe. “But the amazing thing about Joe was that in his 70s and 80s he was at the top of his game, still constantly and passionately drawing new comics and graphic novels of the highest caliber.”

Kubert’s most recent phase was his immersion in his Jewish roots. While keeping up a heavy schedule of comic book illustration he began making time for a number of Jewish projects. He helped design “Cartoonists Against the Holocaust” for the David S. Wyman Institute for Holocaust Studies, a traveling exhibit of 1940s political cartoons from American newspapers about the Jews in Nazi Europe, and served as a judge in a student cartooning contest. For the Lubavitch magazine “Moshiach Times” he drew a series of two-page adventures with moral lessons called “The Adventures of Yaakov and Isaac.” He also wrote and illustrated “Jew Gangster,” a graphic novel about the Jewish underworld figures of yesteryear.

The Jewish project that attracted the most attention was his 2003 graphic novel, “Yossel.” Comic book fans who were used to Kubert drawing the likes of Hawkman were startled to find their favorite artist recreating the Warsaw Ghetto revolt. “Yossel” utilized a “What if…” technique of storytelling familiar to comic book readers.

In real life, Kubert’s family came to the U.S. from Poland in 1924 when he was a small child; in the book, the family stayed in Poland, and young Joe —Yossel — was a budding teenage cartoonist when the Germans invaded and World War II began. Yossel’s cartoons come to the attention of the Nazi authorities and his life is spared because his artwork amuses them. Ultimately Yossel chooses to join the Warsaw Ghetto uprising.

Kubert was more than a little surprised when I called him in 2006 to tell him about Dina Babbitt, a cartoonist and illustrator who, like the Yossel character, was spared because of her art — in her case, Josef Mengele needed her to paint portraits of victims of his experiments in Auschwitz. “I had never heard of a real-life example of that [when I wrote ‘Yossel’] — I just imagined that it could have happened,” he told me.

Kubert became one of the leaders of a campaign by the Wyman Institute to persuade the Auschwitz State Museum, in Poland, to return to Babbitt eight of her paintings, which they have been holding. A petition he spearheaded netted the signatures of 450 comic book creators from around the world and international attention for Mrs. Babbitt’s cause.

J. David Spurlock, publisher of several books of Kubert’s art and formerly an instructor at Kubert’s School of Cartooning and Graphic Art, in Dover, N.J., worked with Kubert on the Dina Babbitt campaign. “Joe entertained entire generations of young Americans with his tales of the good guys beating the bad guys,” Spurlock recalled. “But he also knew when it was time to step into the real world and be one of the good guys, trying to help an elderly Holocaust survivor recover her property. That’s what my Jewish friends call ‘a mensch.’”