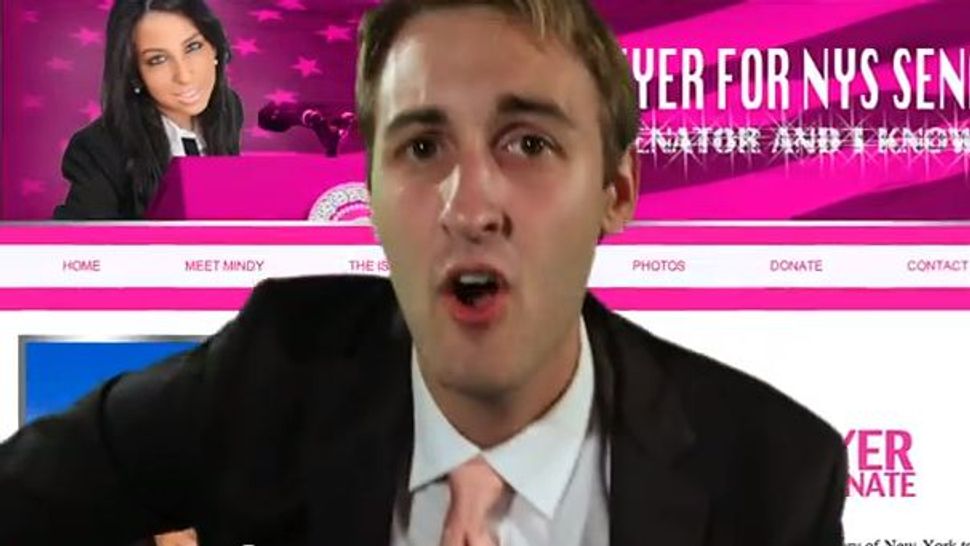 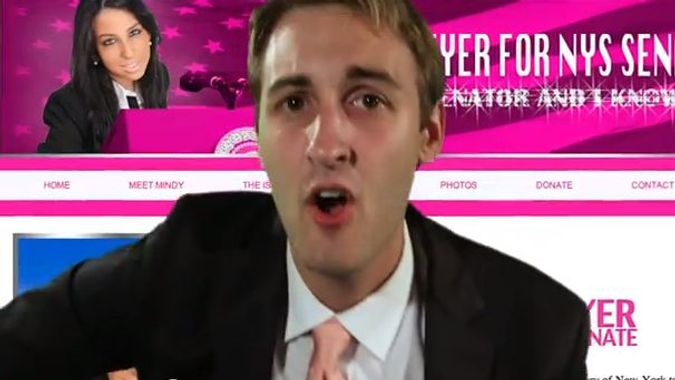 Last May, Groggers front man L.E. Staiman announced the group’s hiatus and a forthcoming move to Los Angeles to pursue a solo career. It seemed as though the band would not be heard from for some time.

Then, Mindy Meyer’s New York State Senate campaign happened. (For those who haven’t yet heard of the 22-year-old loud-talking Flatbush native who bills herself the “Diva of the District,” check out Simi Lampert’s coverage for the Forward here, here, here and here.) On Thursday, The Groggers released a new video, “Mindy.” Naturally, it’s a love song.

The video shows Staiman singing as clips from Meyer’s website, YouTube clips (including the Forward’s own), and an American flag appear behind him. It includes a screenshot of the comments on one of Meyer’s YouTube clips, where one fan writes, “she’s so beautiful” while another says “I mean, honestly. She’s an idiot.” A third begins their comment with “Mass suicide. Only solution…”

Some listeners will surely take issue with lines referencing Meyer’s “inability to think” or lines like, “We’ll reign over Brooklyn / you’ll be king and I’ll be queen / and I’ll even help you sound out the big words in your People magazine…” But as political campaigns go, this is hardly the worst it could get.

Meyer’s campaign seems sure to end in defeat, but now, no one can say it didn’t result in anything.