Catching Up With Claude Lanzmann 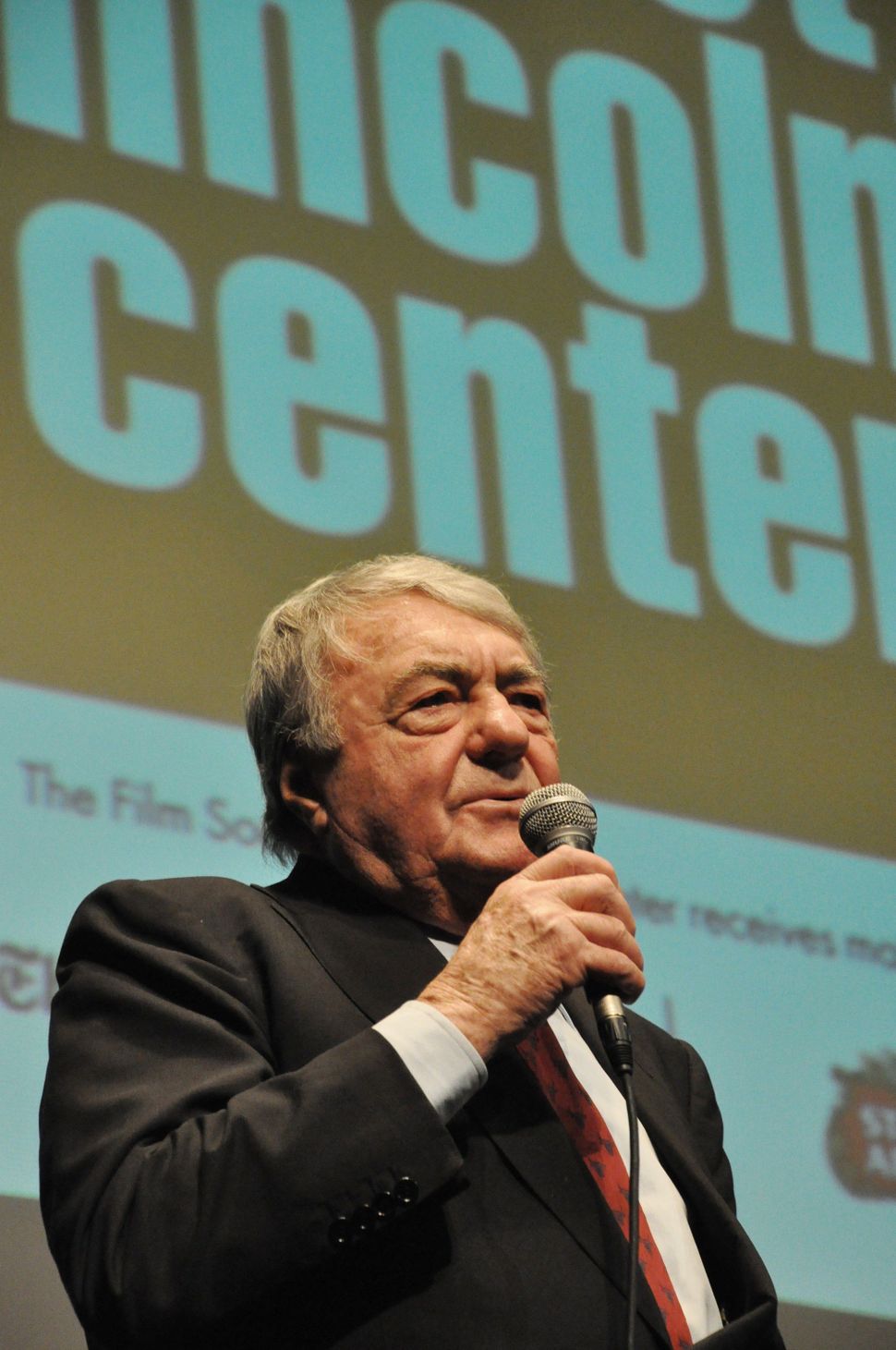 Image by Courtesy of Film Society of Lincoln Center

Claude Lanzmann, director of the film “Shoah,” has been busy of late. In February, his documentary, “Karski Report,” about how a Polish resistance fighter tried to warn American officials of the Holocaust as it was happening, was released on DVD. Also in February, Lanzmann, who will turn 87 on November 27, encountered some resistance on his own, when he gave a female security guard at the Tel Aviv airport what he called “one accolade around her shoulders – in English, a hug.” This resulted in Lanzmann’s being arrested and finger-printed for alleged sexual harassment.

Undeterred — in March, the[New Statesman described Lanzmann as a truculent rugbyman, a “French prop-forward of the old school – barrel-chested, florid-nosed and with no discernible neck” – Lanzmann’s hyper-energetic creative life continued with the release of the English-language version of his The Patagonian Hare: A Memoir, while Gallimard published a collection of Lanzmann’s articles from 1958 to 2007 “Tomb of the Heavenly Diver.” Its title refers to a 2,500-year-old painted tomb uncovered in 1968 outside Paestum, Greece. Showing an athletic diver throwing himself into a void, the image struck a chord with Lanzmann, who added the word “Heavenly” to what is generally known as “Tomb of the Diver.”

A ferociously partisan assemblage, “Tomb of the Heavenly Diver” is marked by a theatrical talent to communicate enthusiasm. Lanzmann aims for the jugular and produces visceral thrills. Profiling Jewish creators, Lanzmann strongly emphasizes the Yiddishkeit of actor Sami Frey and author Albert Cohen, while omitting to mention the Jewishness of some other subjects, such as Serge Gainsbourg and Marcel Marceau. In 1962, Lanzmann was moved by Frey’s “sovereign beauty,” which reminded him of Kafka, Chaplin, the novelist André Schwarz-Bart, and “somber children’s faces consumed by vast eyes, awaiting death beside ghetto walls.” In 1968, Lanzmann declared that Cohen’s “Belle du Seigneur” evokes Shakespeare, Proust, Rabelais, Joyce and “the great Old Testament prophets.” Visiting Cohen’s apartment in Geneva was for Lanzmann like “sitting down with Baruch Spinoza.” Whether expressing such enthusiasms or decrying Steven Spielberg’s “Schindler’s List” as “kitsch melodrama,” Lanzmann remains, as one journalistic colleague affectionately termed him, a “scintillating wild boar.”

Watch the trailer for Lanzmann’s “The Karski Report” here.

See Lanzmann lecturing in Israel in 2009 where he jokes with The Hebrew University’s Ruth HaCohen that he might be “arrested” for provocation “or maybe blasphemy” here.

Catching Up With Claude Lanzmann