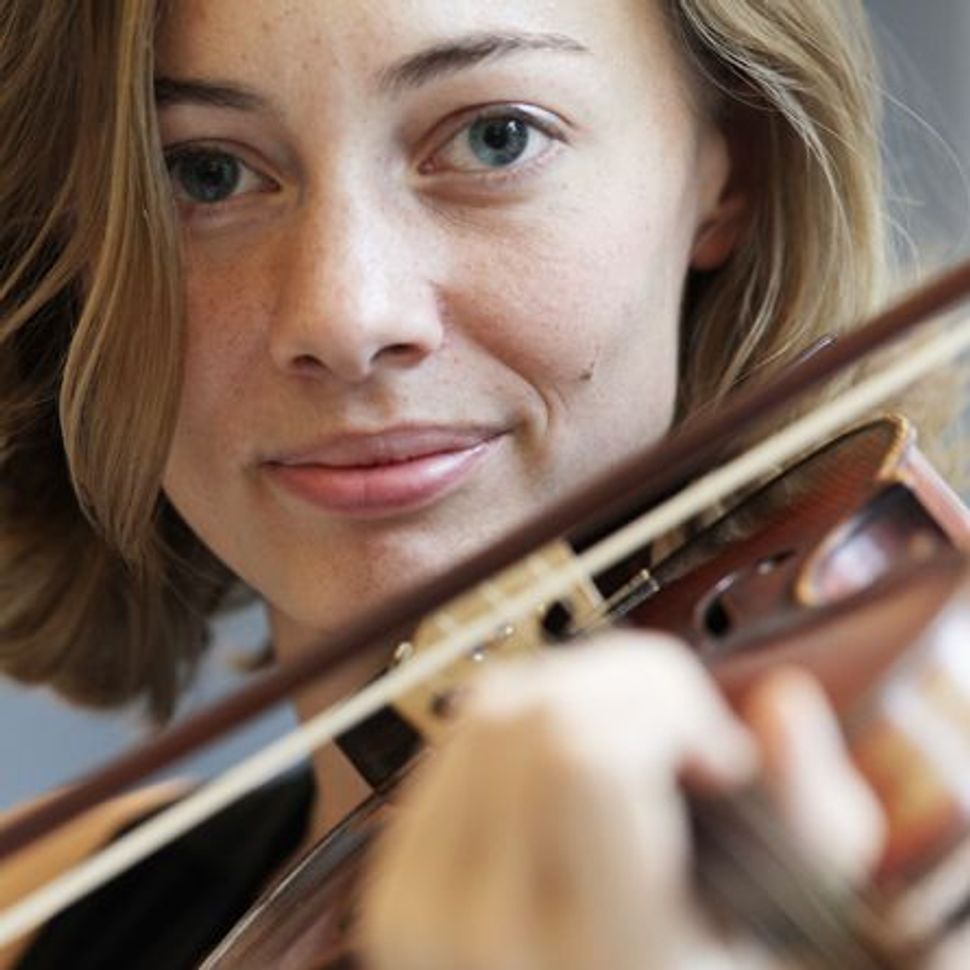 Lily Francis will be among the musicians playing the Hungarian Jewish composer György Ligeti?s Trio for Violin, Horn, and Piano and Felix Mendelssohn?s String Quintet No. 1 Image by Courtesy of Lilyfrancis.net

At the same venue on October 4, 5, and 6, pianist Emanuel Ax will solo in Arnold Schoenberg’s Piano Concerto, with the Philharmonic led by Alan Gilbert. More modernism will be heard on October 20 at the High School of Fashion Industries when a group of Musicians from Marlboro, including violinists Itamar Zorman and Lily Francis and violist Milena Pajaro-van de Stadt play the Hungarian Jewish composer György Ligeti’s Trio for Violin, Horn, and Piano and Felix Mendelssohn’s String Quintet No. 1, among other works.

Schoenberg and Mendelssohn, those disparate spirits, are combined on October 25 at Carnegie Hall when the Israel Philharmonic under the baton of Zubin Mehta performs a highly original program of Schoenberg’s “Kol Nidre” and Mendelssohn’s Piano Concerto No. 1, as well as the New York premiere of veteran Israeli composer Noam Sheriff’s “Mechaye Hametim (Revival of the Dead).” Soloists include Yuja Wang and Thomas Hampson.

Also at Carnegie, on October 27, Robert Spano leads the Atlanta Symphony Orchestra in Aaron Copland’s “Appalachian Spring” and Leonard Bernstein’s “Chichester Psalms.” Music lovers pining for a little more Kreisler-like fiddling schmaltz should hurry to Merkin Hall on October 30 to hear virtuoso Paul Huang in his New York debut playing Franz Waxman’s “Carmen Fantasy,” once a staple of the staggeringly able Jascha Heifetz (Kreisler would have balked at its technical demands). As the month rounds off, the benevolent mastery of Emanuel Ax, one of today’s classical musicians most temperamentally in the Kreisler tradition, will again be heard. On November 4 at Lincoln Center’s Rose Theater, Ax will perform Schoenberg’s “Six Little Piano Pieces” as well as the chamber version of Mahler’s “Song of the Earth,” arranged in part by Schoenberg, who died before completing it, whereupon this version was eventually made performance-ready in an edition by German composer Rainer Riehn. Any month in which Schoenberg and Kreisler are so prominently honored is a good month for Jewish music.

Listen to Kreisler play his own “Tambourin chinois” accompanied by Franz Rupp here.