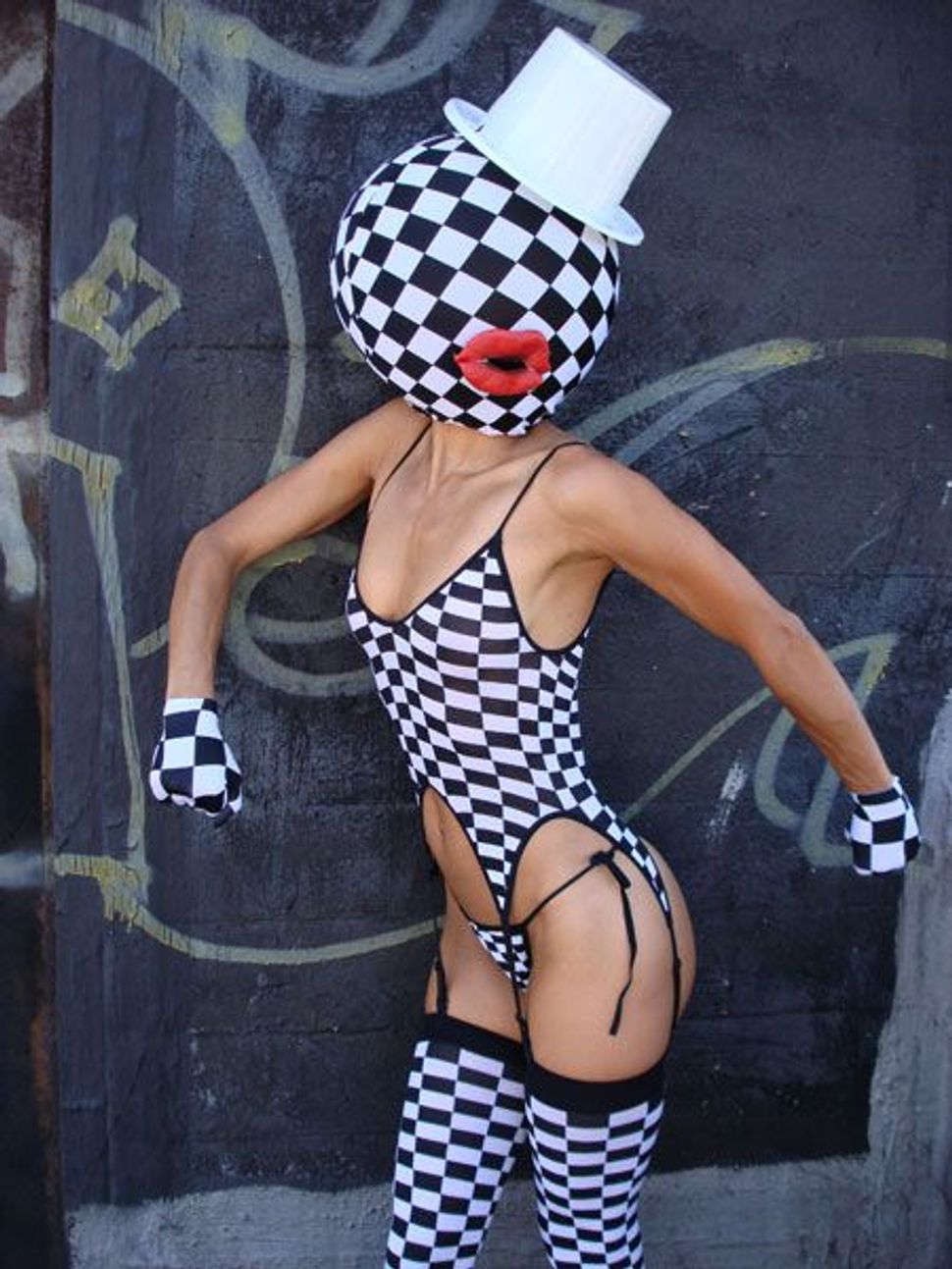 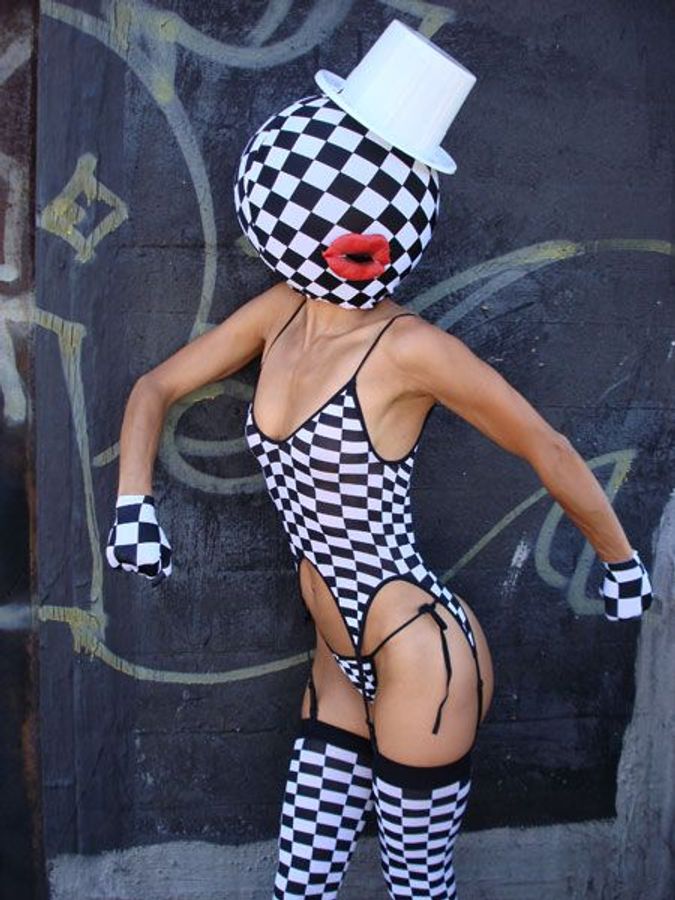 It’s a simple question that’s impossible to answer, especially since the acclaimed 41-year-old performance artist never discloses her real name. In character, she obscures her identity further by performing in wigs and masks — and by covering herself in armor-like plastic body parts.

But there’s a fierce intelligence and thoughtful agenda behind Narcissister’s work. The Huffington Post described the Downtown star as “part Cindy Sherman, part Pinocchio”; The New York Times characterized her practice, admiringly, as “avant-porn.” Narcisisster’s first solo show, “Narcissister Is You,” is currently running at Envoy Enterprises gallery on Manhattan’s Lower East Side. She spoke to The Arty Semite by email from Los Angeles, where she was rehearsing for a series of appearances.

Michael Kaminer: The New York Times used the word “weirdness” to describe your work. But you’re very matter-of-fact about your practice. Do audiences and media receive your performances in the way you intend?

Narcissister: I understand that certain audiences will only be able to grasp one aspect of my work, or will only want to grasp one aspect of my work, and that there might be a tendency to focus on the “freak-ery,” which is ok with me. Eliciting these kinds of responses is telling, and becomes part of the Narcissister project. My aim is that the project be broad in its appeal while still being rich with meaning. Ideally there will be some element of even superficial interest for most people. Those who wish to consider my work more carefully will discover the deeper layers.

You’ve made it clear that Narcissister is a character you play. Who is she?

In my experience, she is a bold and powerful embodiment of womanhood, an instigator of change, a low-fi magician, a reflector of certain crucial aspects of the world around us, among other things.

You’re the daughter of a black father and Jewish mother. How have your parents reacted to your work?

There’s a long history of Jews having to hide their true selves behind metaphorical “masks”; is there any connection to draw to your work as Narcissister?

I have always been aware of the African-American history of wearing metaphorical masks and I have personal experience with this. In terms of my understanding of this history for Jews, I look very much to my mother’s experience. My mother was a Sephardic Jew born and raised in Tangier, Morocco. Her mother was from Turkey, her father was from Spain. She grew up speaking French and Spanish. She had fair skin and eyes and straight dark hair. Living as a family in La Jolla, California where I grew up, she stood out. People would hear her accent and often ask her where she was from. It was clear it was a nuisance to be asked this question so often. She never answered the question directly. She would say “I’m Jewish” or “I speak French.” It was clear that the question of identity was complex for her, and fraught. I am not sure if my mother was choosing to wear a simplified mask of her real, complex identity or if there was some shame in disclosing the full story of her identity. But witnessing her struggle to define her identity in a tidy, easily understandable reply has had a lasting impact on me.

You pursued Afro-American studies at Brown. Have you explored your Jewish identity in school or through your art practice?

This is the first time I have been asked to consider the role my Jewish identity has played in my work. I have explored my Jewish identity only obliquely so far. Again, being Jewish was central to my mom’s identity, she often spoke of it when speaking of her position in the world, it informed the way she responded to popular culture — films, books, art, etc. It was always her point of reference. This experience of hers definitely exposed me to ideas around identity and persecution and of carrying and representing the burden of oppressed people. We were very close and had many discussions about these issues over the years. And, we talked a lot about the symbolism of my work. In many ways my understanding of my work has come vey much from my mother’s understanding of my work, so her experience is embedded in the layers. I wish I could ask my mother to answer these questions with me. She passed away this year.

Jewish performers and artists have been at the forefront of pushing boundaries, whether it’s Lenny Bruce or Joanna Angel. Does your work connect to that lineage in any way?

Many of the artists who have inspired me for a long time, and whose influence I see clearly in my work, are Jewish: Carolee Schneemann, Hannah Wilke, Claude Cahun, Judy Chicago, Martha Rosler, Barbara Kruger, and Hannah Hoch (I believe she was Jewish?), to name a few.

After the Envoy Enterprises show, what’s next for Narcissister?

I received a commission from Abrons Art Center to create a new evening length piece. It opens mid-March and is called “The Organ Player.”

A 2008 Bizarre magazine piece described a performance involving Russian dolls and your vagina. Has growing media attention — and a wider following — affected the content of your work?