James Franco Bombs in ‘Oz the Great and Powerful’ 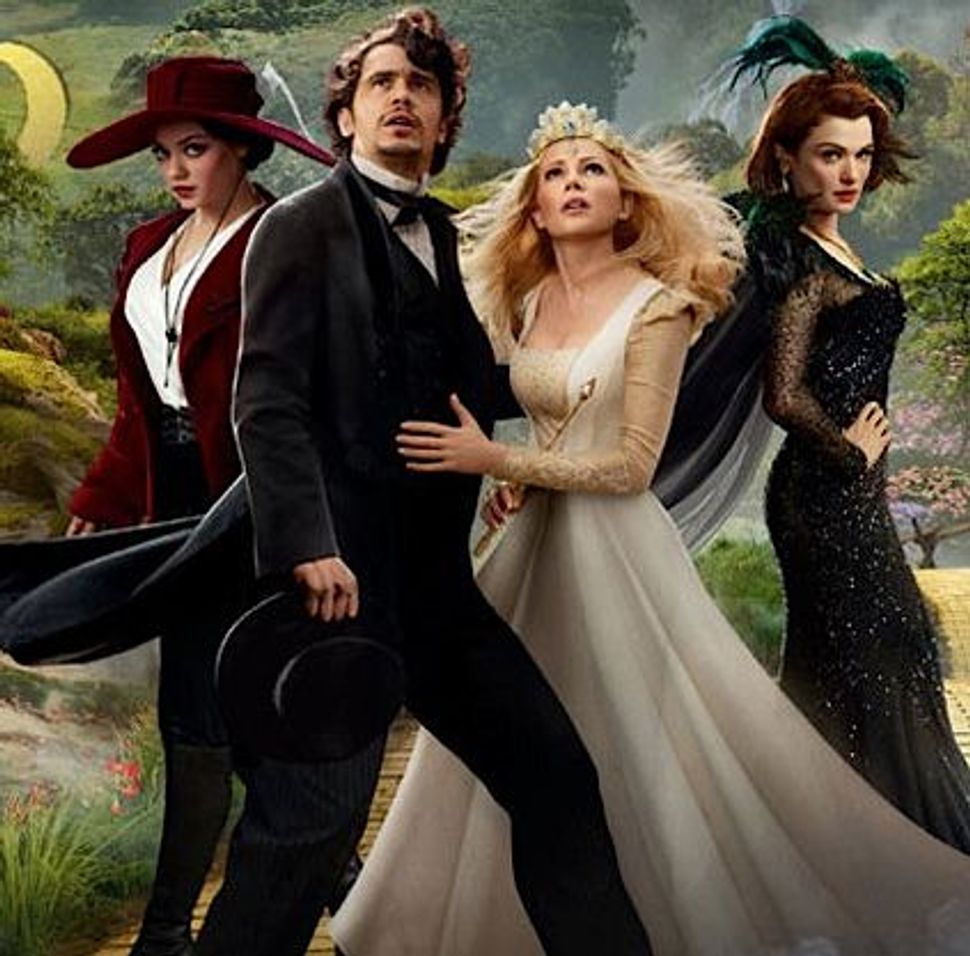 The reviews are in for “Oz the Great and Powerful,” the new Wizard of Oz movie by “Spider-Man” director Sam Raimi, and the verdict is not good.

Unlike the original “Wizard of Oz,” this version focuses on the Wizard himself, and how he got to Oz. It’s got a glittering cast that includes Mila Kunis, Rachel Weisz and Zach Braff, with James Franco starring as Oscar Diggs, the small time circus magician-turned-magical wizard.

While the movie has been roundly criticized for being all special effects and no soul, Franco is under especially heavy fire for a dismal performance.

Here’s Manohla Dargis in the Times:

“Mr. Franco looks pretty pained in most of his scenes… and it’s hard to blame him.”

And that’s from a relatively mild review.

“Franco is unconvincing generally, tamping down the passion, ironicizing everything out… He’s playing a noncommittal character in a noncommittal way, so that you want to scream, ‘This isn’t a performance-art project! You’re carrying a movie!’”

“His performance… firmly belongs in the wet-sock category.”

And Kenneth Turan in the Los Angeles Times:

“Franco’s portrayal calls to mind the actor’s self-satisfied turn as host of the Academy Awards… the actor is frankly too adept at being irritating, so much so that his presence makes it harder to enjoy the rest of the movie.”

Franco and Co. may have a chance to redeem themselves, however, since a sequel is already on the way.

Watch the trailer for ‘Oz the Great and Powerful’:

James Franco Bombs in ‘Oz the Great and Powerful’