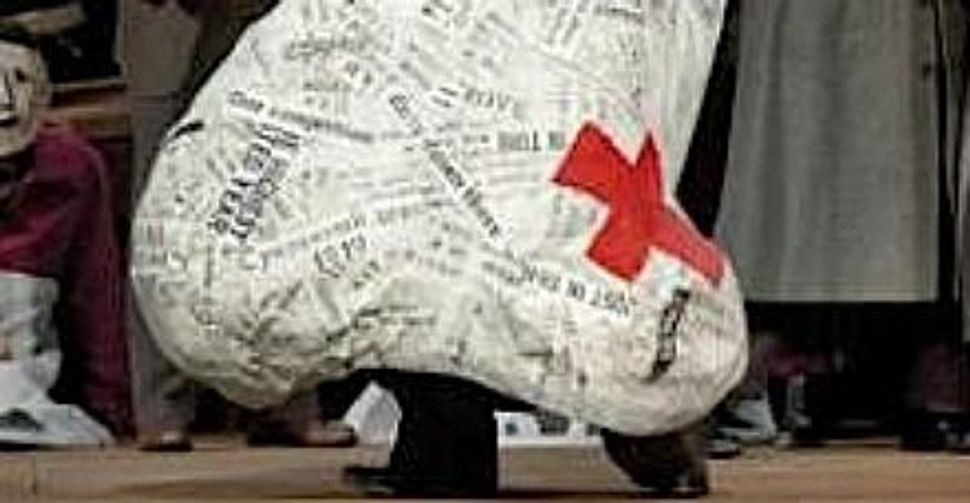 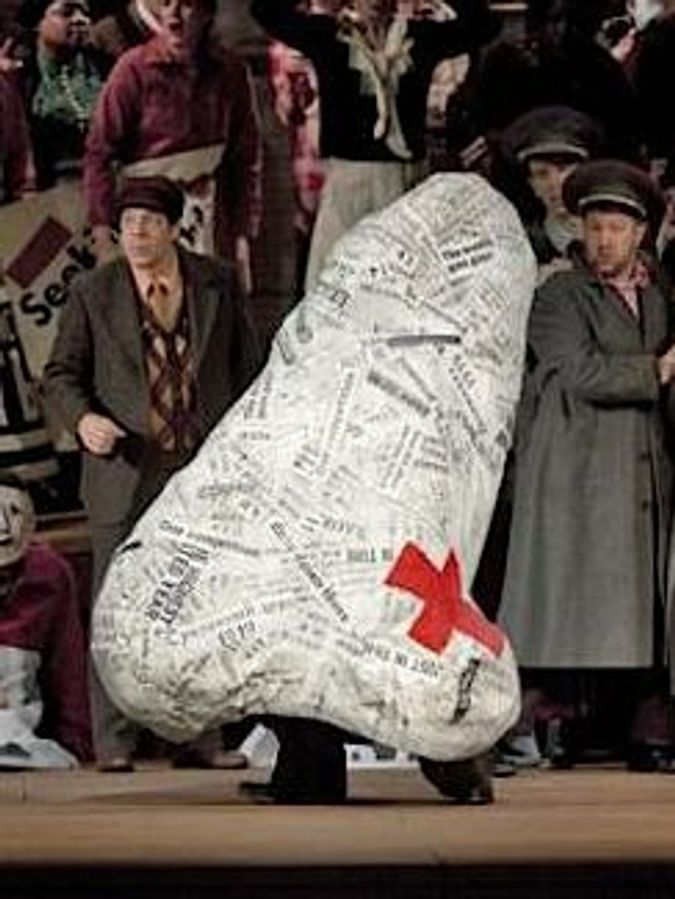 James Levine is not the only major return at the Metropolitan Opera this week. Coming back for just seven performances between September 28 and October 26 is one of the Met’s most artistically acclaimed productions in recent years, Shostakovich early, wildly inventive, over-the-top adaptation of Gogol’s classic story, “The Nose.”

Picked by every critic as the best of the year when it was first introduced at the Met in 2010, this production by South African artist William Kentridge features giant papier-mâché and projected film versions of Kentridge’s own extravagantly hooked Jewish schnoz, appearing as Gogol’s eponymous proboscis running loose in Moscow. Both the opera and this production are a breathtaking, risk-taking adventure.

Gogol’s story manifestly resists dramatization, so Kentridge faced quite a challenge adapting it for the stage. His antic vision — half-Constructivist and half-Dada — had distractions across every vertical and horizontal inch of the stage. Normally so many disparate gambles would careen apart into shambles, but this was the exceptional success — perhaps because Shostakovich did the same thing with the music. Kentridge’s opening gambit brilliantly shows what he’s up to: During the opera’s introduction, the mysterious shadows of a slowly turning machine appear to be flying apart with pieces reaching the far edges of the stage-screen, only to coalesce suddenly into a stunning line-drawing portrait of Shostakovich. That combination of wildness and precision embodies the whole production.

Shostakovich’s nose-thumbing score (this was composed in 1928 before the Stalinist censorship and terror) bristles with attitude, including wild shifts of technique and tone. Conductor Valery Gergiev is again conducting the first four of the seven performances. Last time he brilliantly managed to get the Met orchestra and singers to ride this roller coaster while hanging on for dear life.

Everything about this dazzling production — Shostakovich’s wild score, the superb voices of the largely Russian cast, headed once again by Brazilian baritone/matinee idol Paul Szot, the inventive set and costumes also by Kentridge — is a delirious feast for the senses. He even had the English translation appearing, not on the Met’s usual place in everyone’s seats, but directly on the set, in unpredictable places and angles, as part of the production itself, leading the audience’s eyes in a visual dance.

Last time the Met mounted this Shostakovich/Kentridge “Nose,” seats were unobtainable for the completely sold-out run once word got out about the goings on. I well remember the reactions of exiting patrons — many accustomed to visiting museums and galleries rather than the opera —exclaiming in a rare combination of joy and shock, “Dada lives!”

Yes, it will again — and at the Metropolitan Opera, yet.