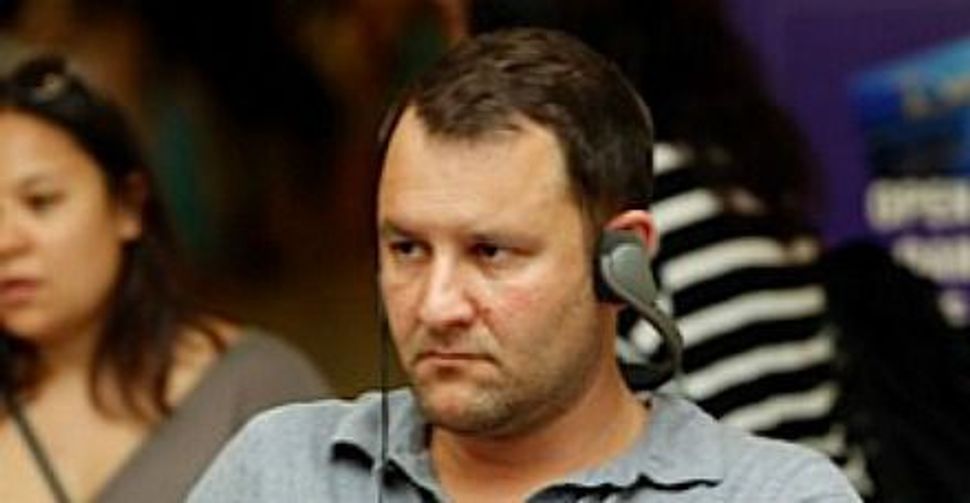 If Dan Fogelman were any hotter, he’d have planets revolving around him. Fogelman is the screenwriter behind such hits as “Cars” and “Tangled” and “Crazy Stupid Love.” He’s also creator and producer of ABC’s “The Neighbors,” the subversively intelligent and subversively Jewish comedy. 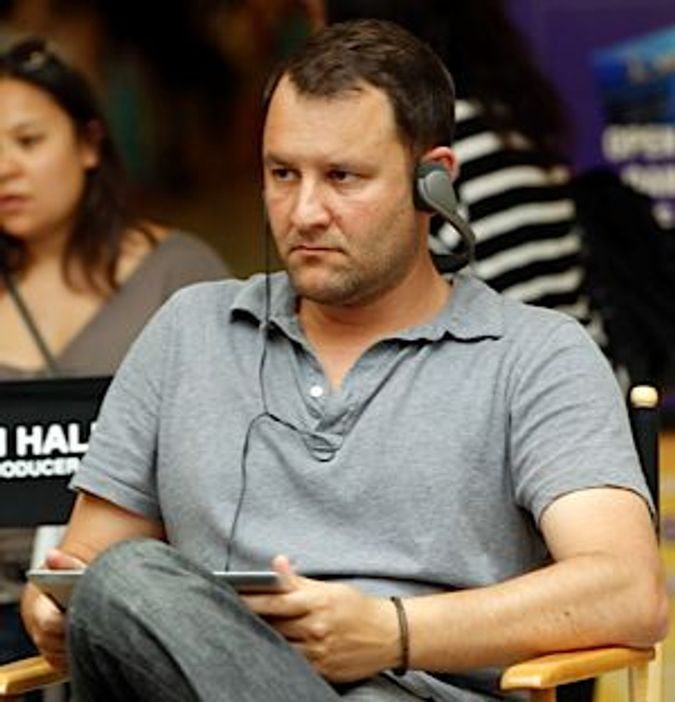 He’s also in post-production of his first directing effort, “Imagine,” a film starring Al Pacino as Danny Collins, a successful but aging musician.

Fogelman does aging well. November 1 marks the release of his latest effort, “Last Vegas.” It’s about childhood friends — they call themselves the Flatbush Four — now all of Medicare age, who decide to throw a party in Vegas when the bachelor in their group announces he’s getting married — to a woman in her 30s.

It stars Michael Douglas, Morgan Freeman, Robert DeNiro and Kevin Kline. And while on the surface it might appear that the film targets seniors, at a recent screening filled with mostly young people, it has the entire audience laughing throughout. It will almost certainly be the comedy hit of the year.

Fogelman recently spoke to The Arty Semite about how his parents influenced his films, being the Hebrew School class clown and how his bar mitzvah screenplay started his career.

Curt Schleier: How did “Last Vegas” come about?

Dan Fogelman: I’ve lived in Los Angeles, and kind of on a yearly basis, once or twice a year, I’d attend a bachelor party in Las Vegas. One time I was in town and my father had come out, and I took him to some nightclubs and he was so out of his element. He was tired and just wanted to go back to his room. So that’s how I got the idea for film about older guys in Vegas. That became the kernel.

I’d sold a pitch: four older guys go to Vegas. Then my mother got ill and passed away and when I came back [from the funeral] to Los Angeles I owed this script. So I went off to Las Vegas by myself, which is kind of a strange experience. Going to restaurants by yourself, eating by yourself, going to sleep early. I spent my time taking notes and finished the script.

My mom and I actually took a trip cross country six or seven years ago. I wanted to do a story about a mother and son driving cross-country locked in a car. I wrote down everything that happened on that ride. My mother was thrilled. She packed 80 books on tape and we drove off.

“Last Vegas” is the funniest film I’ve seen in a long, long time. “Neighbors” is funny. Growing up, were you the class clown?

I was. I joked around a lot. I remember in Hebrew school there was a mandatory school trip my friend and I wanted to get out of. Somehow — something to do with sports, I think — we did. The next year we had a new teacher and he asked if anyone wanted to volunteer to go around and tell the [younger] classes about the trip. My friend and I raised our hands and spent the whole day talking about what we did on the trip we didn’t take. But we got caught at the end by a teacher who knew we didn’t go and got into trouble.

On the subject of Hebrew school, what was your Jewish background?

I went to Hebrew school and was a bar mitzvah. But I was a post-bar mitzvah drop out. We were very culturally Jewish, bagels and lox and High Holy Day services. But not formally religious.

How did a young man from suburban New Jersey end up a Hollywood screenwriter?

I came out to Los Angeles after college. I graduated school early and was kind of in limbo and didn’t know exactly what I wanted to do. I didn’t study screenwriting or plan to become a screenwriter. I didn’t have much of a plan. I was 20 and naive, working in various jobs. I was a production assistant on Howie Mandel’s daytime talk show. I’d always written stuff. A friend of mine was a talent manager and I asked him to send me a sample screenplay. I studied it and got the [software] program to write them and wrote a “Wonder Years” script about someone looking back at the year of his bar mitzvah. It never got made, but it got me an agent and my whole career started.

“Imagine” is your first directing effort. Can you tell me what that’s about?

Al Pacino plays a musician who set out to be his generation’s Bob Dylan. But he becomes a musical sell out with a lot of pop hit songs and he’s currently touring singing to an aging crowd. His manager gives him a birthday present, a letter John Lennon wrote to him 40 years earlier that he never received. Lennon tells him not to sell out and gives [the Pacino character] his home phone number. The letter inspires him to reconnect with his his son and live his life a little differently.

Watch the trailer for ‘Last Vegas’: