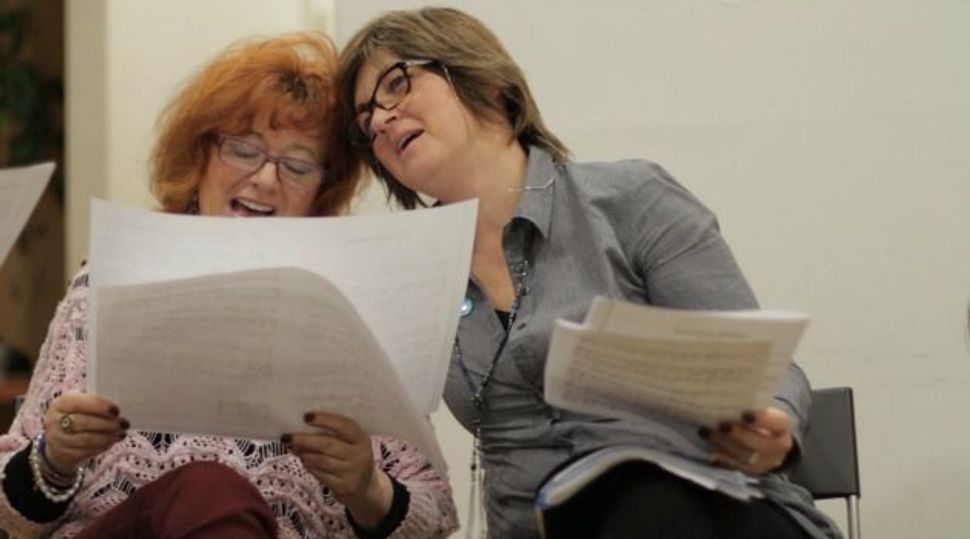 “We sing in Yiddish, we sing in Hebrew and sometimes we sing in Polish,” explains Zofia Radzikowska who joined the JCC choir in Cracow when it first opened two years ago.

At the beginning it was uncertain whether the choir would be able to attract enough members. Today the multigenerational ensemble is a lively proof of the small but vibrant local Jewish community.

Each singer has a slightly different reason to sing in this group: Some want to learn more about their Jewish roots whereas others recognize something in Jewish culture that was inextricably linked to Polish culture.

A big sign at the entrance of the local JCC trumpets: “Building A Jewish Future in Cracow.” That seems like a pretty bold undertaking if one considers the bigger historical picture of complicated Jewish-Polish relationships.

But choir member Paulina Skotnicka says the JCC is able to create a “non-judgmental place where nobody is maligned based on his or her background.” This welcoming approach inspires a lot of optimism.

Skotnicka sounds both down to earth and realistic when she says the choir is doing its small part to revive Jewish culture that was all but wiped out in the Holocaust.

“We can’t actually recover what is lost,” she says. “But we can certainly build something new.”