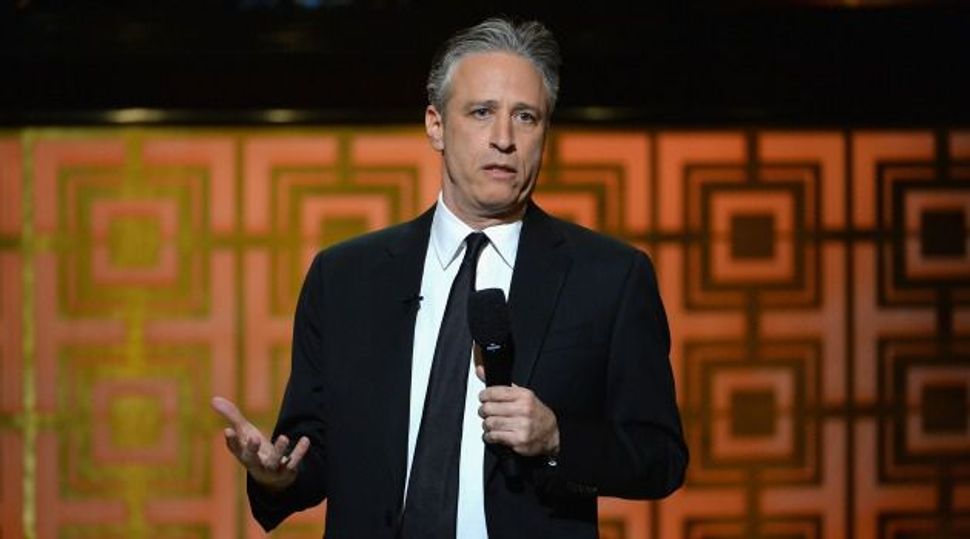 On The Daily Show Jon Stewart opened up about his son’s experiences dealing with Celiac disease, an autoimmune disorder that affects 1 in 100 people worldwide.

For Jews, it’s been described as “like Passover, but year-round” just without the matzo.

Stewart was quick to differentiate between Celiac disease and the gluten free diets adopted by the trendy eating set.

“Celiac disease is quite different from, what it’s called, like gluten sensitivity or the more faddish of those types of diets,” he said. “My son has this. And has a very bad case of it. It’s very painful, and sometimes you have to convince people it’s a real thing.”

“For the boy, he was having these terrible episodes of vomiting. And then he got anemic, and we were absolutely devastated and frightened that he was dying. We couldn’t figure out what was going on.”

Those diagnosed with Celiac disease have to live on a strict gluten-free diet. As Stewart recounted, “We found a center here at New York-Columbia/Presbyterian, and it was great. And they saved the boy’s existence. If you can stay away from [gluten], you really do start to heal. There really is a cure for this.”

Celiac is hereditary, and those with a close family member already diagnosed are much more likely to develop the disease.