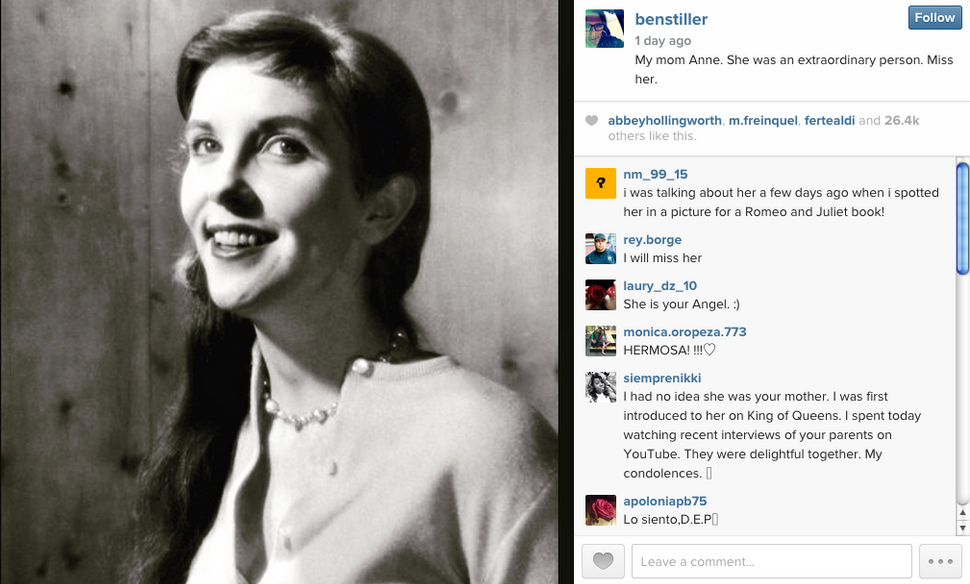 Ben Stiller took to social media to pay a special tribute to his late mother, comedian Anne Meara, who died on Saturday at age 85.

The actor, in Rome filming Zoolander 2, first thanked fans for their support during this difficult time.

Thank you so much for all the kind words about Anne. All of us in our family feel so lucky to have had her in our lives.

Then, on Tuesday, he posted a photo of Meara to with the caption: “My mom Anne. She was an extraordinary person. Miss her.” 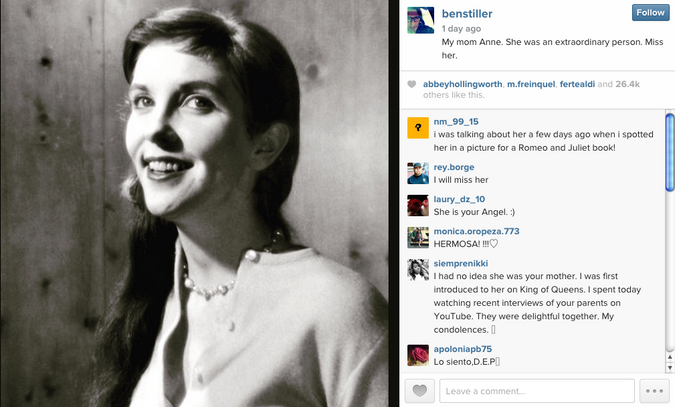 Meara was married to actor Jerry Stiller for 61 years, and worked alongside him for 60, during which she earned four Emmy nominations and a Writers Guild Award.

The Stiller family released a statement to the Associated Press on Sunday: “Anne’s memory lives on in the hearts of daughter Amy, son Ben, her grandchildren, her extended family and friends, and the millions she entertained as an actress, writer and comedienne.”