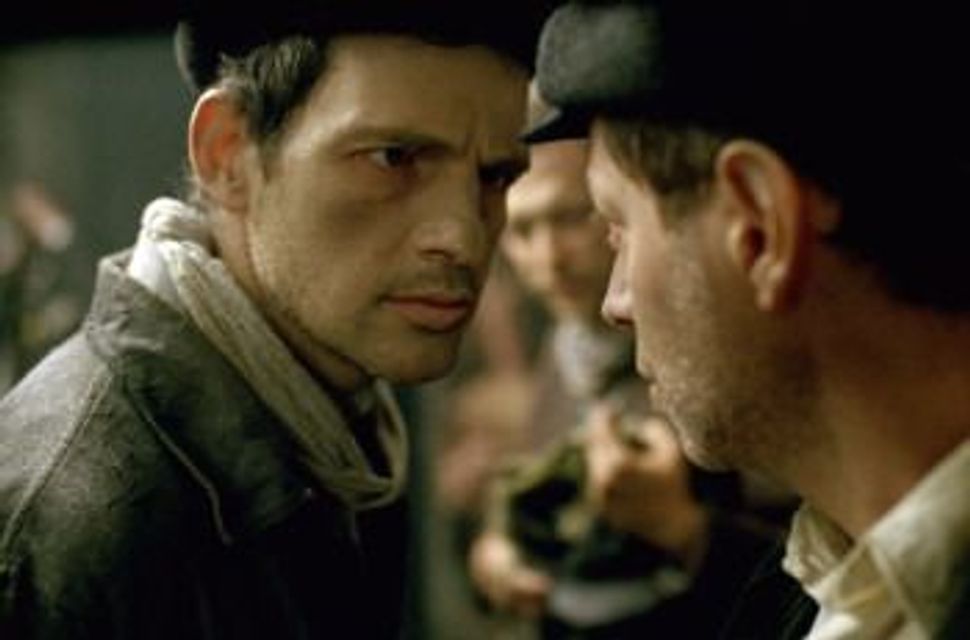 Géza Röhrig as Saul in “Son of Saul.” Image by Sony Pictures Classics 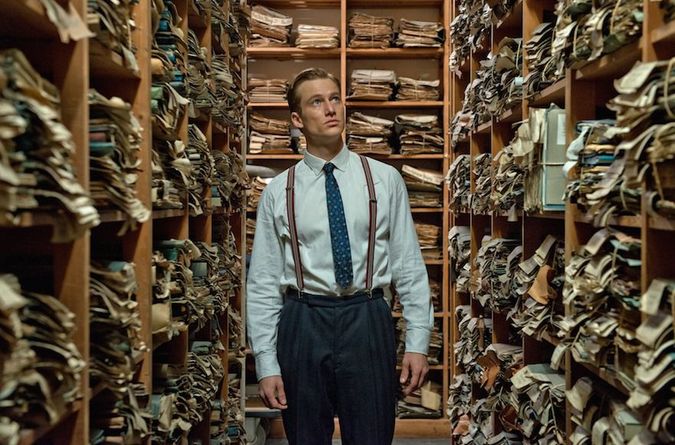 Alexander Fehling in the German film “Labyrinth of Lies,” Germany’s entry to the 2016 Academy Awards. Image by Sony Pictures Classics

Alexander Fehling in the German film “Labyrinth of Lies,” Germany’s entry to the 2016 Academy Awards.

LOS ANGELES (JTA) — Two films about the Holocaust and its aftermath have made the cut to compete for best foreign-language film. They were selected from among entries from 80 countries vying for Oscar honors, according to an announcement Thursday evening by the Academy of Motion Picture Arts and Sciences.

Both entries, “Son of Saul” and “Labyrinth of Lies,” are among the critics’ favorites to garner an Academy Award — indicating, once again, that the Shoah retains its grip on the minds and souls of both international filmmakers and the members of the academy who cast their votes.

Last year, the foreign-language Oscar went to the Polish movie “Ida,” which followed the path of a devout young woman raised in a convent and about to take her vows as a nun. Suddenly, she learns that her parents were Jews who perished in the Holocaust and sets out to rediscover her roots.

In Hungary’s “Son of Saul,” winner of the Grand Prix at this year’s Cannes Film Festival, Saul Auslander is a member of the Sonderkommando at Auschwitz-Birkenau, forced to cremate the bodies of fellow prisoners gassed by the Waffen SS. As he goes about his ghastly task, he thinks he recognizes his son among the bodies, unexpectedly clinging to life for a few extra minutes.

With the Sonderkommando men planning a rebellion, Saul vows that he will save the child’s body from the flames and find a rabbi to say Kaddish at a proper burial.

Saul is portrayed by Geza Rohrig, born in Budapest and founder of an underground punk band under Communist rule. Moving to New York, he studied at a Hasidic yeshiva and graduated from the Conservative moment’s Jewish Theological Seminary.

The film is also nominated for a Golden Globe Award. 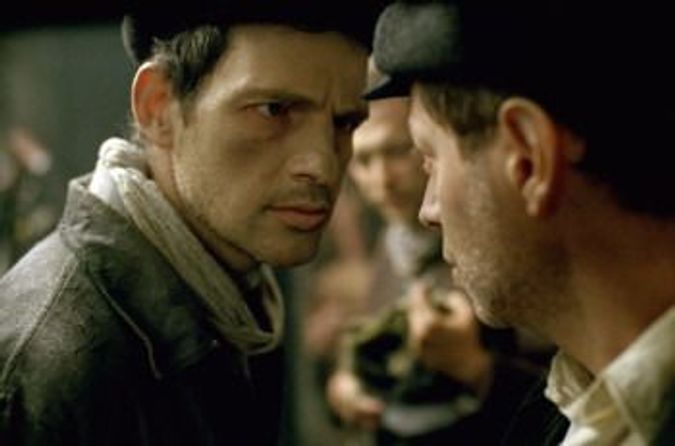 Géza Röhrig as Saul in “Son of Saul.” Image by Sony Pictures Classics

“Labyrinth of Lies,” submitted by Germany, is set in the post-war 1950s, a time when many Germans preferred to deny or ignore the Holocaust. The film focuses on a young German prosecutor determined to bring the Nazis who ran Auschwitz to trial before a German court.

In historical retrospect, the subsequent trial is seen as a turning point in forcing Germans to face the reality of the Holocaust.

Both the Israeli submission, “Baba Joon” — a Farsi-language film — and the Palestinian film “The Wanted 18,” failed to make the Oscar cut, leaving Jordan’s “Theeb,” set during World War I, when the Ottoman Empire ruled the Middle East, as the region’s only entry to place among the final nine.

Israel’s record in making the prestigious short list of the five finalists has been uneven, with bursts of recognition in some decades alternating with long dry spells.

The first entry by the young Israeli film industry in 1965, “Sallah,” was surprisingly among the five finalists, followed by four more Israeli nominees in the 1970s and an additional four between 2007 and 2011. Since then, no Israeli movie has made it to the final short list and none has ever won the coveted Oscar.

Rounding out the list of nine semi-finalists this year are:

Belgium: “The Brand New Testament,” an irreverent satire in which everything in the Bible turns out to be wrong

Colombia: “Embrace of the Serpent,” in which two scientists and an Amazonian shaman search for a rare sacred plant

Denmark: “A War,” about a soldier who serves in Afghanistan and the impact on his family at home

Finland: “The Fencer,” in which a fencing instructor evades the Soviet secret police

France: “Mustang,” which explores the alternately joyful and repressed lives of five orphaned sisters growing up in a Turkish village

Ireland: “Viva” – set in a Havana nightclub, a gay son struggles against his macho father.

The list of the current nine contenders will be winnowed down to five, with the remaining nominees announced Jan. 14. The glamorous award ceremony is on Feb. 28 and will be televised to more than 225 countries and territories across the globe.