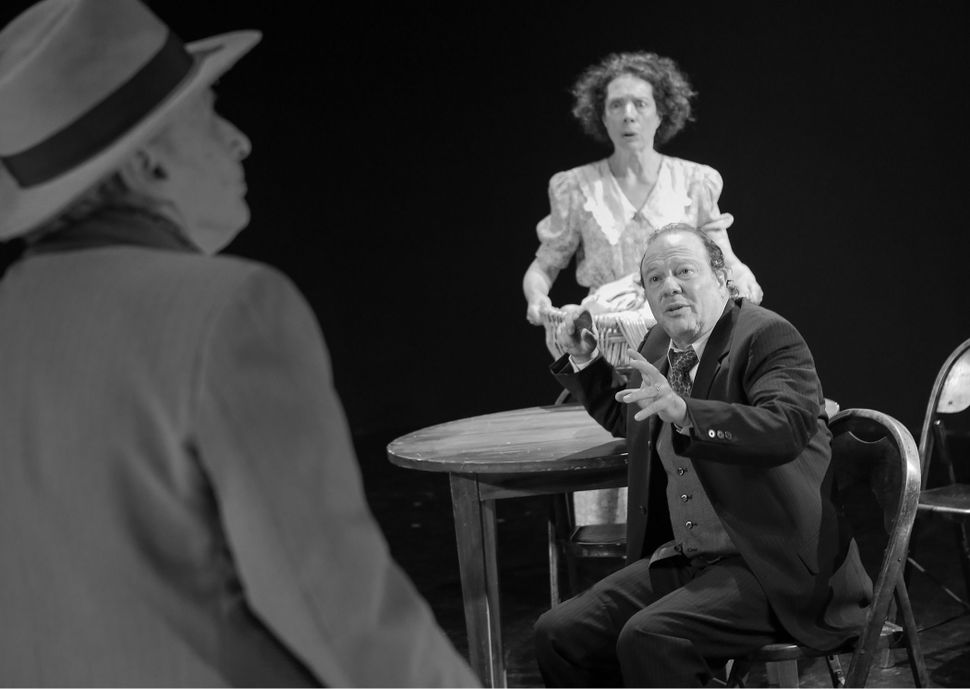 Two Yiddish-language theatrical productions, “Toyt fun a Salesman” and “The Golden Bride,” have been nominated in several categories for the Drama Desk awards.

“Toyt fun a Salesman,” a translation of Arthur Miller’s “Death of a Salesman” produced by the New Yiddish Rep, was nominated for Outstanding Revival of a Play, and its lead actor, Avi Hoffman, was nominated for Outstanding Actor in a Play. The production, directed by Moshe Yassur, was adapted and translated by the late Yiddish actor, Joseph Buloff.

“The Golden Bride,” produced by the Folksbiene, was nominated for Outstanding Revival of a Musical, while directors Motl Didner and Brayne Wasserman, were nominated for Outstanding Director of a Musical. “The Golden Bride,” an operetta with music by Joseph Rumshinksy which premiered in 1923, “is an immigrant fantasy that looks as fondly on Mother Russia as on Uncle Sam,” noted one New York Times reviewer.

Didner told the Forverts that the news “filled me with pride and joy, not only for us but also for ‘Toyt fun a Salesman.’ What a year this has been for the Yiddish theater!”

The Drama Desk Awards, which are awarded every year in a number of categories, are the only respected New York City contest in which Broadway, Off-Broadway and Off-Off Broadway productions compete against each other in the same categorie. The difference between these three designations refers to seating capacity: Broadway productions must have at least 500 seats; off-Broadway theaters have between 99 and 499 seats, and Off-Off-Broadway theaters have less than 99 seats.