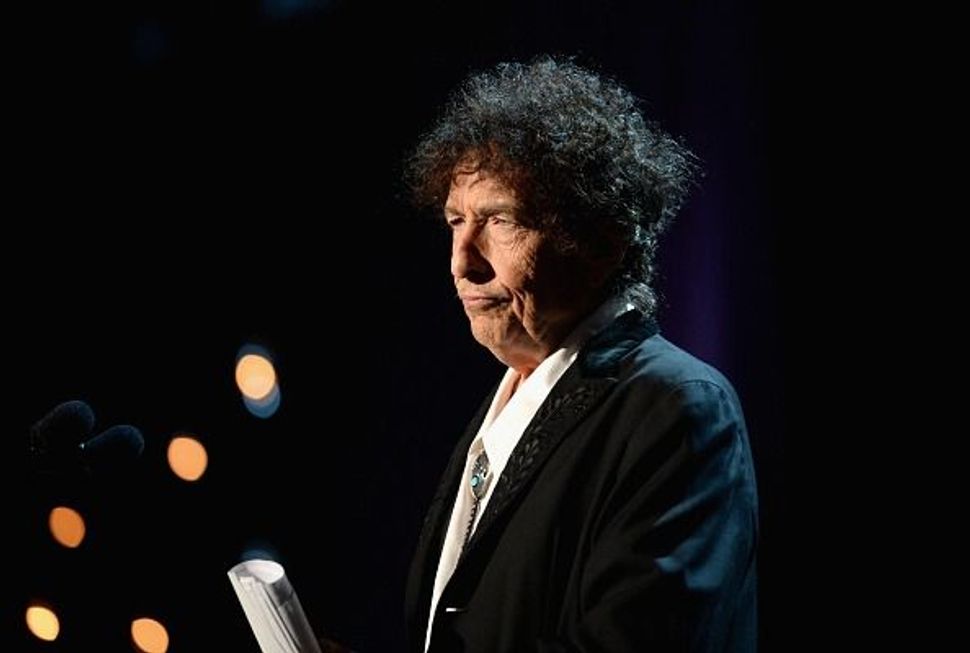 “Bob Dylan was born a Jew. Then he wasn’t, but now he’s back,” sang Adam Sandler in The Chanukah Song, voicing all of our dads’ anxieties over Dylan’s religious identity. A new biography “Bob Dylan: A Spiritual Life” by Scott Marshall, aims to explore Dylan’s spiritual odyssey.

So is the artist formerly known as Shabtai Zisl ben Avraham one of our own, or not?

“For Dylan [Christianity] seems it’s more about the figure of Jesus than the following of an organized religion,” Marshall told The Hollywood Reporter. “Dylan’s own Jewish roots cannot be denied, whether it’s the revolutionary figure of Jesus in the first century or Dylan’s childhood in Minnesota in the 1940s and 1950s, or his naturally slipping into synagogues as an adult. Dylan appears to be a child of God, not tethered to any religion for religion’s sake, but trying to pursue the Truth, clay feet and all.”

Ricocheting from Zionist summer camp to gospel albums to becoming a Jews-for-Jesus icon to playing at a seder attended by Marlon Brando, Dylan has made the moniker “a stiff-necked people” literal for many of his fans.

“Over the years he’s gone against the culture that was rebelling against the traditional Judeo-Christian framework,” says Marshall. “He hasn’t been bashful about saying he believes in the Old and New Testament.”

“May he be singing his songs into his 90s,” says Marshall.

And may the songs be clearly Jewish, add Jewish Dads everywhere.