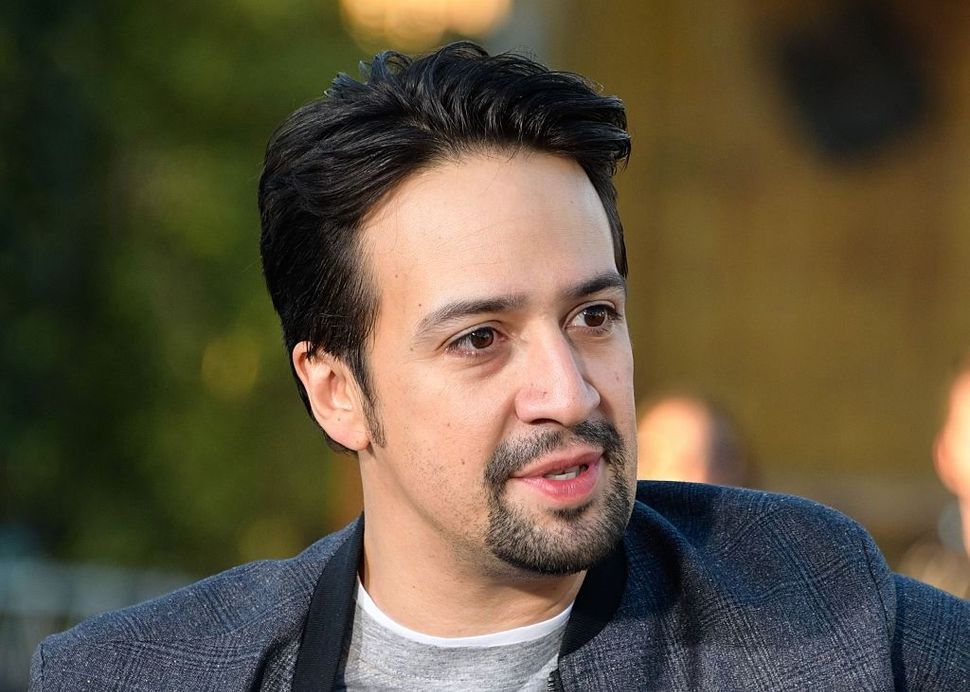 Asking fans to “post a video of yourself singing any Hamilton song”, the creator of Hamilton is soliciting donations as small as $10 for entries to win VIP treatment for two to the smash show’s Los Angeles opening.

“We’ve raised money for amazing causes…and this is the big megilla,” said Miranda, seeming as always like a puppy with a penchant for energy drinks. The donations will benefit the Immigrants: We Get The Job Done Coalition, an umbrella organization that takes its name from a “Hamilton” lyric and provides services and legal aid to immigrants. “They do incredible work and we’re just gonna help them fight the good fight,” said Miranda.

Though Miranda insists that singing isn’t necessary to enter the contest, Jewish celebrities have been loud, proud, and on-key when it comes to their support of immigrants.

Here are some of our favorite hamateur “Hamilton” renditions:

Ben Stiller and his daughter Ella

Our reaction: This was at least twenty minutes too short

#ham4all @Lin_Manuel Improvised Hebrew version of Aaron Burr, Sir ♥️ sending our love (and donations) all the way from ?? pic.twitter.com/iPBHcDRi8M

The Ham song: A mash-up for the ages

Our reaction: Jean-Ralphio Saperstein is generous of spirit after all! This vid brings an outstanding roster of hats to compliment the delightful Jewish-boy rapping and hand motions

Our reaction: J-Gro was born to play Eliza. We request his full cover album of “Hamilton”.

Our reaction: Enthused that “Hamilton” on Broadway’s current Angelica is Jewish and moved by her gesture to her abuelita

The Ham song: “Say No To This”

Our reaction: Rachel Bloom confirms her status as our queen every day

The Ham song: “You’ll Be Back”

Our reaction: We did not know the extremely funny Megan Amram was also a singer and now we are terrified by her talent

Our reaction: We were not at all surprised that Evan Rachel Wood can instantly channel Angelica Schuyler’s spirit

Our reaction: Amazing synchronized singing/rapping—just what we would expect from a talented poet!

.@Lin_Manuel rightfully reminded me that TECHNICALLY my Paris video is from last year… so here’s a new #Ham4All entry (w/ help! ?) pic.twitter.com/mQfliNPEt0

The Ham song: “You’ll Be Back”

Our reaction: His masterful karaoke fully captures the mood of this song