Jews Who Fought Hitler, ‘Menashe’ And More To Read, Watch And Do This Weekend 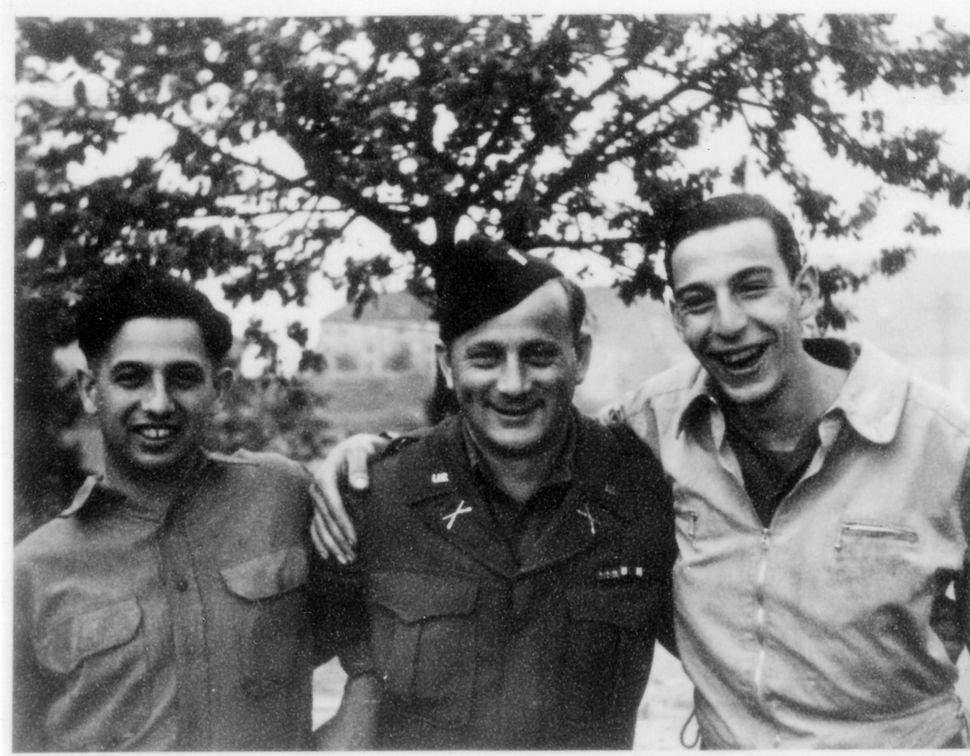 Personally, I think President Trump’s communications director Anthony Scaramucci’s graphic rant to The New Yorker is the only entertainment I’ll need this weekend. Should you be looking for something less lurid and politically disheartening, check out our recommendations below.

The much-anticipated Yiddish-language film “Menashe,” which chronicles the struggle of a Hasidic widower to secure custody of his son, opens this weekend. Read some of the Forward’s coverage of it, from Simi Horwitz’s behind-the-scenes look at the film’s making to Becky Scott’s recap of its Sundance reception. Also opening is the Bonnie Cohen and Jon Shenk-directed “An Inconvenient Sequel,” Al Gore’s follow-up to his 2006 climate change documentary, “An Inconvenient Truth.”

Bruce Henderson’s “Sons and Soldiers,” a chronicle of how German Jewish refugees to America became The Ritchie Boys, an essential force in fighting Hitler during World War II, hit bookshelves this week. One of the Forward’s summer book recommendations, it’s worth a look. In longform, read New Yorker editor David Remnick’s interview with New York Times White House correspondent Maggie Haberman, or Emma Eisenberg’s investigation for the newly renamed Splinter (formerly Fusion) into the unsolved 2012 disappearance of a trans teen.

If you haven’t yet caught the National Yiddish Theatre Folksbiene’s “Amerike: The Golden Land,” try to get into a performance this weekend. If you’ve got art on the mind, head to the Neue Galerie for an exhibit of the works of the 20th-century Austrian Jewish painter Richard Gerstl, to Lincoln Center for a free Saturday performance of Heidi Latsky’s “ON DISPLAY,” or to Fridman Gallery for Abigail Levine’s 25-hour performance of Sol Lewitt’s drawing instructions for his piece “Wall Drawing #56.”

Friday, head to Politics and Prose to hear Jason Zinoman read from and discuss his new book, “Letterman: The Last Giant of Late Night.” And, if you’re feeling theatrical, catch one of the last performances of Breaking the Silence’s “‘It’s What We Do: A Play About the Occupation’” at Capital Fringe.

Don’t miss the exhibit “Amy Krouse Rosenthal: A Beauty Salon” at Carrie Secrist Gallery. Saturday’s Second Annual Chicago Poetry Block Party should be a welcome reminder of the potential for beauty and nuance in the world, and the musical “They’re Playing Our Song” at Rivendell Theater will make for a joyful, carefree night out.

Saturday, head to one of two promising outdoor events. Michael Feinstein will sing hits from Frank Sinatra, Sammy Davis Jr. and more at LA County Arboretum with the Pasadena Symphony and Pops, and the eternally funny “Young Frankenstein” will be screened in Griffith Park.

Jews Who Fought Hitler, ‘Menashe’ And More To Read, Watch And Do This Weekend