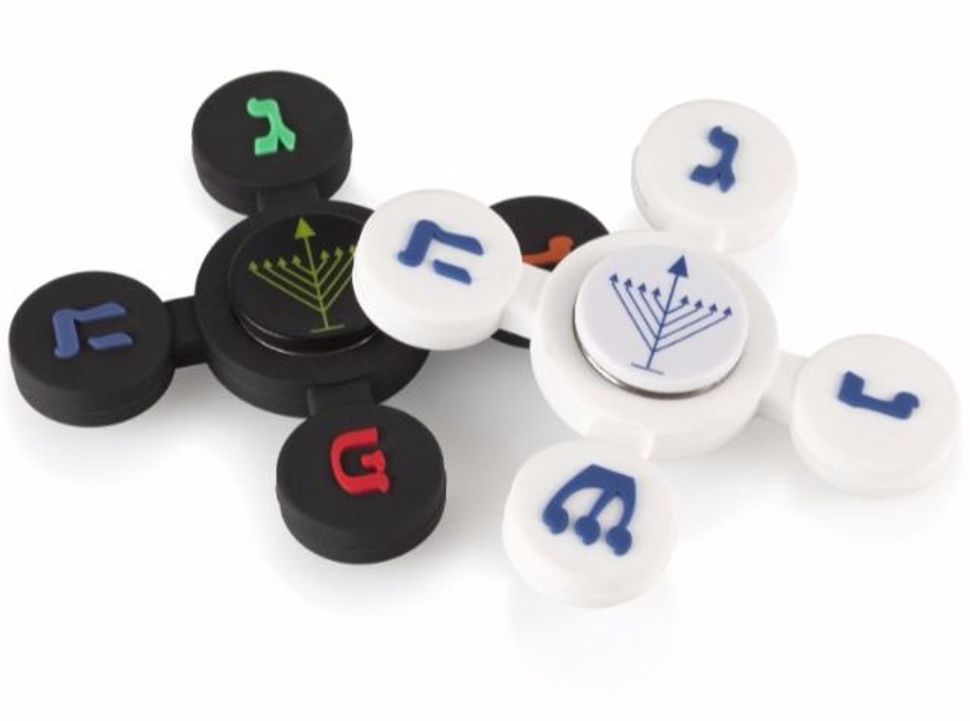 According to the story of Hanukkah, the Maccabees fought against forced assimilation to Hellenist culture. Now 2017 has us asking…is a little assimilation so bad?

Assimilation has brought us things like matzo-ball ramen, Jewish baseball players, and heck, even presents on Hanukkah. Now, it’s brought us something even better:

Like latkes and apple sauce, the fidget dreidel is a match made in heaven. Combining the wildly popular fidget spinner toy (originally created with the intention of distracting Palestinian boys from throwing rocks at Israeli cars) and the classic dreidel, the Fidget Dreidel brings Hanukkah entertainment into modernity. Inventor Michael Krimsky,an acupuncturist living in Jerusalem, says the idea came to him when he first saw the wildly popular fidget spinners in use in a classroom. “I made a prototype out of construction paper, chopsticks, and two metal washers,” he laughs.

Krimsky worked with a graphic designer to create “the first universal dreidel”. With “nun, gimmel, hey, shin” on one side of each dreidel (indicating, “A Great Miracle Happened There”) and “nun, gimmel, hey, pey” on the other side (indicating, “A Great Miracle Happened Here”), the dreidel can be accurately used in Israel or in the diaspora. The Hanukkiah in the center of the spinner functions as a pointer, with a shamash that indicates the winning letter. Since finding a manufacturer who makes custom spinners, Krimsky has sold over 9,000 Fidget Dreidels. “I went from thinking that I was going to fail at this idea completely and spending the majority of my savings on it, to it finally being really miraculous,” he says. “I feel like my Hanukkah miracles are coming in early this year.”

The impossibly addictive spinners are $18 (chai!) for a set or $12 individually online, and a Kickstarter to keep manufacturing going is up for five more days. 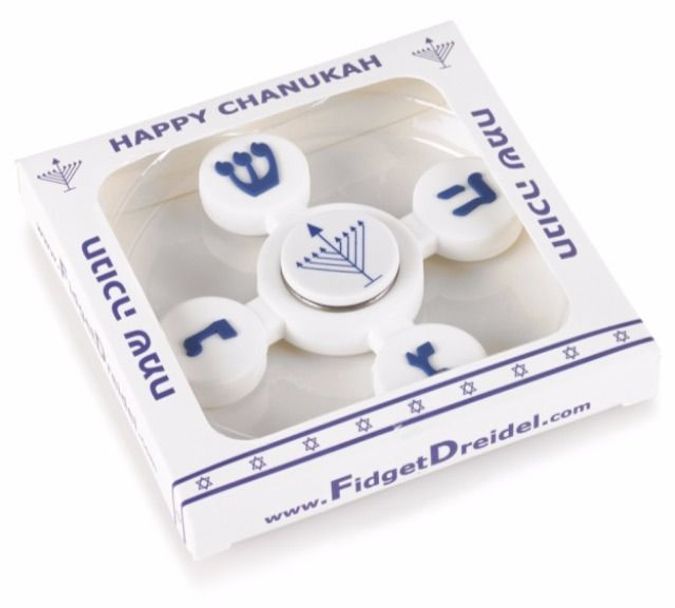