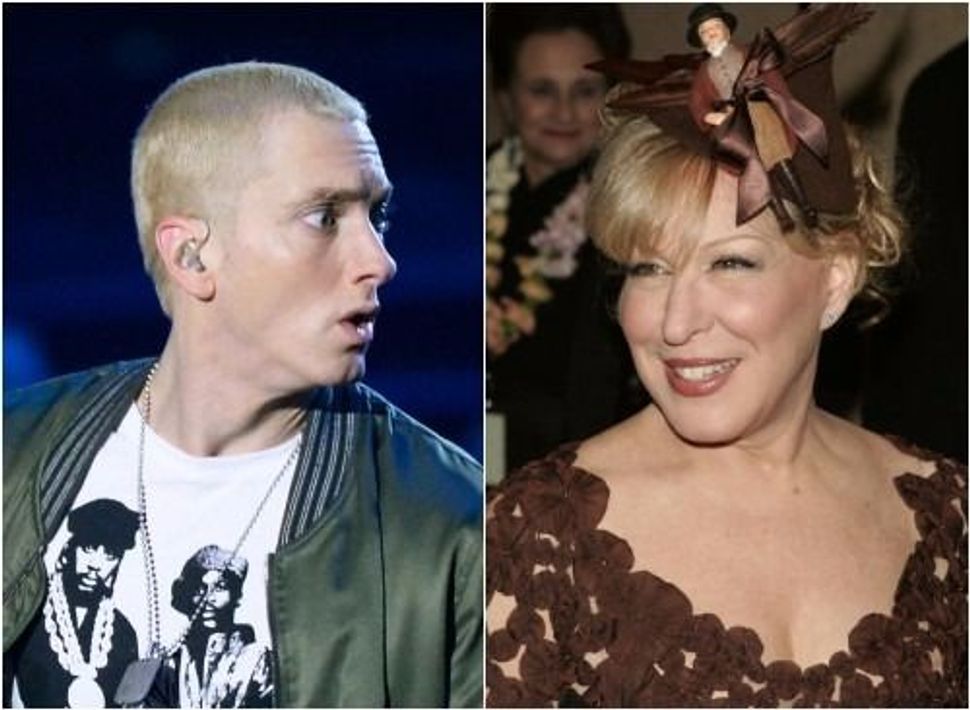 Some say “Love? It is a river.” And if those people are correct, then Eminem’s love for Bette Midler is the Amazon. The rapper, whose ninth studio album “Revival” was released on Friday, is packed with star power, from Beyoncé to Ed Sheeran to our very own member of the tribe P!nk. But the 45 year-old rapper, who made headlines in November for an excoriating freestyle rap aimed at the nation’s president at the BET awards, has a secret weapon whom he returns to again and again.

The Divine Miss M’s “The Rose” is sampled on Slim Shady’s comeback album — in one of its best received and most impressive songs, no less.

Yes, that is my version of “The Rose” on the new @Eminem track “ARose”…his new album “Revival” just dropped today.

In the final track on “Revival,” Middler’s cover of Amanda McBroom’s “The Rose” serves as a poignant musical backdrop for the rapper’s cathartic memories of his near-death experience with prescription drugs — particularly opioids. You know your fantasy about what your own funeral will be like? Imagine taking that, turning it into a rap, and layering it over a Bette Midler song. That’s what Eminem does in “Arose.” It’s fantastic.

But lest you think that Eminem is a stranger to Midler’s talent, Marshall Mathers has actually been rapping about Miss M since his first EP. In the lyrics to the track “Low Down, Dirty,” which are as clever as they are inappropriate to reproduce here, Em displays a sexual interest in Midler and then rhymes it with a reference to “Fiddler On The Roof”! How on god’s green earth is it possible that he didn’t win the Genesis Prize for this?

The New York Times called listening to the album in one sitting “triathlon-level exhausting,” which seems like the kind of thing only a person who has never completed a triathlon would write, but Broadway’s current “Hello Dolly” serving as the wind beneath Eminem’s wings is worth a listen.

Here’s hoping Eminem’s next album samples Barbra Streisand’s “Papa Do You Hear Me” from “Yentl.”