Are You Sure Meghan Markle Isn’t A Tiny Bit Jewish? 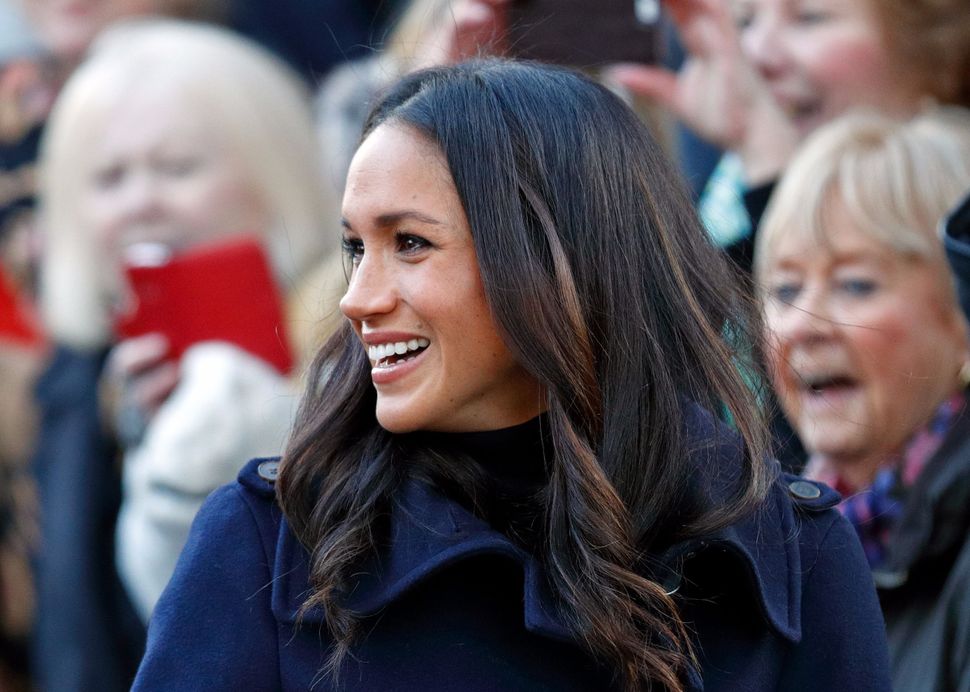 Meghan Markle, we owe you a chai-five Image by Getty Images

Let us take a moment to paraphrase a teaching from the Mishnah on the subject of atonement:

Last Spring we were ecstatic to learn that the beautiful and talented feminist courting Prince Harry of England, Meghan Markle, seemed Jewish. Her given name was Rachel, her wedding involved a hora, she casually deployed the word “Sephardic” in interviews, and the British establishment was buzzing with rumors about an upcoming “interfaith” marriage.

There was just one problem — Meghan Markle, then girlfriend, now fiancee of British royal Harry Windsor — is not at all Jewish.

We added this disclaimer to our Markle article, but people were still unhappy. “Stop trying to make everyone Jewish!” readers commented. “No one has the right to question another’s identity and use stereotypes to presume another person’s ethnic, religious or sexual affiliation,” Rebecca Jaye wrote in a letter to the editor of the Forward.

We were befuddled. Had we unfairly targeted Markle via stereotypes? She certainly didn’t seem like someone we’d met at Jewish summer camp or a doctor who went to Penn. But so many facts about her earnestly suggested her Judaism!

We must have been silly and self-obsessed to project ourselves on to the future duchess. For the sin we have committed against you by misappropriating your identity, ashamnu, bagadnu, gazalnu … you know the rest.

AND THEN WE SAW THIS PHOTO

Here’s a picture of Meghan Markle wearing a “Chai Maintenance” t-shirt if you’re wondering what we’ll be staring at for the next 48 hours at least. pic.twitter.com/sgeUOZ6kiA

Our friends at Alma tweeted this photo of Markle from 2005, which Popsugar unearthed today.

You will notice that Markle’s hair is straightened under her baseball cap, she is holding a Longchamp bag while standing in front of a sign that says “Feinstein” and, yes, her t-shirt is printed with a spiritually significant Hebrew pun. She is as Jewish-looking as Alan Dershowitz playing with a dreidel fidget spinner on Shemini Atzeret.

So we’ll say it one more time: Meghan Markle is not Jewish. But clearly, she’s still one of us.

Are You Sure Meghan Markle Isn’t A Tiny Bit Jewish?