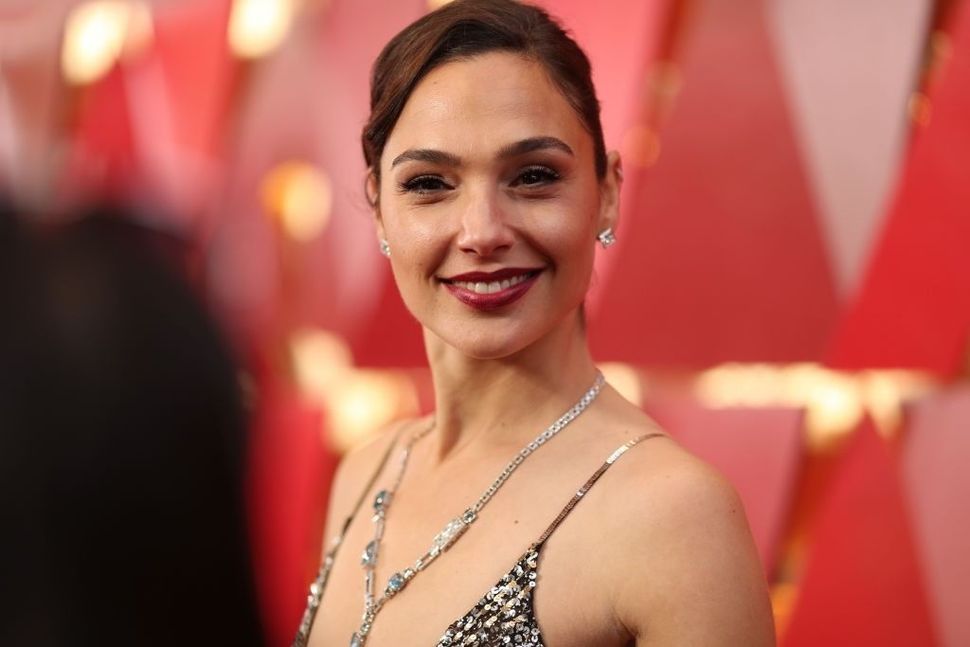 However, the show reserved the usual amounts of attention for the kind of slavish self-praise that reminds viewers that the unifying trait for all Oscar participants is that they enjoy magnificent wealth in a world where children starve and the sick live and die by social media fundraisers.

The biggest winners of the night were “The Shape Of Water,” which triumphed as best picture, with a best director statue for Guillermo del Toro. Frances McDormand, for “Three Billboards Outside Ebbing, Missouri” and Gary Oldman for “Darkest Hour” were predicted to win top awards in acting and did so. “Get Out,” Jordan Peele’s horror film about racism made history, as Peele became the first African-American person to win the award for best original screenplay. And “Call Me By Your Name” the tremendously Jewish gay love story won for the screenplay James Ivory adapted from Andre Aciman’s singular novel.

American treasure Allison Janney took home best featured actress for her role in “I, Tonya,” and Sam Rockwell won the corresponding award for his controversial role as a violently prejudiced police officer in “Three Billboards Outside Ebbing Missouri.” You can read the full list of winners on The New York Times right here.

Kimmel spent the evening complimenting African-Americans, the country Mexico, individual women on behalf of all women, women as a gender, and people who “make history.” With five minutes remaining in the ceremony Kimmel, who has benefitted from being a man during every second of his professional life, remarked “I wish I was a woman, I really do,” with such sincerity that you could almost forget that he got his start on “The Man Show,” which, in his words, worked “to stop the river of estrogen that is drowning us in political correctness.”

People change. But a welcome sign that women and artists of color are leaders and not tokens at the Oscars will come when they are serving as hosts, not visitors.

Next year, in increased inclusion.

And with that, if you care to join us…

An Exhaustive List Of Every Single Jewish Thing That Happened At The 2018 Academy Awards:

(Disclaimer: This list excludes random camera pans to the audience and moments in montages. If you notice any inappropriate omissions, the contact information for The Schmooze is at the bottom of this article. Editor’s Note: This article has now been appended to include moments readers noticed were omitted. Thank you to our loyal readers!)

2. Kimmel also shouts out to our man Bob Iger, CEO of Disney.

3. Kimmel accurately skewers Jewish nominee Timothee Chalamet, who looks like a human version of one of the “Aristocat” kittens, and compliments him for making a movie that “upset Mike Pence.” Frankly, if Jews are not looking feline at awards shows while upsetting Mike Pence by making homoerotic art based on novels by other Jews, what are we doing? Good job, Timothee.

5. The announcer invents a new pronunciation of “Gal Gadot,” making the unusual choice to butcher her first name instead of her last.

6. Gal Gadot and Armie Hammer, simultaneously two of the most beautiful Jews and humans who have ever lived, present an award together.

8. A commercial for the new ABC sitcom “Splitting Up Together,” which will star Jenna Fischer, Pam from “The Office,” who is not Jewish, and Oliver Hudson, progeny of Goldie Hawn, who is Jewish.

9. “Hope is a good thing, maybe the best thing, and no good thing ever dies,” Tim Robbins’ voice says during a montage, just as an image appeared of Anton Yelchin, the Jewish “Star Trek” actor who was killed horrifically two years ago.

10. “Baby Driver” stars Ansel Elgort and Eiza Gonzalez deliver the award for sound editing. “You’re just as brilliant at being a singer as an actor,” Gonzalez tells Elgort, who responds, mystifyingly, “thank you Eiza. The only difference is that these people get nominated for Oscars for it.” You can read our full coverage on the difference between Ansel Elgort and the world’s best film editors here.

12. Kimmel asks Spielberg if he has any pot.

13. Kumail Nanjiani and Lupita Nyongo present together, Nanjiani jokes that his given Pakistani name is “Chris Pine.” There’s nothing per se Jewish about this, but it’s far too charming to leave off the list. “To all the dreamers out there we stand with you,” they tell the camera.

14. A “Roseanne” reboot commercial advertises the show, which will star series originals Roseanne Barr, John Goodman, and Laurie Metcalf, with the tagline, “the family that looks like us… lives like us… and laughs… like no one else.”

16. Winning for “CoCo,” Jewish director Lee Unkrich delivers a speech that will serve as an example for all Jews for how to be allies to other minorities. It is one of the best of the evening.

17. In an attempt to redeem himself from an uncomfortable bit-turned-social-experiment last year, which highlighted the race and class distinctions between movie viewers and movie makers, Kimmel brings stars into a packed theater of civilians instead of the other way around. A shimmering Gal Gadot leads the way into a packed movie theater across the street, while Armie Hammer shoots hot dog cannons into the audience.

(Edit: Previously omitted) Tiffany Haddish, who we had no idea was Jewish, and Maya Rudolph, who we really had no idea was Jewish (her great-grandfather founded an early Conservative synagogue!) did possibly the one and only memorable bit in this entire evening, joking about white people’s fears that the Oscars are becoming “too black.” If it doesn’t spawn a movie trilogy, a shared-gig hosting the White House Correspondence Dinner in the next Democratic White House, and a line of comfortable high heels, I’ll eat my kippah.

18. Jewish filmmaker Frank Stiefel wins best documentary short for “Heaven Is A Traffic Jam On The 405.”

19. In a luminous performance with Andra Day, rapper Common sends love to the people of Parkland, saying “tell the NRA/they in god’s way.”

20. “There ain’t nothing to be scared of,” comedian Sarah Silverman, who has taken on an unusual role of late as an ambassador to broken America, says in a pre-taped segment about artists who broke through barriers this year.

21. In the same remarkable segment, introduced by Weinstein accusers Ashley Judd, Salma Hayek and Annabella Sciorra, filmmaker Barry Jenkins talks about seeing women crying in the theater at “Wonder Woman” and knowing “this is how white men feel all the time.” He says, “I imagine it is going to be the same thing with blacks people and ‘Black Panther.’”

22. James Ivory becomes the oldest person to ever win the award for best adapted screenplay, at 89. Wearing a shirt emblazoned with Timothee Chalamet’s face, Ivory won for adapting Andre Aciman’s book “Call Me By Your Name,” which you should read if you have ever enjoyed books before and if you haven’t.

23. Jordan Peele makes history by winning best original screenplay for “Get Out” and delivered heartfelt thanks to his sobbing wife, Jewish comedian Chelsea Peretti.

24. Kimmel jokes about Barbra Streisand having her dog cloned twice (she really did this) and offers “best wishes to Barbra and her dogs Lentil and Yentl.”

25. Kimmel salutes queen Sandra Bullock for her roles in “‘Speed,’ ‘Gravity,’ and ‘Crash,’ which also happen to be the three best reasons to never get in a plane with Harrison Ford.”

26. Joking that she looks 35 in the flattering theater lighting, Sandra Bullock says, “thank goodness I’m not presenting with Gal Gadot tonight, it would be like looking in a mirror for her.” Gal Gadot laughs in her signature charming way that is so exquisite it makes one want to throw oneself into a well.

27. Keala Settle lends her unbelievable vocals to nominated song “This Is Me,” by Benj Pasek and Justin Paul, from “The Greatest Showman.”

31. Do we forgive best actor winner Gary Oldman for being anti-Semitic a mere 4 years ago since he played Winston Churchill and thanked his mom so nicely? I will leave it to you to discuss at your Passover seders.

32. Frances McDormand leaps up to accept her award for best actress, kisses her Jewish husband Joel Coen on the cheek, and thanks him and their son, who were “well raised by their feminist mothers.”

33. In an increasingly electric speech, McDormand makes every single female nominee in every category stand up. “We all have stories we need to tell and projects we need financed,” she tells the room. “I have two words to leave with you tonight, ladies and gentleman — inclusion rider.”

34. But what is an inclusion rider?

An “inclusion rider” is a clause in an actor’s contract that requires the cast and crew be diverse in order to retain the actor. That’s kind of a brave thing to say on such a big stage.