Where’s The Matzo Emoji Then? 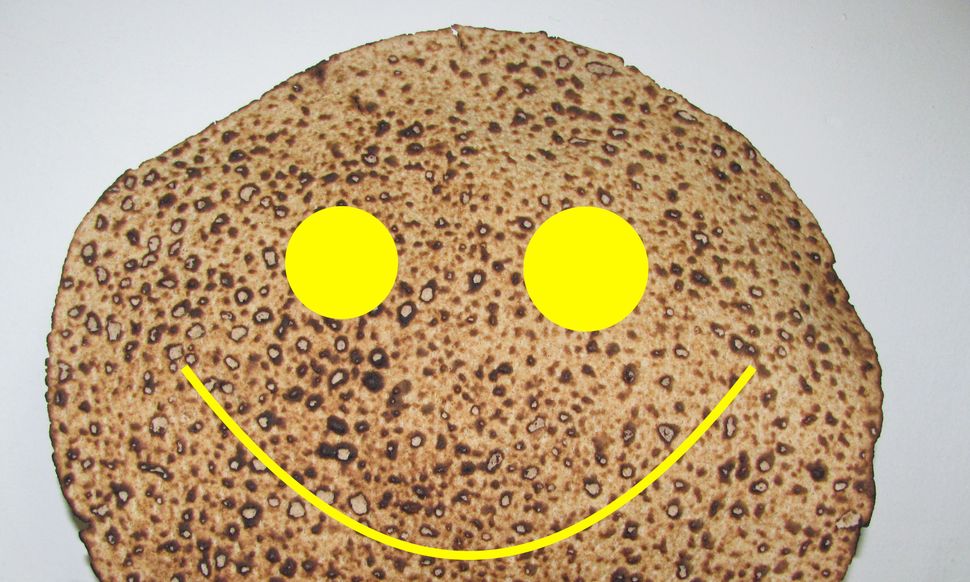 Despite the best efforts of our friends in Chicago, and the folks at emojidex, there is no accepted matzo emoji. That omission is clearly a result of an anti-Semitic tech conspiracy to oppose the Festival of Liberation.

There’s a manila folder, which isn’t a bad facsimile of matzo. ?

There’s a parchment roll which looks — and tastes — like matzo. ?

If we only care about the taste of matzo we can indicate it with this: ?

Or perhaps we want to qualify matzo as a form of bread. ??

In the Haggadah it’s referred to as “bread of affliction” so maybe we should use this combination of emojis? ??

Or maybe we should define matzo through its avoidance of hametz. ??

So, until developers give us something to work with (and their track record with bagel emojis is pretty poor), let us know what we should use as a matzo emoji.

Where’s The Matzo Emoji Then?