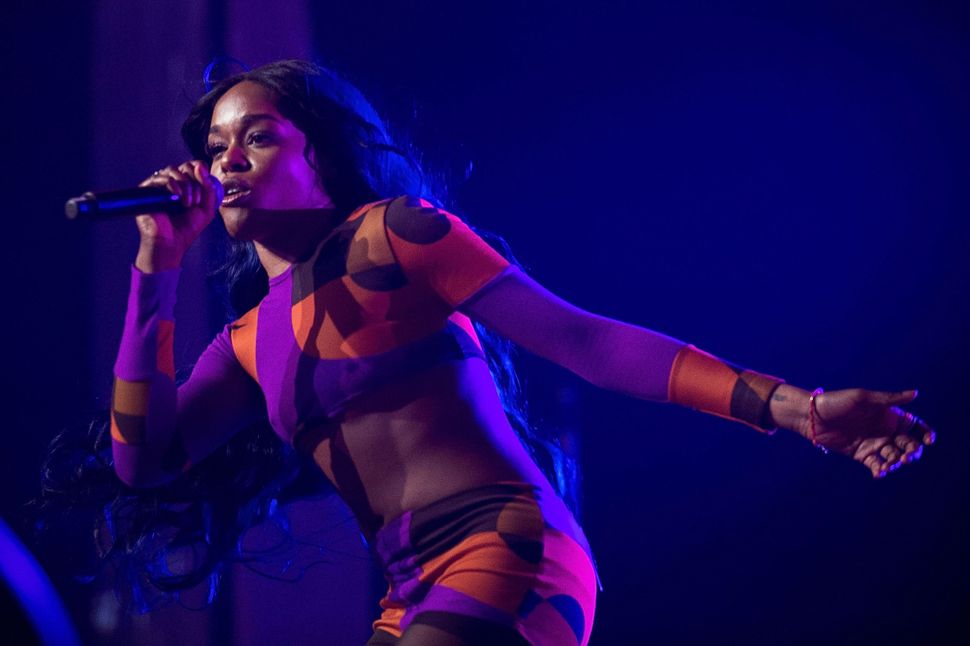 Azealia Banks says she’s never coming back to Israel. She also might be one of the country’s great defenders.

Banks courts controversy wherever she goes. The dynamo 26 year-old rapper has often received fair censure for her erratic behavior (go ahead and google her tiff with Sarah Palin) since she burst onto the scene six years ago with “212,” perhaps the greatest song about New York City ever written — eat your heart out, Frank Sinatra. She’s wildly talented, but prone to incendiary statements.

So it’s somewhat shocking that Banks’ tweets about her experience playing a show in Israel this weekend are the injection of truth Israel and Israel’s supporters around the world desperately need to hear.

In her brief time in the country, Banks reports that she was frequently coughed on, stepped on, treated with disrespect by service workers, and cut in line. She says she was solicited for sex by a rabbi who offered her money, and that she was held up at the airport as other people, specifically white people, went ahead.

Banks’ comments about Israel need to be put into context — the country has a culture that is pushier and more direct than Americans are accustomed to. Any Israelis will tell you that their countrymen don’t believe in lines. Just as early Israelis pushed for a country, contemporary Israelis push for the best produce at the shuk. And if you’ve never travelled to Israel, security procedures at Ben Gurion may feel like a personal affront.

At the same time, Israel has a real and documented problem with social and institutional racism, including against black people. It is widely acknowledged that Israeli security organizations use racial profiling unapologetically. Specifically, recently Donald Trump touted Israel’s methods of racial profiling for counterterrorism as a security model to adapt.

Reject Banks’ statements as crazy or oversensitive all you want, but you can’t deny her experience. If you’re white or white-looking, you probably don’t know what Banks now knows — traveling in Israel while black is no fun at all.

And yet, Banks also defended Israel against charges that it is an apartheid state. In a fierce retort other celebrities would not dream of, Banks responded to a tweet calling her to boycott Israel with a delicious criticism of the blind hypocrisy of BDS.

Honey. The United States of America is a white supremacist country. Can’t condemn another country without first examining yourself. PLUS the audience was about 50% ethnic Arabs and 7% East African. There ARE black Jews sis https://t.co/ThJzPjLyGD

In just a few characters, Banks zeroed-in on the remarkable pretense of many Israel critics and highlighted a simple truth that most Jews and non-Jews seem incapable of wrapping their minds around: Black Jews exist. And they endure double discrimination.

I didn’t get paid enough to put up with the social culture in Israel tbh. I won’t be coming back unless it’s for some real money

Thanks, Banks. Israel — let’s try for a better welcome next time.