Miss Israel Is Done With the Army: ‘I Finish It With Pride’ 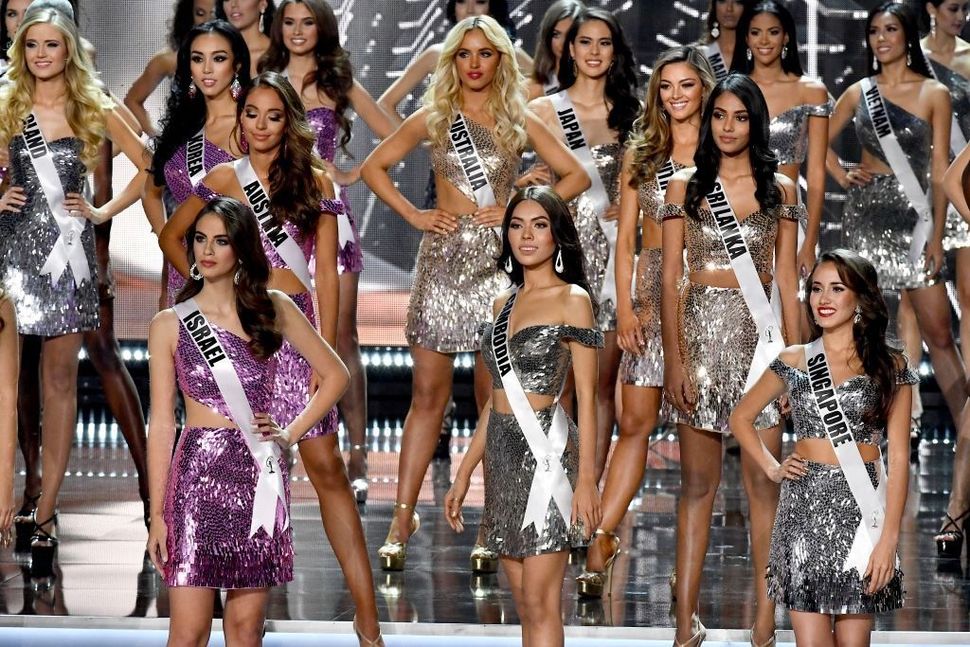 Who has two thumbs, the “Miss Israel” crown, a modeling career, an athleisure line and a successful diplomatic international success under her belt, and finished her service in the Israeli army this week?

Sooo two years have passed and today I am saying goodbye to the IDF. Thanks for everything but I’m done! ✂️ מ ש ו ח ר ר ת ✂️

The 20-year-old was catapulted to sudden fame last year when, representing Israel at the Miss Universe pageant, she met a woman named Sarah Idan, the representative of Iraq. The two women posted pictures of themselves with their arms around each other, attracting massive attention and controversy. Gandelsman was mostly lauded by Israeli public figures while Idan’s extended family was forced to flee Iraq. Idan travelled to Israel in June to reunite with Gandelsman and tour the country.

And the whole time, Gandelsman was quietly serving in the Israeli Defense Force. On Tuesday, she posted images to her social media showing her slicing up her army ID card — before you cry foul, the practice of cutting up IDF cards on the last day of army service is a long tradition with zero ideological significance. After a few ignorant critics jumped in to call Gandelsman ungrateful, she defended herself, writing: “The military service in Israel for women is 2 years and I finish it with pride! Check before you say something about my service.”

Mazal, Adar! May you go from strength to strength.

Miss Israel Is Done With the Army: ‘I Finish It With Pride’