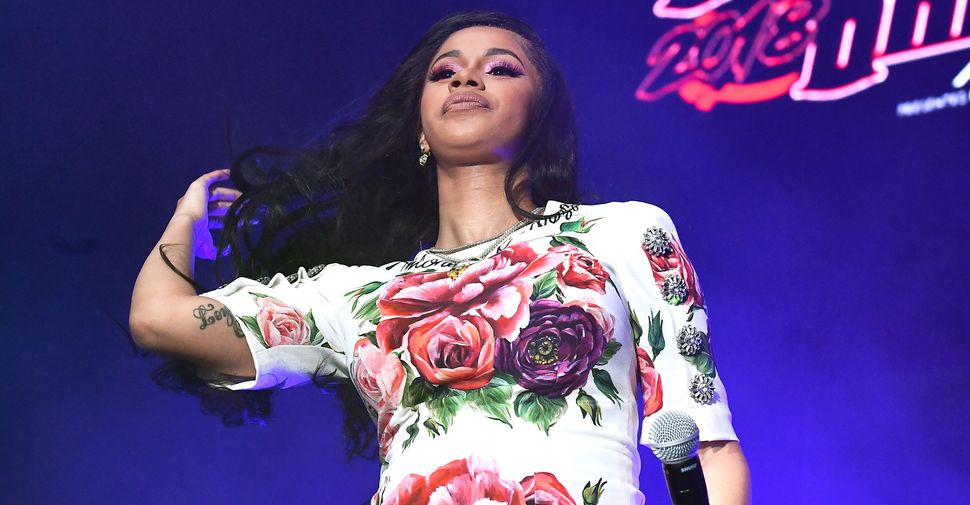 Cardi B Image by Getty Images

“Only the real can relate,” as she sings, to the life of hip hop darling Cardi B. And many real women will be relating to Cardi today, for her decision not to go through with her tour with Bruno Mars, which would have begun in the Fall.

Cardi had a baby girl, Kulture, with her husband, performer Offset of the band Migos, on July 10. “I thought that after giving birth to my daughter that six weeks would be enough time for me to recover mentally and physically,” she wrote on [a note posted to Instagram](wrote on a note posted to Instagram, late Thursday night.) late Thursday night, adding that she could not leave her daughter behind and that her doctor had advised her that it wouldn’t be safe for the baby to travel the 24 tour dates. “I think I underestimated this whole mommy thing,” she added.

The “Bodak Yellow” rapper thanked Bruno Mars for being “so supportive and understanding.” Uber-Grammy winner Mars responded with his own gracious note on social media, writing, “You are absolutely doing the right thing. I know we’ll share the stage when the time is right.” Her and her family’s health, he wrote, are paramount.

So there you have it! Two mega-stars acting like mensches in a hard situation. A woman forced to make a painful choice concerning motherhood. A man acting like a consummate ally. They’re both drippin’ in finesse.