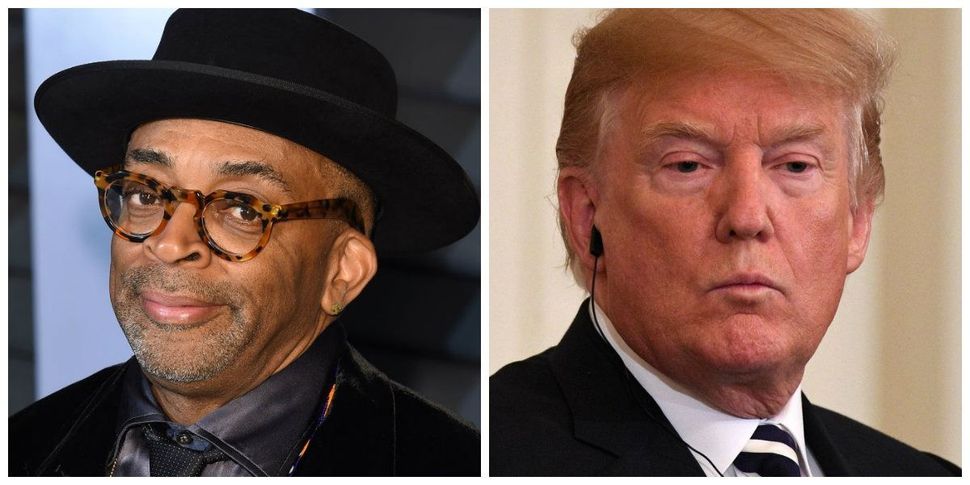 Spike Lee’s “BlacKkKlansman” opens on Friday. It was already a smash hit at Cannes and has been pulling in stellar reviews from critics — even David Duke, portrayed in the movie by the affable Topher Grace, has put in a good word for Lee. But the one critic Lee hopes will take time to screen the film is America’s current director, Donald Trump.

“BlacKkKlansman,” based on the true story of how black police detective Ron Stallworth infiltrated his local KKK chapter in the 70’s and rose through the ranks using a Jewish body double, would be an educational experience for the president, Lee said. Telling Yahoo News that he would refuse a request to visit the White House and allow the president to test-drive the movie, Lee answered in the negative. “I do think they should screen this film at the White House,” he said, suggesting that Trump could invite KKK former grand wizard David Duke for a viewing party. “Because they’re both in it,” he added.

Lee, whose movie reportedly does not skimp on portraying the anti-Semitism that goes hand-in-hand with racism within white supremacy, also revealed that the movie will be dedicated to Heather Heyer. Heyer, who was killed in a terrorist attack while protesting the Unite the Right rally in Charlottesville last August. With Heyer’s mother’s permission, Lee said, he was determined that audiences see her name on the screen. “I think that with this crazy news cycle, stuff gets forgotten,” he said. “I don’t want people forgetting the life of Heather Heyer; I don’t want people to forget this act of homegrown American terrorism that murdered Heather Heyer.”

“BlacKkKlansman” is in theaters on Friday, August 10.