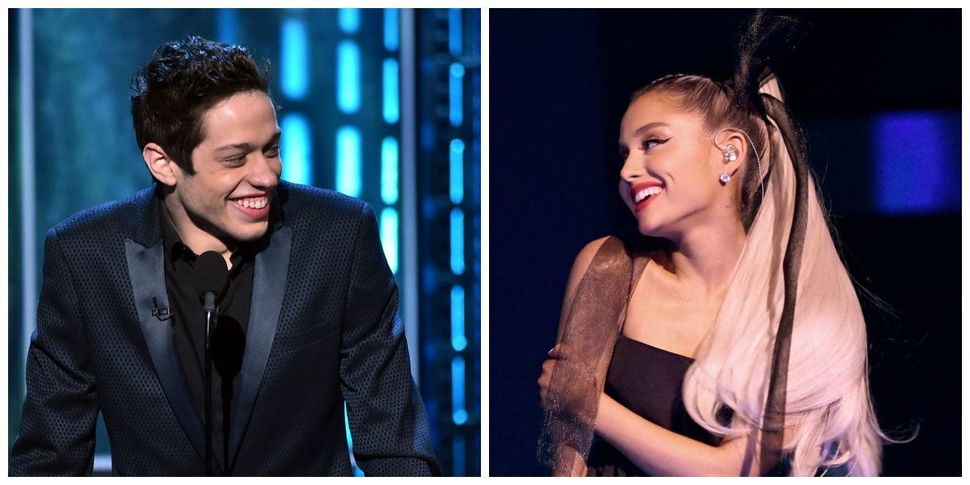 Donning an eight-hundred dollar cardigan and calling interest in him “bulls**t,” Pete Davidson talked to Allie Jones for GQ about fame, fortune, and life as the fiancé of Ariana Grande.

It’s been documented by therapists that anxiety rates soared during the 2016 election and Donald Trump’s first term — it’s being called “Trump Anxiety Disorder.”

It feels impossible to believe that there’s not another emerging psychiatric condition in smaller quarters, called “When Will I Fall Into Paroxysms of Ecstasy Due To A Whirlwind Love Affair With A Dashing Celebrity Anxiety”?

The bleached, Burberry-clad Davidson spoke in more specifics about his relationship with Grande than he tends to — she bought their $19 million Manhattan apartment, he said. He picks up the groceries. “She’s really sweet. She’s like, ‘This is our house,’ and I’m like, ‘You’re very nice for saying that. Thank you for letting me stay here,’” he says. “She’s like, ‘We’re getting married!’ And I’m like, ‘I know, thank you for letting me stay here.’”

Well! What an alarming interpersonal dynamic!

But he seems happy. The apartment, Davidson said, is not yet furnished. “We have six beanbags, but we have no forks,” he says. “We’re learning how to be adults. We’re having a really fun time.”

He likes to drive around in his Mercedes. He likes wearing ghoulish face masks. The wedding to Grande is “definitely going to happen, for sure.”

“All I know is that I’m the luckiest guy in the world,” he said.