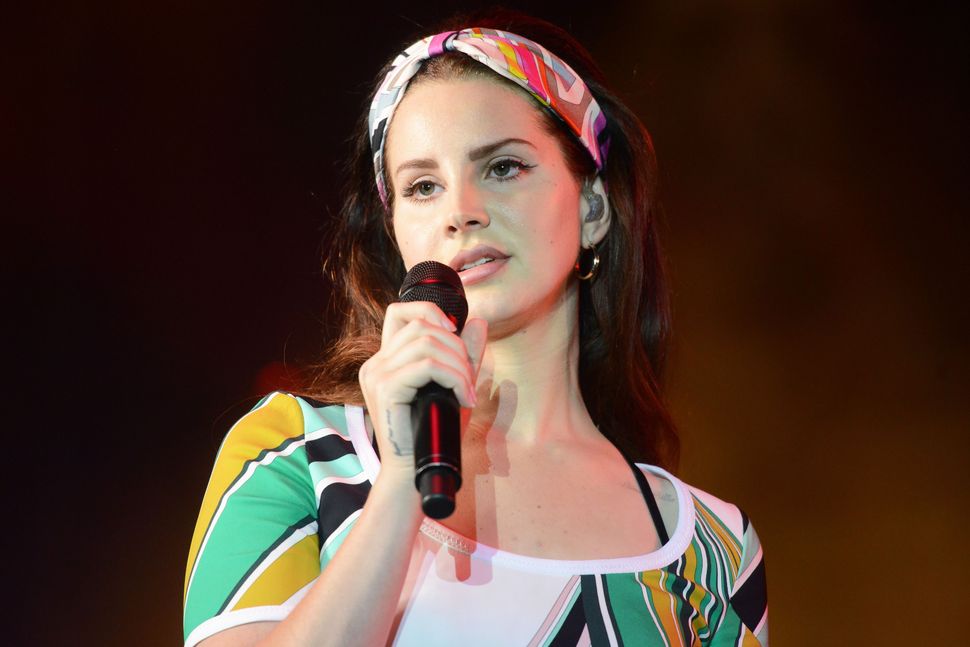 Pop maestro Lana Del Rey has caved to weeks of pressure, canceling her plans to headline a concert at an Israeli festival under pressure from critics of Israel. The announcement, which the singer posted Friday on her Facebook page, is the outcome of a drama that has been slowly unfolding since 2014, and mirrors a path Del Rey’s contemporaries have walked before her.

Del Rey’s initial plans to perform in Israel were set long before this summer — 2014. Del Rey was scheduled to perform in Tel Aviv that summer, but canceled citing safety reasons when war broke out in Gaza. The long-delayed performance was rescheduled for this summer, when Del Rey was booked to headline an outdoor music festival in the Northern Galilee.

Though the singer received heavy criticism from fans immediately following this announcement, she posted a statement to her fans insisting that her performance would emphasize peace. “I would like to remind you that performing in Tel Aviv is not a political statement or a commitment to the politics there, just as singing here in California doesn’t mean my views are in alignment w [sic] my current government opinions or sometimes inhuman actions,” she wrote.

Del Rey continued to field complaints from fans and criticism from people like famed anti-Israel musician Roger Waters. She responded to the criticism, saying she planned to add a visit to Palestinian areas to her trip rather than boycott Israel.

Then, on Friday, she posted a note on social media, explaining that she would be “postponing” her appearance at the festival “until a time when I can schedule visits for both my Israeli and Palestinian fans, as well as hopefully other countries in the region.”

This is reminiscent of all the times American stars have refused to perform in Russia until they can also get a booking in Georgia, Kazakhstan, and Uzbekistan. (No, it isn’t, that has never happened.) Del Rey uses the language “postponing” and “rescheduling,” but if what she’s waiting for is for the world to accept that Israelis are no less deserving of entertainment than Americans or other Westerners, we’ll be waiting a long time.