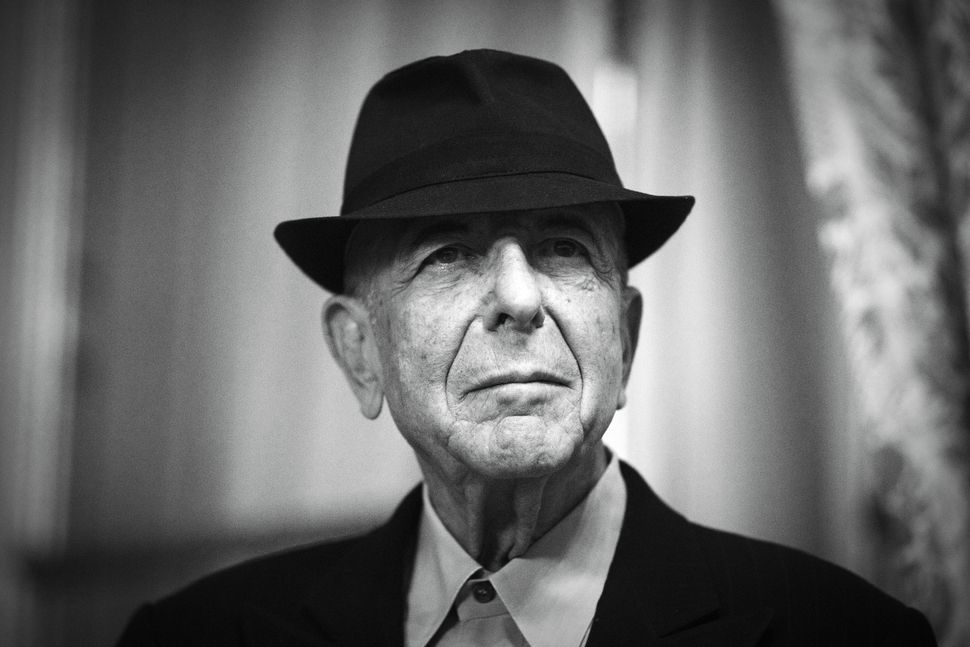 Leonard Cohen, not here for your nonsense Image by Getty Images

Hold on to your fedoras, my friends: Leonard Cohen has spoken from beyond the grave, and the message is: To hell with Kanye West.

Yes, just when you think 2018 can’t get any wilder, the lately deceased unofficial poet laureate of the Jewish people pipes up to deliver a warning about false prophets that is chilling, profane, and really, really funny.

Cohen, who you know either as a brilliant and prolific renaissance thinker and rocker or as that guy who wrote “Hallelujah” died in November 2016, at age 82. But a book of his poetry, “The Flame,” completed just before his death, was released earlier this month, shepherded to publication by the artist’s son Adam Cohen. “This is what he was staying alive for,” Cohen told the Guardian of his father’s final work.

And to Cohen’s memory we shout “hallelujah!” because, well, look at this:

“Kanye West Is Not Picasso” by Leonard Cohen, from Cohen’s new book ‘The Flame.’ pic.twitter.com/w5lUfkjdYv

How is it possible that in 2015 a nearly octogenarian man was able to capture a zeitgeist that would only flame out further after his death? West is a rapper whose body of work typically gazes inward — in spite of his genius, he can’t see farther than the end of his own Adidas Yeezys. Riffing off the narcissistic rapper, who today is scheduled to meet with President Trump and Jared Kushner, Cohen mocks men who proclaim not just their greatness, but their supremacy. He ridicules their belief that they are not just leaders but deities, men who have no respect for anything in history. “I am the real Kanye West” writes Cohen, with a true prophet’s foresight. “I only come alive after a war/And we have not had it yet.”

The bad news: Cohen anticipates a war, and Cohen is rarely wrong.