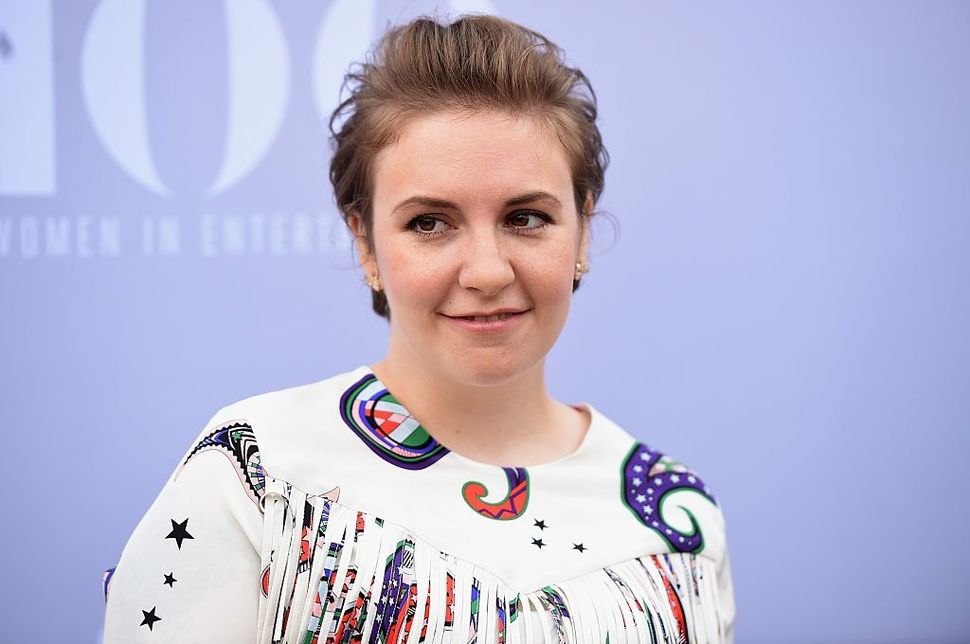 Lena Dunham has signed on to write the screenplay for a Steven Spielberg and J.J. Abrams movie about the survival of Syrian refugee Doaa Al Zamel, Variety reported today.

Here at the Schmooze, what we noticed first is that this list is stacked with Jews!

What we noticed second is that this list is really white. And really Western. Specifically, none of these creators can speak at all to the experience of being a refugee from a violent situation, or of life in Syria. Dunham, Spielberg, and Abrams have immigration stories in their family, but they’re all 3rd generation Americans at least — their immigration stories are distant and extremely different from that which a Syrian refugee might experience today.

Dunham will adapt “A Hope More Powerful Than the Sea: One Refugee’s Incredible Story of Love, Loss, and Survival,” the true story of Al Zamel, a 19-year-old Syrian woman who escaped her country’s civil war for Egypt, only to undertake a journey across the sea which left her stranded in the water, clutching her two toddlers. The book was written by chief spokeswoman for the United Nations High Commissioner Melissa Fleming, who is also a white woman.

Huh. The Internet has plenty of rage for Dunham, but little for Spielberg and Abrams, the men who hired her. Spielberg has spent more time in boats, I suppose. But if you want to ask why a story about a Syrian refugee is being made by zero people who are Syrian or refugees, ask all three of them.