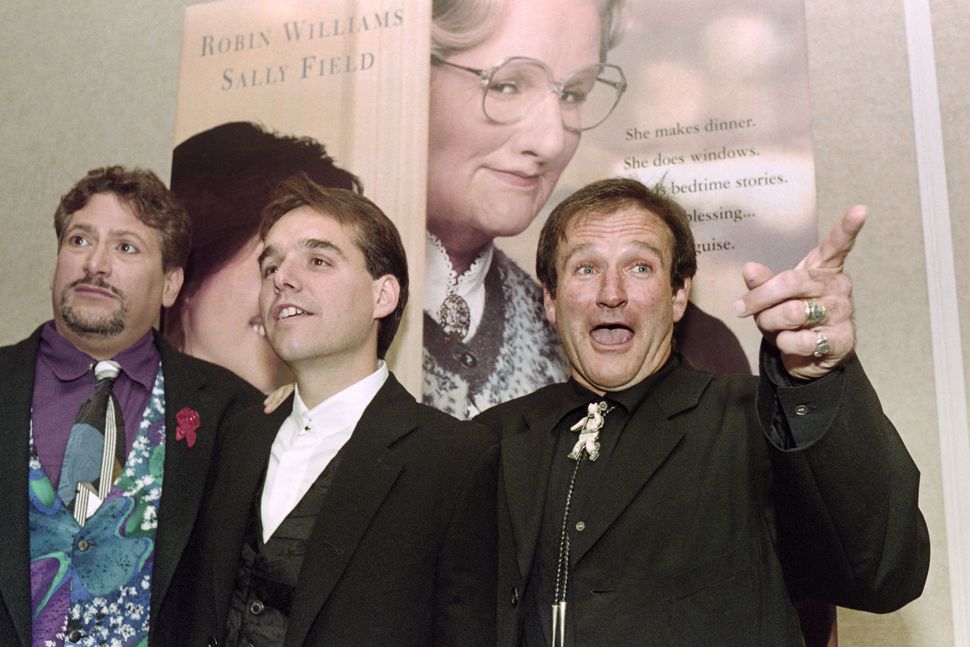 It’s been 25 years since “Mrs. Doubtfire” splashed onto the big screen and into our hearts. The star-studded cast, minus the late Robin Williams and legendary Sally Field, recently gathered for a group interview on the Today Show to honor the milestone and remember the beloved Williams.

Lisa Jakub, Matthew Lawrence, Pierce Brosnan, and Mara Wilson spoke with NBC’s Gadi Schwartz about their experience as stars of the cult-classic and the profound impact that Robin Williams had on them during their time filming. Jakub, Lawrence, and Wilson played the three Hillard children, with the then fairly unknown Brosnan as their mother’s love-interest.

The 1993 film was an immediate box-office hit. Williams, as the wacky yet lovable dad-in-disguise, captured hearts across the world. Robin Williams suffered from severe Lewy Body Dementia, and died by suicide in 2014.

Asked about Williams, the actors turned wistfully over Williams’ unsurpassed dexterity as an actor. Brosnan said that witnessing the Hollywood veteran in action was simply enchanting. “To watch his artistry, his commitment, his passion, his humanity, and just his hard work and commitment to the role, and to everyone on the set, it permeated all our lives,” he said. Working with Williams, Brosnan said, “was just sheer heaven.”

Wilson, who was five years old during filming, raved about the Williams’ innate charm. “He was so great with kids … He was very kind, very giving, very funny…a consummate performer,” she recalled.

Lawrence described Robin Williams as a “guiding source,” and said that he looked up to the star for both his acting chops and mentorship. Williams, apparently, urged him to stay away far away from drugs.

Jakub also speaks about Williams’ take on darker, more personal matters. She, too, thought of him as a mentor due to the candid way he’d engage her in taboo discussions and offer advice. “One of the most powerful things for me about working with him is that he was very open and honest with me talking about his issues with addiction and depression,” she said.

The actors’ warm memories of the late Williams Bring to mind Mrs. Doubtfire’s sage words: “If there’s love, dear… those are the ties that bind, and you’ll have a family in your heart, forever. All my love to you, poppet, you’re going to be all right… bye-bye.”

Tamar Skydell is an intern at the Forward. You can contact her at skydell@forward.com