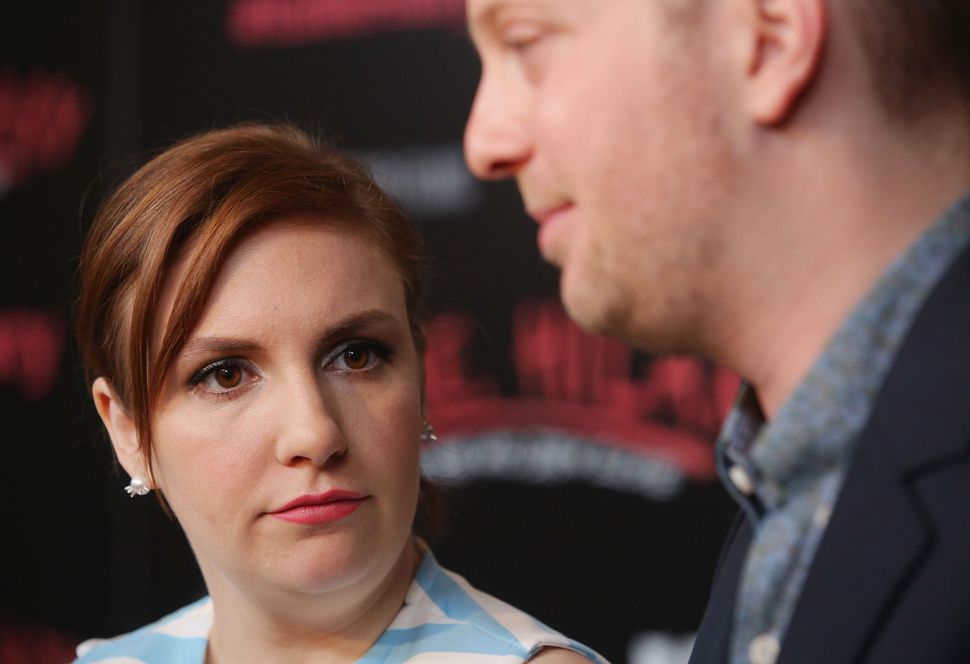 Lena Dunham has apologized to the actress Aurora Perrineau, whose account of being raped by the writer Murray Miller Dunham disputed in a public statement in November 2017. At the time, Dunham wrote that “insider knowledge” of the situation made her certain that Perrineau “misreported” the assault.

In the apology letter, published in the Hollywood Reporter on Wednesday, Dunham writes at length about her own sexual trauma and admits that her claim of “insider knowledge” that would exonerate Miller was made up.

In November 2017, the Wrap broke the story that Perrineau filed a police report stating that Murray Miller, a writer and producer on Dunham’s HBO show “Girls,” had raped her in 2012, when she was 17 years old, and Miller was 35. In her statement, given while taking a polygraph, Perrineau said, “At some point, I woke up in Murray’s bed naked. He was on top of me having sexual intercourse with me. At no time did I consent to any sexual contact with Murray.”

Miller and his lawyers denied Perrineau’s accusation, claiming that Perrineau went to police only after she “sought substantial monetary damages” from Murray and was refused. A month later, Miller’s lawyers, claiming a “misunderstanding,” apologized and admitted that “neither Ms. Perrineau nor her attorney have ever made a demand for money.”

On the same day that the Wrap reported Perrineau’s accusations, Dunham and her co-show runner on “Girls,” Jenni Konner put out a statement in the Hollywood Reporter defending Murray and attempting to discredit Perrineau. “While our first instinct is to listen to every woman’s story, our insider knowledge of Murray’s situation makes us confident that sadly this accusation is one of the 3 percent of assault cases that are misreported every year,” they wrote, concluding, “We stand by Murray and this is all we’ll be saying about this issue.”

Dunham retracted the statement shortly after it was released, having fielded mass criticism calling out Dunham’s feminism as selective and accusing her of only defending white women (Perrineau is black). “I naively believed it was important to share my perspective on my friend’s situation as it has transpired behind the scenes over the last few months. I now understand that it was absolutely the wrong time to come forward with such a statement and I am so sorry,” Dunham wrote in a note, this time on her social media.

Over a year after Dunham retracted her defense of Murray, she has written a longer-form essay apologizing to Perrineau directly, published in the Hollywood Reporter on Wednesday. “There are few acts I could ever regret more in this life,” she wrote. In a sentence tucked deep in a lengthy essay about the cultural climate, her role in Perrineau’s story, and her experiences with sexism and sexual assault, Dunham revealed this: “I didn’t have the ‘insider information’ I claimed but rather blind faith in a story that kept slipping and changing and revealed itself to mean nothing at all,” she wrote.

This is salient — Dunham did not just favor one person’s story over another, she also alluded to the public that she and Konner held secret information that would discredit Perrineau’s story. But Dunham says now that she had no such knowledge or evidence.

In the rest of the apology, Dunham writes extensively about her experiences with sexual trauma and being a woman in a climate of sexism and abuse. The construction of her apology is reminiscent of Kevin Spacey’s in October 2017, when he apologized to Anthony Rapp for assaulting him as a child and in the same statement came out as gay.

“I know I’m not alone when I say that this year has also been hell,” Dunham writes in her opening paragraph. It sure has. But an apology letter — for discrediting the report of an alleged rape victim — is a wild place to try to mine for sympathy.