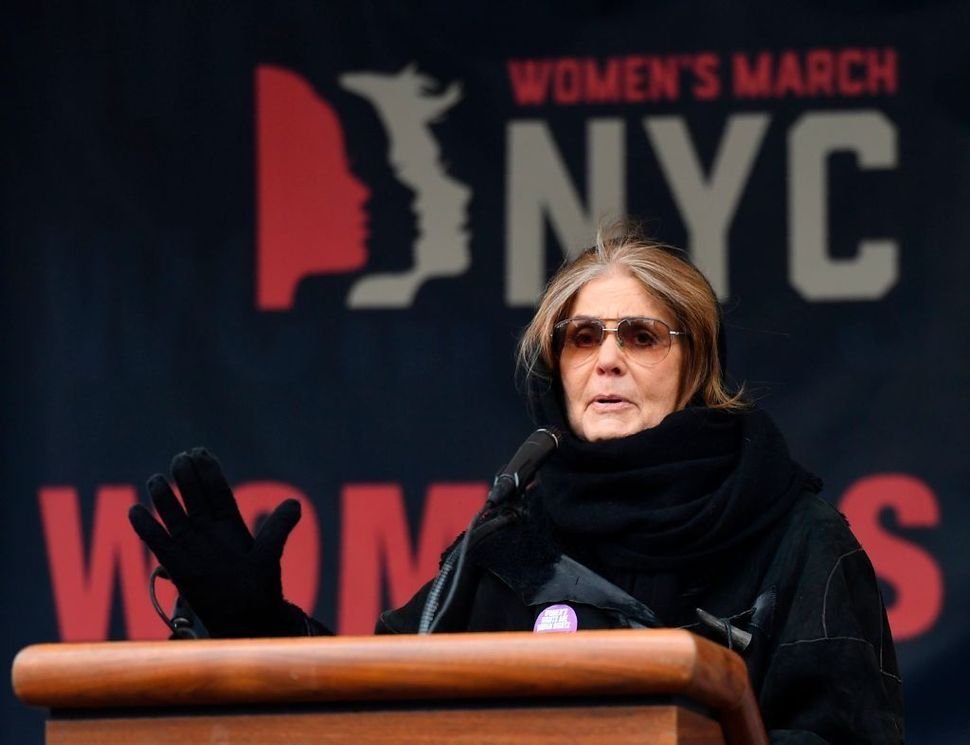 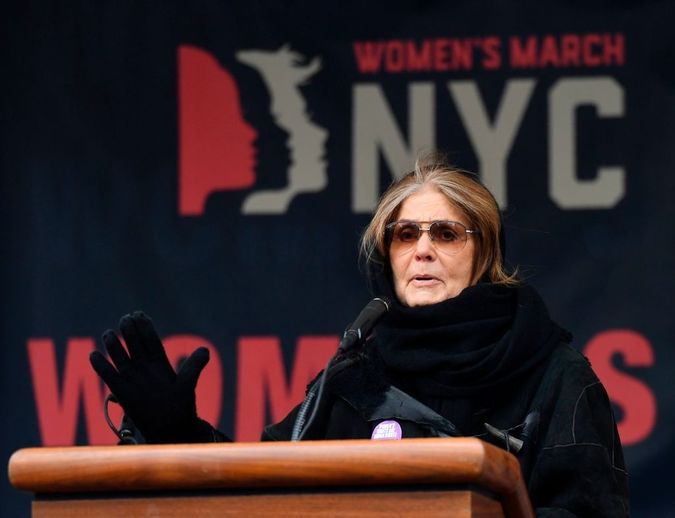 Feminist and Jewish icon Gloria Steinem declared her total allegiance to the national Women’s March movement on Saturday, in spite of the roiling controversies and accusations of anti-Semitism that have been leveled against some of the march’s top leadership.

Steinem took the small stage in New York City’s Foley Square on Saturday morning wrapped in a black pashmina, and roused the crowd despite arctic temperatures. “My friends and co-conspirators!” she shouted. “This is exactly where you should be!”

This was a pointed statement, considering that the question of where Jews should be on Saturday had reached a feverish pitch ahead of the third annual march. An ongoing debate raged over whether or not praise by Women’s March leaders, specifically Tamika Mallory, of openly anti-Semitic Nation of Islam leader Louis Farrakhan, should preclude people from attending the march, and the New York City march experienced a schism. The uptown march, organized by the Women’s March Alliance, had denounced the national Women’s March leadership, which in turn sponsored the downtown Foley Square rally attended by Steinem.

The downtown rally answered the controversy by featuring a speaker from Jewish Voice For Peace, a Jewish-Palestinian woman who denounced the use of teargas by officials at the US-Mexico border as well as by Israel at the edge of the West Bank. Steinem referenced the group in her energetic speech, declaring, “We have everyone from Jewish Voices for Peace to the Lower East Side Girls Club…I would not be any place else at this moment.”

The longtime activist denounced President Trump and urged her audience to move to get rid of the electoral college and to turn out to vote in 2020. “He has made us more activist — more woke — than I have ever seen in my entire lifetime,” she laughed, reminding rally attendees that they might leave today “with a new job or a new love affair.”

“I would not be any place else at this moment,” she said.