Is God A Black Woman Or A White Man? TV Can’t Decide. 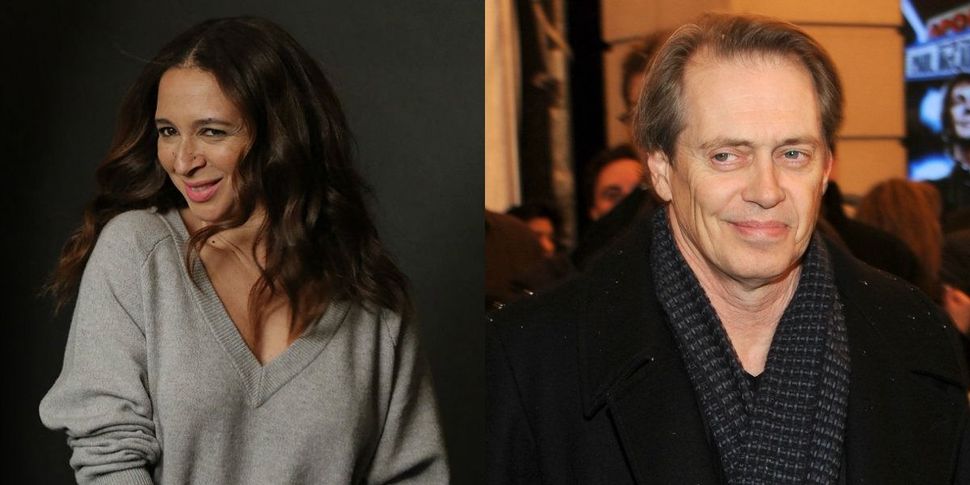 A Jew dies and goes to heaven. Standing at the pearly gates, she sees…wait — is that Maya Rudolph? Or Steve Buscemi? Or can she not see anyone at all?

An uncanny theological dialogue has quietly broken out in the splashiest of places — network television — where three different shows, all by Jewish creators, portray God. One is a multiracial black, Jewish woman. One is a white, Italian man. And one God cannot be seen.

These days, God is all around, if you just turn on your TV.

Paging Michael Shur, Simon Rich, and Bryan Wynbrandt and Steven Lilien, the creators, respectively, of “The Good Place,” “Miracle Workers,” and “God Friended Me”: Are you guys okay? Is there anything you want to talk about? Can we put you in touch with a rabbi, or lend you a copy of Martin Buber?

In the meantime, let’s meet these Gods:

The irreverent-yet-reverent smash hit of moral philosophy and fart jokes, “The Good Place” features a fitting “God” character — Judge Gen (it’s short for Hydrogen, since that’s the only thing that existed when she was born.) She likes burritos, doesn’t know anything about Earth, and does her best to be fair. She’s played by beloved comedian Maya Rudolph, an actress who is black and an Ashkenazi Jew. Rudolph’s God is funny and weird and not-necessarily-moral, and not necessarily God.

Similarly to “The Good Place,” Jewish wunderkind Simon Rich’s new show attempts a kind of parable in which we realize that life after death is just like life. So perhaps it’s fitting that God is, as he has so often been fashioned, an old white dude. Played by Steve Buscemi, the “God” of “Miracle Workers” looks more or less like the mental heuristic white Americans tend to hold fast to when we imagine a humanoid God. Either that or that’s just a really generous over-thinking of this issue and producers cast a white man as God because they thought that would be most believable for viewers. Rich’s God (the new TBS show is based off his novel; Rich is also the executive producer) is a scummy depressive who watches TV in a bathrobe. Like Judge Gen, he is kind of bad at his job, and is played by a beloved character actor.

“God Friended Me” has a Christian-seeming ethos — discussions of blind faith, shots of light slanting through windows, and, more to the point, a preacher’s kid protagonist whose atheism is challenged when he receives a Facebook friend request from “God.” But both of the show’s creators, Bryan Wynbrandt and Steven Lilien, grew up Jewish. Wynbrandt and Lilien were drawn to the idea of Facebook, arguing that “social media is a really interesting metaphor for religion in that way because it started off as a great way for all of us to stay connected. And now it’s become this divisive tool.” It’s also an interesting way to stay in touch but invisible — the “God” of their show is not corporeal. Their God is also the least endearing.

So who is God? Or, short of answering that rather tricky question, who is God when realized most movingly and insightfully on our TV screens? In 2019, there are three drastically different visions of omnipotence on prime time. But one thing remains steadfast: the vision-havers — Schur, Rich, Wynbrandt, and Lilien — are all men.

Some things, I guess, are just eternal.

Is God A Black Woman Or A White Man? TV Can’t Decide.