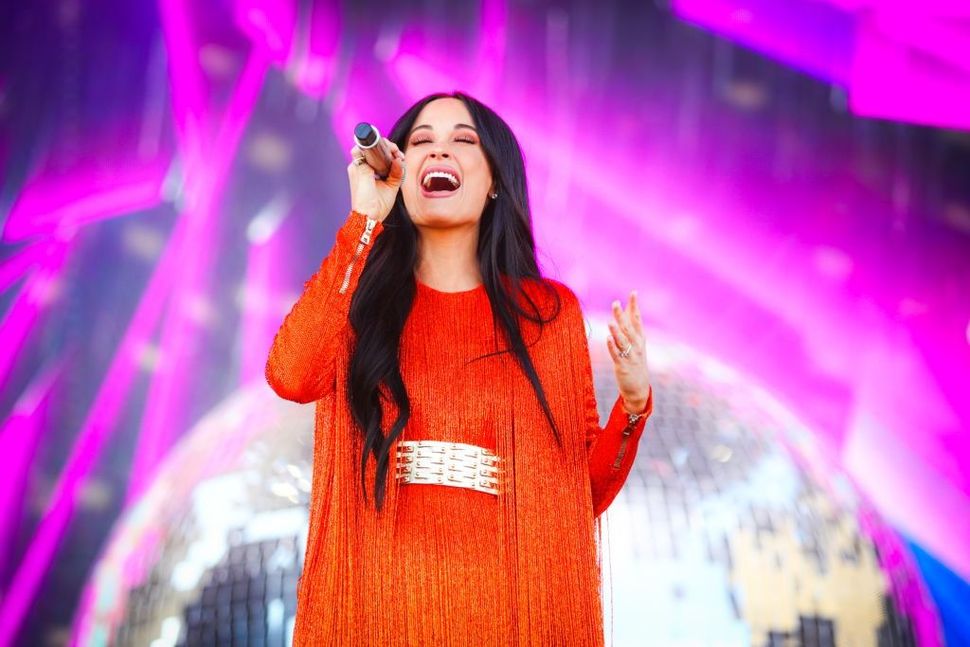 Driving up Route 206 in the pouring rain on the way to my parents’ home in northern New Jersey, I slammed my foot on the brake, trying not to hit the car in front of me. Saturday morning traffic on 206 is a nightmare. As I waited at the stop light that would allow me to continue north, my mind began to wander.

Closing my eyes for a moment, I thought about my hometown synagogue. It had been months since I last attended. Though I had only moved an hour south of my childhood home in Randolph, I was so busy with my job at Princeton University Hillel that I had no time to go back to my hometown for Shabbat services. Gazing out my windshield at the wipers that kept pushing away the rain, I could feel my heart hurting.

I hate driving in the rain. And at that moment I had never felt more disconnected from my spirituality or hometown Jewish community. Would I ever make it back to synagogue? I wondered. Turning up a song by my favorite artist, I tried to make myself feel better. Filtering through my speakers and out onto the drizzly 206 was Kacey Musgraves’ song “Rainbow.” In it, the country music star sings to a person stuck in a storm – “There’s always been a rainbow hangin’ over your head.”

It wasn’t the first time I had listened to Musgraves’ music for comfort while driving home to Randolph on the weekends. That spring, listening to the breakthrough country singer had become my version of Shabbat morning services. Because I typically worked at Hillel on Friday nights, I rarely had time to participate in Shabbat evening prayers. I couldn’t help but remember how before I took my job, I used to attend Shabbat services weekly.

Now, when I’d drive home to Randolph on Saturday mornings, I’d listen to the lyrics of the Texas-born country star. Before I knew it, the highway had become my sanctuary. For the hour and fifteen minutes I was on the road, the other cars made up my congregation and Kacey Musgraves became my on-the-go Rabbi. Her songs, that spring, had become my prayers and the soundtrack to my life.

I had never enjoyed country music. I associated the genre with pick-up trucks and beer – a lifestyle to which I didn’t relate. The first time I heard Musgraves’ music, it was Passover and I was sitting in the backseat of my Dad’s sedan. As my family drove home from a Seder at my uncle’s house on Long Island, I leaned my head against the window, watching the rain. Suddenly a song came on the radio, and it moved me. In her debut single, “Merry Go Round,” Musgraves sings: “’Cause Mama’s hooked on Mary Kay/ Brother’s hooked on Mary Jane/ Daddy’s hooked on Mary two doors down/ Mary Mary quite contrary/ We get bored so we get married/ And just like dust we settle in this town/ On this broken merry go ‘round.”

It wasn’t the brother’s drug addiction or the father’s cheating that I related to. Rather it was the narrator – the fact that she is settling. Through the melody and message of the song I heard a notion that resonated – that there will be times when you’re not satisfied with your life. I thought back to how when I was growing up, I had always wanted to get out of my hometown and move to New York City. However, when I accepted my job in Princeton, after returning to America from a year in Germany, I had agreed to settle down in my home state again, working a job that I liked but knew wasn’t perfect for me.

My entire life I had dreamed of becoming a successful author. I had been working on a book for the last three years. Since graduating from college though, I had been having trouble with my writing. Because I was working on a memoir that detailed really complex, emotional experiences, no one I spoke to for help could really assist me. There was no Mary Kay or doomed marriages, but I, too, felt like I was on a broken merry go ‘round.

Before I started my job, I had always relied on Shabbat as a day of rest. Shabbat was a time to gain perspective, to put myself back together. In college, I attended Reform Jewish services weekly. When I lived in Berlin the year afterwards, I used Shabbat services as a time to relax and find friends in the wonderfully eclectic German-Jewish community.

Yet when I started working at Hillel, though I enjoyed spending Shabbats with the students and staff, my evenings were often spent working. It’s the irony of taking a job in the Jewish world — I could hardly ever sit through a complete Friday night service at Hillel because there was always a reason to get up and leave. Whether the dining room wasn’t prepared well enough or the ID card machine wasn’t working, it was my job as a Hillel staff member to make sure the details of Friday night dinner were carried out smoothly. And without a restful Shabbat, another part of me — like my ability to write well — was missing.

In the winter, I applied to graduate creative writing programs to help me with my book and in the spring of 2018, I was accepted to a few. The school I really wanted to attend was Columbia University – but the price of tuition was steep. By the end of the spring, I was tempted to give up on my dream of a master’s degree. Then again, I turned to Rabbi Kacey Musgraves.

In her song “Follow Your Arrow,” she sings, “Make lots of noise/ Kiss lots of boys/ or kiss lots of girls/ If that’s something you’re into/ When the straight and narrow/ Gets a little too straight/ Roll up the joint, or don’t/ Just follow your arrow/ Wherever it points, yeah/ Follow your arrow/ Wherever it points.” After listening to Musgraves’ lyrics on repeat over 100 times in my car, I was convinced that in my life, I had to follow my own arrow. Even if I was scared, I needed to do what my heart told me.

With the support of both my family and my coworkers, I made the decision to leave my job at Hillel and begin graduate school at Columbia in the fall of 2018. When I moved to Manhattan that autumn, I expected things to be easy. I always thought I’d love living in New York. Besides, I told myself, this city is full of Jewish people. I believed it would take me little time to find a prayer space and a Jewish community.

Assuming I’d no longer need Musgraves as my Rabbi when I moved to Manhattan, I was surprised and disappointed to realize that I was wrong. My inability to predict my spiritual life is, at least, consistent. Upon moving to New York City, I was so busy with graduate school and all the emotions that come with finding a new home and making new friends, that I didn’t have the energy to reach out and build a new religious community. What’s wrong with me? I’d wonder as I’d get back to my dorm room late on Friday nights, already past the time when Shabbat services had started. It was almost as though I didn’t want to go to synagogue anymore. I started to wonder: Have I truly lost my sense of spirituality?

Sometimes, I’d sit in my dorm room on Friday nights wishing I could go back to college, or back to Berlin, or my hometown synagogue, and connect to my faith in the way I had done before. I was tired of going to new synagogues. I no longer wanted to meet new people and learn the new tunes to prayers. Rather, I wanted to go to synagogue on Friday nights and hear tunes I recognized. I desperately wanted a community that knew me. Last December, at the end of my first semester at Columbia, I got back to my dorm late again on a Friday night and it was raining. Tired and frustrated from my day, I decided that it was too cold to walk to synagogue. I put on my pajamas and climbed into bed, turning on the “Golden Hour” album by Kacey Musgraves.

You’ll find your way back to synagogue, I told myself as I listened to the music, but tonight this will do. I leaned my head back and listened as Musgraves’ song “Rainbow” came on. I closed my eyes, connecting once again to the words of my on-the-go Rabbi. “It’ll all be alright,” she sings.

And for the first time all week, I felt relief.

Arielle Kaden is a writer based in New York City whose work has been featured in the Forward and Columbia Journal. She is a graduate of Johns Hopkins University and a recipient of the Fulbright Scholarship. She is currently earning a MFA in Nonfiction Writing at Columbia University and interning for the Opinion Section at the Forward. Follow her on Twitter here