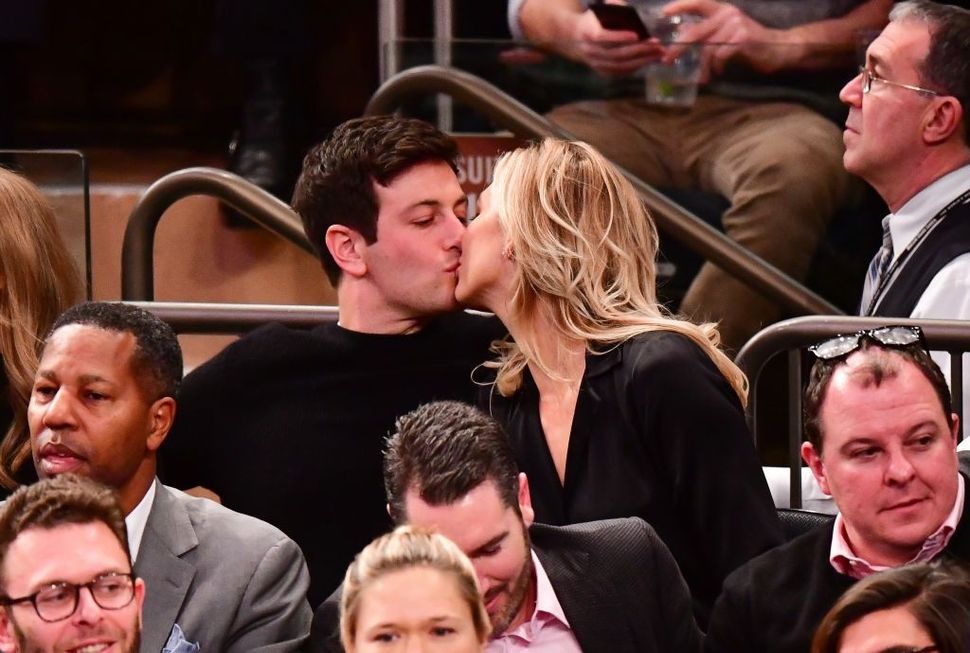 Let us not to the marriage of true multi-hyphenates admit impediment, Shakespeare wrote, kind of.

This weekend, perhaps as an elaborate means of avoiding questions about their procreation schedule, they got married again.

In October 2018, 26-year-old Kloss and 33-year-old Kushner (of those Kushners) wed in an intimate Jewish ceremony in upstate New York. The guest list reportedly numbered 80, and the photogenic young Jews (Kloss converted before the wedding) said at the time that they would have a larger celebration at a later date. This weekend, they followed through on that promise.

Party on the prairie ?

Saratoga has served as watering hole for the Kushner family in the past. In April 2018, the extended Kushner clan, including Jared and Ivanka, spent the week of Passover in the picturesque town, which boasts under 2,000 residents. TV star Allison Williams also wed in Saratoga, in 2015. Her nuptials, at “luxury dude ranch” Brush Creek in Saratoga, look to have taken the same setting as the Kushner-Kloss fete.

The duration: The full weekend.

Discomfiting political vibes arising from the theme: Definitely! “Manifest Destiny” energy from the mostly-white guests was on high. In an Instagram story by Raquel Zaki, guests practiced shooting guns.

Missing in action: Anyone by the last name Trump, and Kloss-confidante Taylor Swift.

The dress(es): First, Kloss wore a white, off-the-shoulder, train-less maxi with lace eyelet, embroidered detail, and buttons. Later, she changed into an ivory high-low dress with ballooning sleeves and mega-ruffles for dancing.

The suit: Who cares! It was a very straightforward suit.

May your marriage be as intense and long lasting as my hangover from this weekend ?

Music: Madonna (classic tracks, not the artist herself.)

Guest goodies: Mini tequila bottles with a photo of the couple on the night they met.

Yiddishkeit: A stray kippah sighting, a hora and chair dance…it’s not clear if there was a ceremony or only a reception, so there’s no knowing who officiated or, you know, if there was a bedeken or what have you. The moment we know, you’ll know.