‘I Joined The Tribe’: Karlie Kloss Confirms That She Converted To Judaism 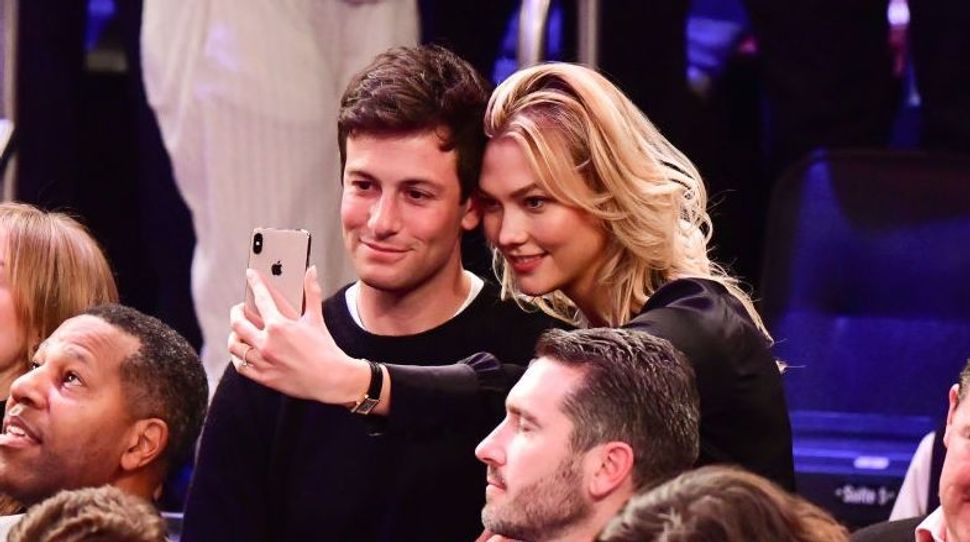 Where does a mansplainer get his water?

From a well, actually…

And what does the Schmooze say when a supermodel-slash-entrepreneur converts to Judaism and marries a Jewish real estate scion turned investor but then doesn’t acknowledge it for months, and the whole thing has shades of, like, biblical protagonists meeting at watering holes?

Karlie Kloss, 26-year-old beautiful person, confirmed during press for her new stint on “Project Runway” that she converted to Judaism prior to marrying Joshua Kushner, of those Kushners.

We already knew that Kloss converted to Judaism because we weren’t born yesterday, unlike Kloss, who maintains the smooth skin of an infant. But it’s nice to hear it from the very un-horse-like horse’s mouth, we suppose.

Appearing on Andy Cohen’s “Watch What Happened Live,” Kloss took a question about whether or not she converted to Judaism prior to her marriage to Kushner.

Ugh — was this dialogue written by a robot that was forced to watch 10,000 hours of “The Goldbergs”? Wake us when Cohen and Kloss do an interview from inside a 400-gallon tub of hot cream cheese, because these kinds of references to Jewish culture writ-lite are a bigger bummer than sermons about cell phone usage.

Besides, your friends at The Schmooze reported on Klossy’s low-key mikveh habit, like, 10 Rosh Chodeshes ago. It’s an open secret that Kloss has been davening down town for years now — she has obviously been prioritizing her Jewish identity. Besides, there was just no way Seryl and Charles were allowing their son’s fiancee within 18 cubits of a chuppah without the nod of approval of a beit din.

In case you haven’t been following — Kloss and Kushner married in an intimate ceremony in upstate New York in October 2018, after six excruciating years of the younger-Kushner brother filling his Instagram with upsettingly beautiful pictures of Kloss. The couple is thought to represent the vestigial liberal branch of the Kushner-Trump clan, though we’ve seen little of late to suggest that.

Do we sound jaded? Only a fool would dream that the union of two beautiful Jewish people with a tangential connection to the President might bring a sea change in US politics. But we indeed were such a fool! A million mazels to Karlie Kloss and Joshua Kushner. May your boutique boxing classes and cycling studios bring you from strength to strength.

Challah back, and Just Jew It and l’chaim to empty words and empty calories, and pray to God that global warming gets you before white supremacy does. Mazel!!!

‘I Joined The Tribe’: Karlie Kloss Confirms That She Converted To Judaism