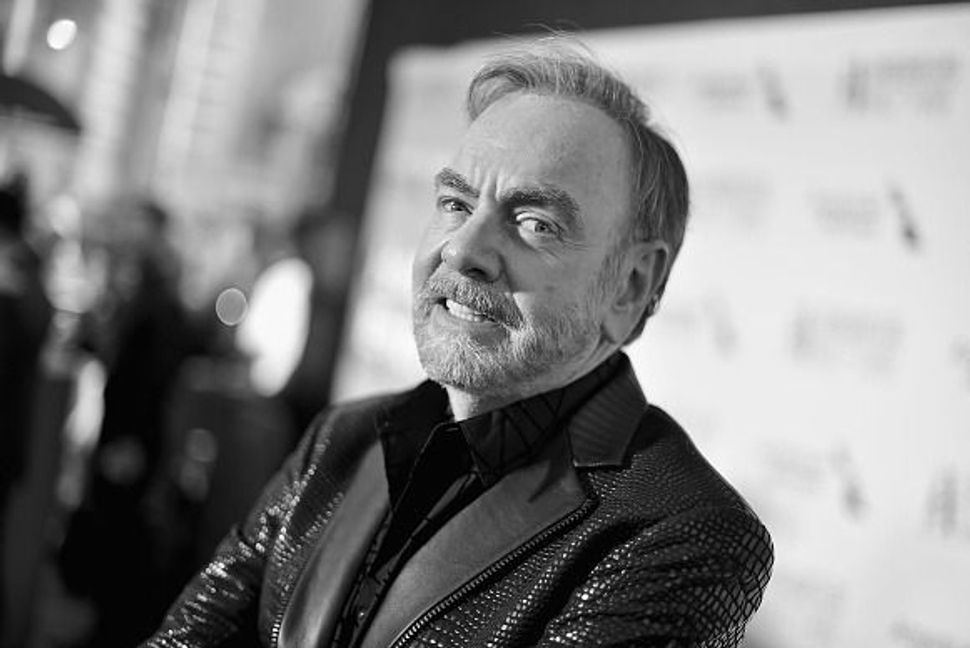 There’s not a trace of doubt in our minds that a Neil Diamond musical is headed for Broadway.

A new musical about the life and career of one of the most famous Jewish American singers of the last fifty years is currently in development, Deadline reported.

The age of biopic musicals on the Great White Way is set to continue. Like its predecessors “Beautiful: The Carole King Musical,” “Movin’ Out,” and “American Idiot,” Diamond’s story will be a “jukebox musical,” meaning that it will feature original music by the famed artist.

Famed Jewish director Michael Mayer (the man behind cult musical hits “American Idiot” and “Spring Awakening”) is attached to the currently untitled production, with theater producer Ken Davenport and Bob Gaudio (a member of the Four Seasons, whose story is detailed in the Broadway musical “Jersey Boys,”) taking the reins on the project.

As Diamond sees it, good times never seemed so good.

“I’ve always loved Broadway,” the man behind hits such as “You Don’t Bring Me Flowers” and “America” said about the announcement. “The inspiration for many of my early songs came from shows like ‘West Side Story’, ‘My Fair Lady,’ and ‘Fiddler On the Roof’. So it seems only fitting to bring my songs to the Great White Way. I’m honored and excited to be working with this great team.”

The 78-year-old Grammy Winner hails from Brooklyn, where Barbra Streisand was one of his classmates. Maybe she’ll get a cameo? We can’t wait to see how the show turns out. We’re already believers.