Ariana Grande On Pete Davidson Engagement: ‘I Didn’t Know Him’ 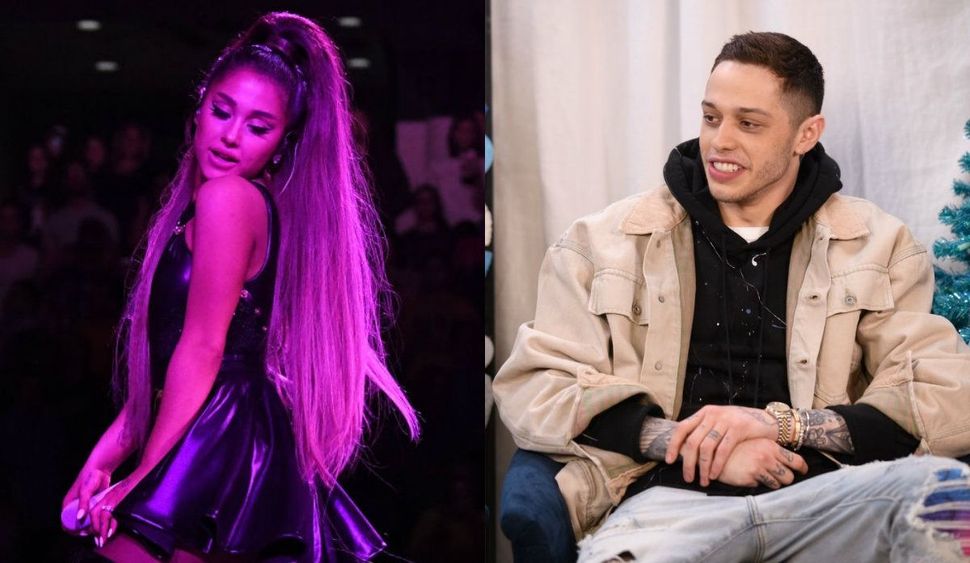 Ariana Grande, after ending her whirlwind engagement with Saturday Night Live actor Pete Davidson last summer, shook global popular culture with a song called “Thank U, Next,” which called out her exes by name.

Now, in case she wasn’t clear the first time, Grande is elaborating on just what spelled the downfall of her relationship with Jew-ish comic Davidson. “It was an amazing distraction,” Grande told Vogue in a cover story released on Tuesday, of meeting the man to whom she became engaged within three weeks.

“It was frivolous and fun and insane and highly unrealistic, and I loved him, and I didn’t know him,” she said. She had moved to Manhattan, she explained, in the wake of her breakup from Jewish hip hop artist Mac Miller. She was also dealing with the traumatic fallout of the terrorist attack at her concert in Manchester, England, which killed 23 and wounded hundreds, including many children.

“It’s not my trauma,” Grande said, of witnessing murderous attack. “It’s those families’. It’s their losses, and so it’s hard to just let it all out without thinking about them reading this and reopening the memory for them.”

Tragedy continued for Grande, alongside massive fame — near the end of her relationship with Davidson, her ex, Mac Miller, died of a drug overdose. “I’m so sorry I’m crying,” she told the Vogue interviewer, weeping over the memory of Miller.

“By no means was what we had perfect, but, like, f**k. He was the best person ever, and he didn’t deserve the demons he had. I was the glue for such a long time, and I found myself becoming…less and less sticky. The pieces just started to float away.”

Oof. We wanted to make fun of Grande for dragging us through her quicksilver relationship with Davidson, which we documented with elaborate attention to detail last summer, but we’d rather just wish her a release from this agony. However Grande decides to say “Thank U, Next” to these memories, we’re glad she’s doing what’s right for her. On her journey to healing, we wish her a refuah shlemah — a full, peaceful recovery.

Ariana Grande On Pete Davidson Engagement: ‘I Didn’t Know Him’