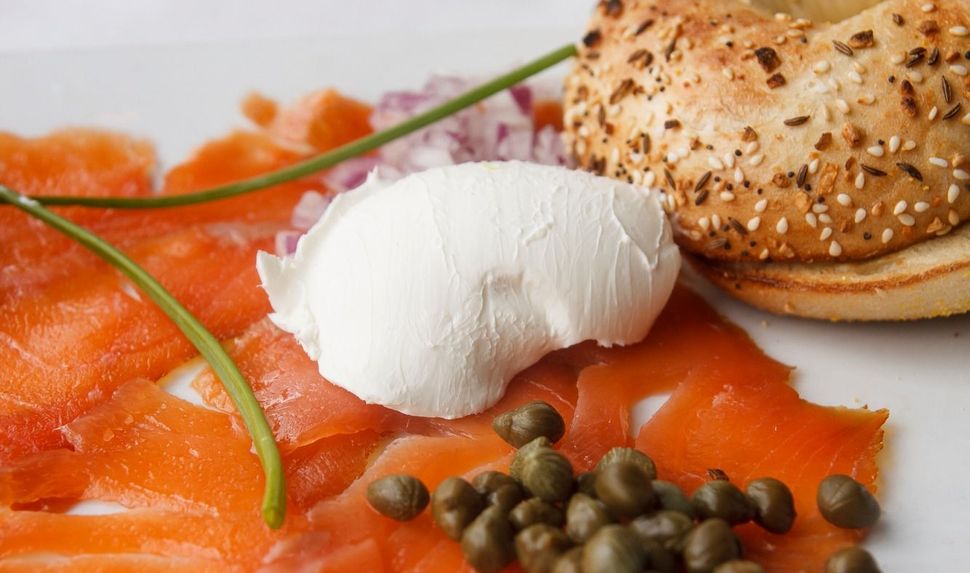 From this, surely, nothing bad could come Image by iStock

The American Institute for Cancer Research has said that smoked and cured fish — including lox — are linked to cancer, just like processed meats, food-writer Sophie Egan pointed out in the New York Times.

But what do those schlemiels at the American Institute for Cancer Research know? Right?

For years, scientists have cautioned that consuming large amounts of processed meat — hotdogs, deli meat, bacon, jerky, any meat that is transformed in a more significant way than just cutting or grinding — may cause colorectal cancer. Processed fish — including lox, which is salt-cured, and various types of smoked fish — hasn’t been given the same scrutiny. Here’s why, according to Egan:

One reason for the uncertainty is that Americans tend to eat far less lox, smoked trout, smoked whitefish and the like compared to how much bacon, deli meat and sausage they consume. Because smoked fish is not a central part of the typical American diet, not enough data is available for a statistically meaningful statement about the relationship between smoked fish and cancer risk, according to a spokeswoman from the National Cancer Institute.

In these turbulent times, we don’t want to cast aspersions of “anti-Semitism” lightly, particularly against scientists. But come on! We are eating a lot of smoked fish over here! Do we need to get our lawyers on this?

Scientists for the World Health Organization’s International Agency for Research on Cancer offer a barely less damning answer to the question “Is processed fish connected to cancer, just like processed meat?”

The World Cancer Research Fund offers perhaps the most chilling assessment of the health risks of cold fish and other delicacies, explaining that all foods that are brined or salted for preservation increase the risk of stomach cancer — “including pickled vegetables and salted or dried fish.”

It’s still possible that there are complicating factors that threw off these findings — The World Cancer Research Fund based their conclusions mostly off studies done in East Asia, where fish, vegetables, and preserving methods are different than those found in America’s delis and kiddush spreads. But the whole thing is a reminder that processed meats like pastrami is linked to cancer, and that sodium, in general, is risky.

Clearly, we’re in a bit of a pickle.

After all, these are heritage foods for many Jews with European ancestry. Lox and smoked salmon came west with East European Jewish immigrants fleeing violence and oppression, who had developed unique methods of preserving fish because they lacked refrigeration. In England, preserved fish became a delicacy that transcended Jewish culture. In America, it became a Jewish staple.

Not for nothing, but shouldn’t the WASPs with their extra-dirty martinis be implicated in this, too? At least, we don’t put our salty foods in anything as unhealthy as alcohol. We just layer that salted, possibly-carcinogenic fish on top of a creamy cheese spread, slam it between two dense carb rounds, and voilà — we’re going to live forever.