Jenny Slate Got Engaged At An Abandoned Castle In Southern France 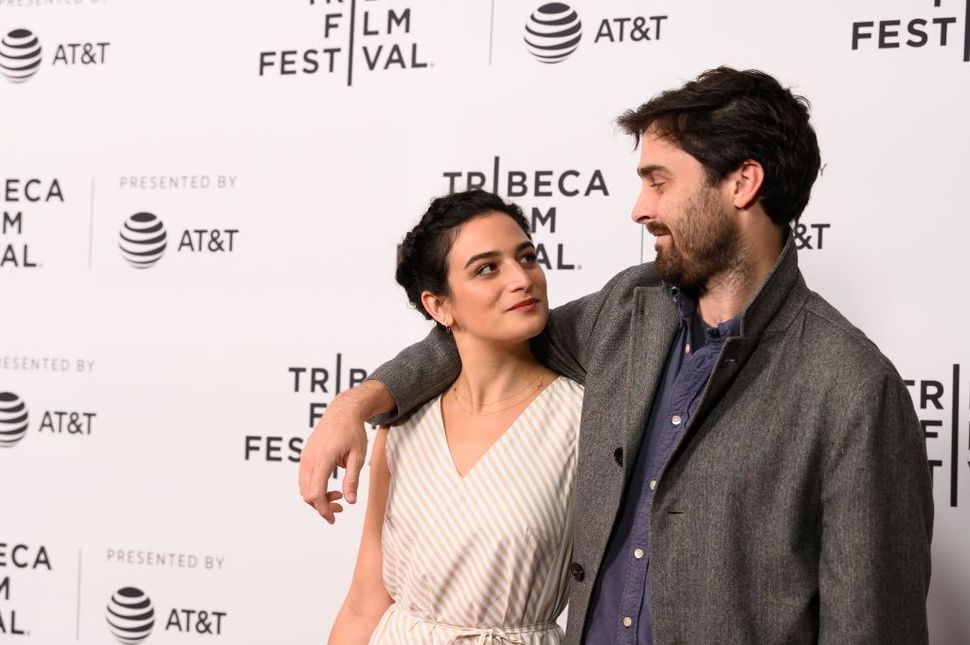 Slate and Shattuck, at Tribeca Film Festival, announced their engagement this week Image by Getty Images

Jenny Slate — notoriously likable giant-haired celebrity underdog — is now engaged. The “Parks and Recreation” actress and Iconic Jew said yes to Ben Shattuck, her hot writer-slash-painter boyfriend, who proposed this week in a dilapidated castle in the south of France.

Like the print on a hand-drawn Anthropologie table runner come to life, Shattuck — a haunted-looking artist who lives on a tiny island off the coast of New England — asked Slate to marry him, less than a year since the couple reportedly started dating. Taking her to “an abandoned castle in Southern France,” (his words), Shattuck set out a picnic, declared his love, and presented Slate with a ring the size of a porcupine, according to her Instagram. Each half of the couple published a series of photos illustrating their relationship, in addition to the engagement announcement.

He took me to France and made a picnic and made me feel happy and free and then he asked me to marry him and i screamed YES. I love you @benshattuck_art, you are the kindest and brightest and I am so grateful and here we go and keep going ❤️?❤️

And if she wants to marry a man who once watched as a team of specialists entered his home and tried to seduce a ghost, then yippy-skippy.

“He asked me to marry him and i screamed YES,” wrote Slate, whose fiancé once penned this very odd article-about-an-article about Philip Roth, in which Shattuck, who is not Jewish, awkwardly mishandles the Jewish references. This article he wrote about his fingertip is much better. Still: an article about his fingertip? One does not know quite what to think.

Shattuck, announcing the engagement on his own social media, shared a picture of Slate “in front of a door the color of her soul.” (Jenny Slate’s soul is turquoise, allegedly.)

We, Slate’s fans, are loathe to cede her to coupledom because she seems tenderly, impossibly, vulnerable. “Hi it’s me I’m your little toy/pet/clown,” she captioned an Instagram post in April. “And no joke I’ve realized that all i care about is loving and giving/getting treats and finding all of the best ways to do that!”

This is the woman who dated professional hunk Chris Evans, aka Marvel’s “Captain America,” on and off for two years. As we watched in horror, Slate — who was previously married to Dean Fleischer-Camp — fell in love with America’s sexy stepson, got her heart broken open, and proceeded to, by her own admission, sit alone in a bar reading about the Holocaust.

Jenny Slate is a human avatar for every woman who has ever felt a little different, and we cannot see her wounded again. So Captain America’s gone? Good riddance — Jenny never seemed like much of a nation-states gal. But when the abandoned French castles and Instagram-able doors are out of sight, Ben Shattuck had better be up to the challenge of partnering with our Jenny Slate.

Jenny Slate Got Engaged At An Abandoned Castle In Southern France