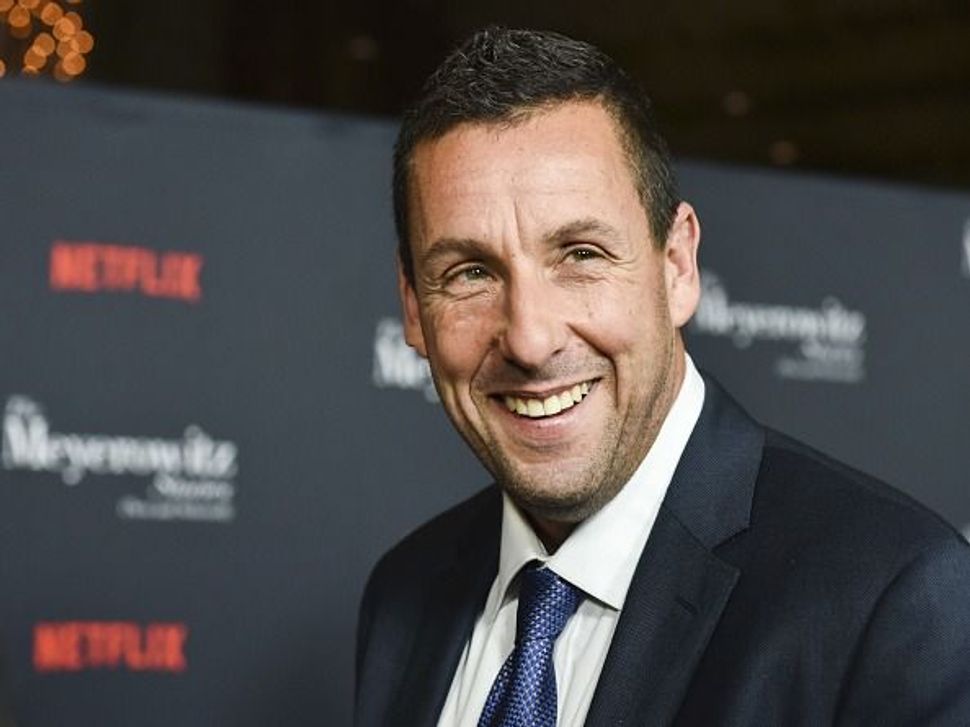 An obnoxious, money-obsessed, sexually harassing Jewish diamond dealer in midtown Manhattan gets caught up in a betting and debting scandal involving professional athletes.

That’s the plot of “Uncut Gems,” a thriller by the filmmaking duo the Safdie brothers, due out this December.

Before your fingers fall off in a rush to google “Safdie brothers Jewish?” we’ll save you the trouble — yes, they’re Jews. So are producer Scott Rudin, co-writer Ronald Bronstein, and stars Adam Sandler and Idina Menzel. In fact “Uncut Gems,” which got rave reviews at the Telluride Film Festival earlier this month, is based off their father’s experience as a New York City diamond dealer.

It’s hard to imagine a stranger time to explore the real Jews — diamond dealers, bankers, real estate agents and more — whose careers become generalized into discriminatory stereotypes about Jews as a people. As American Jews of all stripes panic about our safety — and Orthodox Jews in Crown Heights experience violent danger — “Uncut Gems” feels extremely Bad For The Jews.

But if Jews wait for less hostility before making art that examines facets of our community, we’ll be waiting until the messiah comes. Reviewers say the Safdies’ movie is genius, and that Sandler — who’s clearly turning a corner in his career between this and “The Meyerowitz Stories” — is at the height of his powers. Compare this to the recent propagandistic “Red Sea Diving Resort,” also based on a true story, which showed Jews as lusty heroes of mankind, but did squat for filmmaking.

No doubt “Uncut Gems” will have Jews across the country reaching for their benzodiazepines. But if audiences choose to see the story of a single Jew as representative of us all, well, maybe they’re the creepy ones.