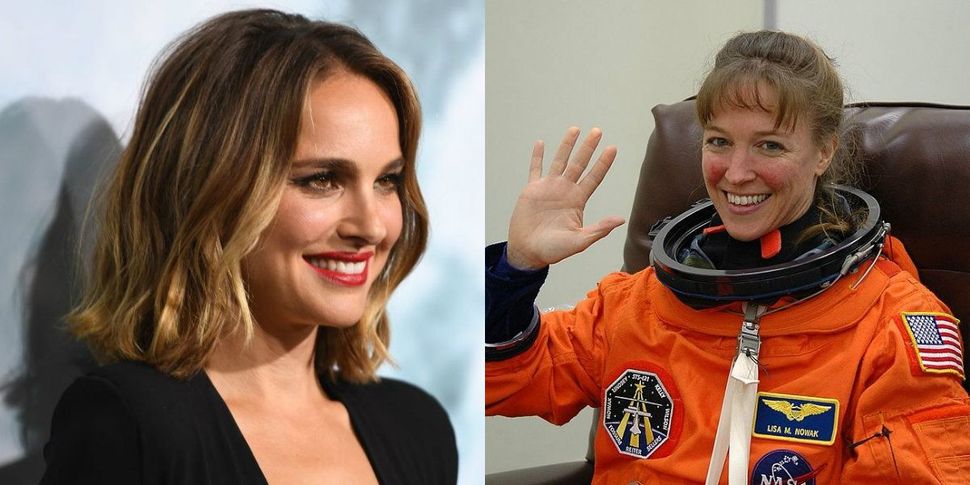 The Natalie Portman film “Lucy In The Sky” was made because of a diaper.

In 2007, NASA astronaut Lisa Nowak grabbed headlines when she drove 950-miles across country to apprehend her ex-boyfriend’s then-girlfriend. Nowak, who was later charged with attempted kidnapping and attempted murder, told police that she wore a diaper on the drive so as to avoid stops.

Nowak’s lawyer later called this claim “an absolute fabrication” — but Nowak’s quotes about the diaper are present in the police report filed after she was apprehended.

“Lucy In The Sky,” which opens in theaters October 4, retains many of the details of Nowak’s famous journey — her trenchcoat, wig, pepper spray, and weapons. But it cuts the diaper, the detail that grabbed public attention, making the “astronaut love-triangle” story iconic.

“Everyone’s like — ‘Where’s the diaper?’” Portman said on “The Ellen DeGeneres Show” on Friday. “Everyone’s really upset to not see me in a diaper,” she said, smiling. “I don’t know what that’s about.”

Director and co-writer Noah Hawley also shot back at vituperative fans who noticed the absence. “I found it interesting that response, people who said, ‘There’s no diaper and I’m not OK with that,’” he told The Hollywood Reporter at the movie’s Los Angeles premiere this week.

“I thought it said more about them really; what is it that makes you want that detail, that makes you want to reduce her to a punch line again? The goal of the film is to re-humanize her and to build empathy for her, to show you that she had an emotional and existential crisis and that’s part of becoming an adult.”

This excuse smells like…well, you know.

Live footage of the Schmooze demanding that Noah Hawley cut this nonsense and show us a diaper.

Can you imagine anything more human than a person who drops all social pretense for obsessive love? A person who is willing to soil herself if to accomplish her malevolent goals? She doesn’t need a makeover to engender empathy — she’s objectively relatable. She gave in to the basest of human desires, and that’s why we remember her: as a cautionary tale, and also, as an unlikely hero.

It seems unlikely that Hawley cut the diaper to “re-humanize her.” He cut it because he thought it was yucky. So is attempted murder, but that stayed in the movie. (And neither of those things are “part of becoming an adult” — what an odd thing to say!)

“Lucy In The Sky” is an extremely literal example of a man rewriting a woman’s story. It can work, but it didn’t work this time. Hawley misunderstood the public obsession with the Lisa Nowak story, which was indelible — not just because the desire to be shocked and titillated comes as a standard feature on most models of human — because people of all genders found it relatable. Portman, laughing as she described the controversy to DeGeneres, knows that.

But Portman didn’t make the movie, and that’s the key here. Portman, no matter the diversity of roles she takes on, has never been able to escape being super-sexualized. While her equally dazzling male peers (George Clooney! Rob Lowe! Jamie Foxx!) enjoy dual status as sex-symbol and serious actors, audiences seem to have a harder time grasping that duality with Portman, and with all woman actors who are conventionally hot.

Hawley and the team behind “Lucy In The Sky” probably thought it would be unconscionable to see Queen Amidala and the face of Dior doing something so un-sexy.

Sure, it’s just a diaper. But the portrayal of Lisa Nowak’s character isn’t about a desire to see a woman as human — it’s about making her more watchable for men.