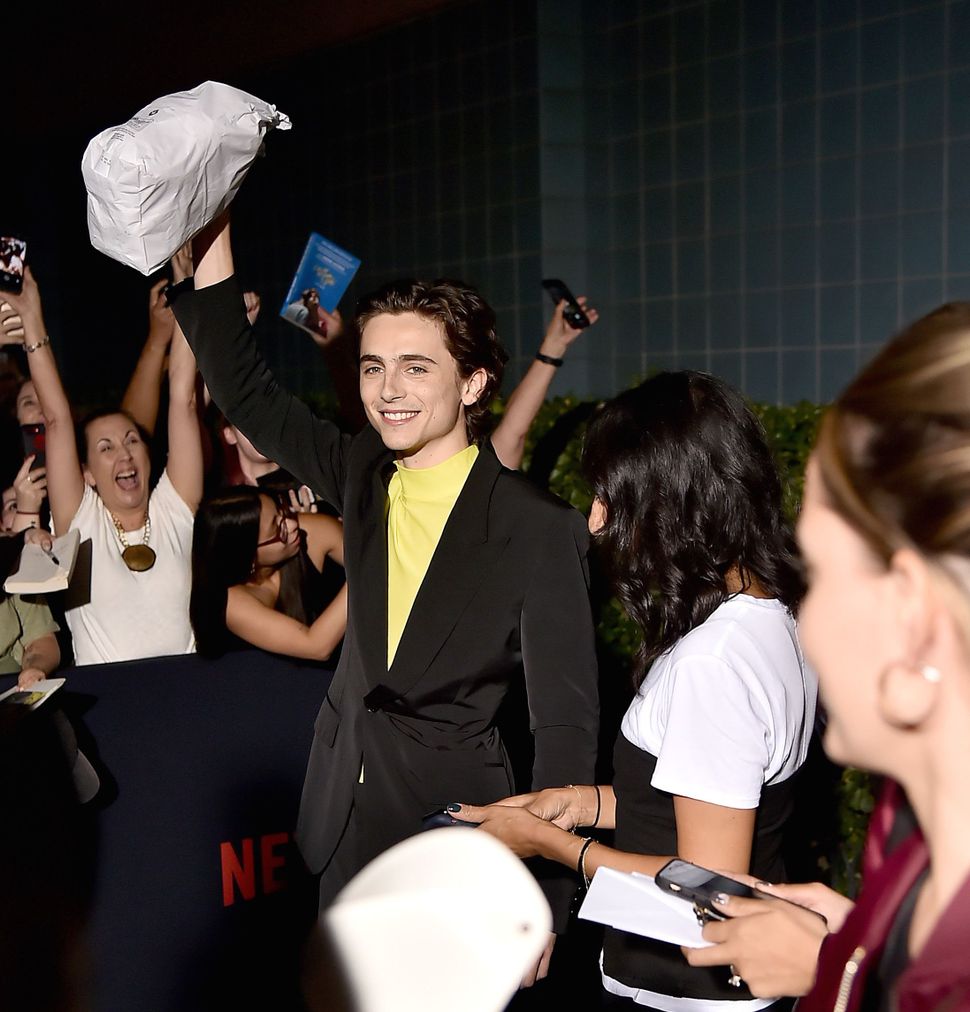 Like an inverse Santa Clause, Timothée Chalamet — diminutive, hairless, Jewish — arrived at the red carpet for the premiere of his new Netflix film “The King” on Tuesday night, holding aloft a sack of gifts.

The 23-year-old star of “Call Me By Your Name” came bearing bagels, which he proceeded to distribute to the screaming fans who lined the red carpet at the New York City premiere.

Chalamet has publicly declared allegiance to Tompkins Square Bagels; reports say that the carbs he gallantly tossed at his public were everything bagels. In footage he can be seen towering over his female fans like a satin-draped sapling, gleefully pressing bagels into outstretched hands.

Chalamet, whose mother is Jewish, may or may not have had the Jewish new year on his mind — a time when breaking circular bread with community is paramount. His unorthodox group-hamotzi was apparently inspired by a fan who tweeted at him, two weeks before the event, “bring bagels to the red carpet.” Chalamet responded “lol imagine,” and later deleted his tweet.

Yet a full fifteen days later, there he was — literally bagel-ing.

Asked for his favorite bagel order by a reporter for Paper Magazine, he smiled his characteristic I-was-bullied-in-high-school-but-now-I-wear-designer-harnesses-to-the-Golden-Globes smile and said, “Bacon egg and cheese on a bagel.”

Timothée Chalamet — off the derech, but on the red carpet.