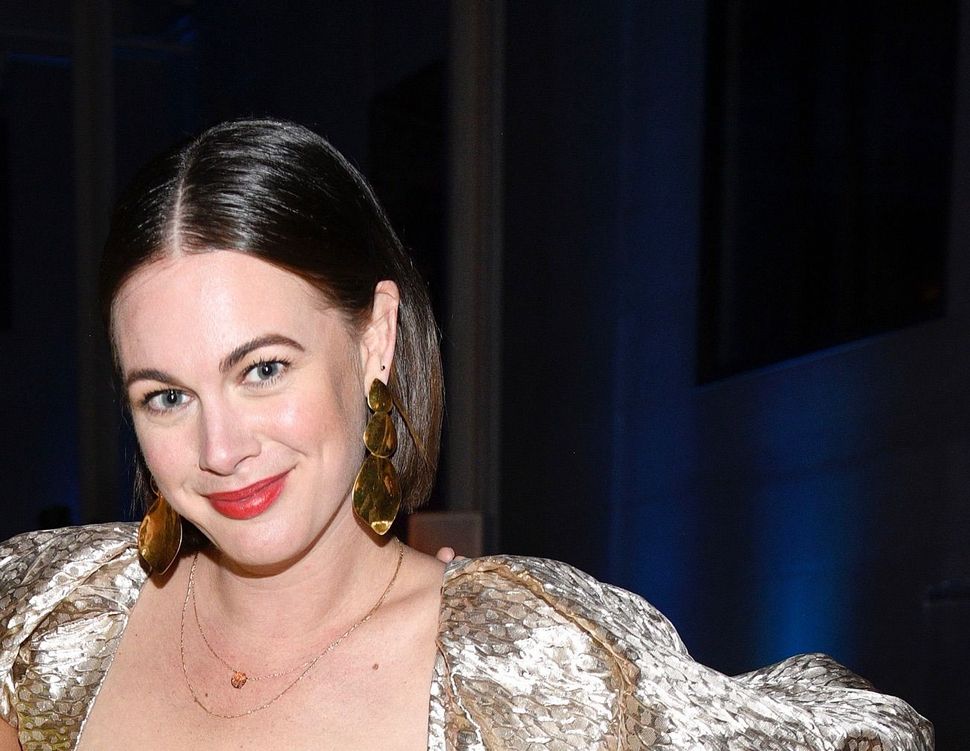 Alison Roman is a popular food writer for the New York Times and the author of two cookbooks. Image by Getty

Several lengthy apologies later, it looked like the feud between celebrity chef Alison Roman and model-cum-lifestyle-guru Chrissy Teigen was over — until The New York Times stepped in.

The newspaper has placed Roman’s bi-weekly column “on temporary leave,” a spokesperson told the Daily Beast on Tuesday, after disparaging comments Roman made about two Asian celebrities in a May 7 interview.

Speaking to The New Consumer, Roman characterized both Teigen and organization guru Marie Kondo as sell-outs for launching homeware lines. Critics soon pointed out that Roman teased her own brand partnership in the same interview. Moreover, in a world where so many celebrities monetize their image, she had singled out the work of two women of color for criticism. In the past, Roman has been criticized for adapting recipes from non-European cuisines without acknowledging their origins.

While Roman initially tried to dismiss what she described as “baby’s first Internet backlash,” she eventually posted a long apology to Instagram, saying of Teigen and Kondo that “they both worked extremely hard to get where they are and both deserve better than my tone-deaf remarks.” She continued that, “I’m a white woman who has and will continue to benefit from white privilege and I recognize that makes what I said even more inexcusable and hurtful. The fact that it didn’t even occur to me that I had singled out two Asian women is one hundred percent a function of my privilege.”

Hi— ICYMI, over the weekend there was a bit of a twitter conversation where I was rightly called out for disparaging remarks I made regarding Chrissy Teigen and Marie Kondo. Even if you didn’t hear about it (!), I feel like this was too important not to share here. I know this is a lengthy note (succinctness has never been my strong suit). I appreciate you taking the time to read.

Teigen thanked her for the apology on Twitter, saying the flap reminded her of her own trajectory as a celebrity. “I remember the exact time I realized I wasn’t allowed to say whatever popped in my head — that I couldn’t just say things in the way that so many of my friends were saying,” Teigen tweeted.

thank u for this, @alisoneroman. To be clear, it never once crossed my mind for u to apologize for what you genuinely thought! The comments stung, but they moreso stung because they came from u! It wasn’t my usual news break of some random person hating everything about me!

After the Daily Beast reported the suspension of Roman’s column, Teigen took to Twitter again. Explicitly extending goodwill, she commented approvingly on a photo of the chef’s shallot pasta posted by journalist Olivia Nuzzi. When another fan asked if “the beef” had ended, Teigen replied, “I hope we can laugh about it one day but I’m not happy with the NYT leave.”

“It just sucks in every way,” she added.