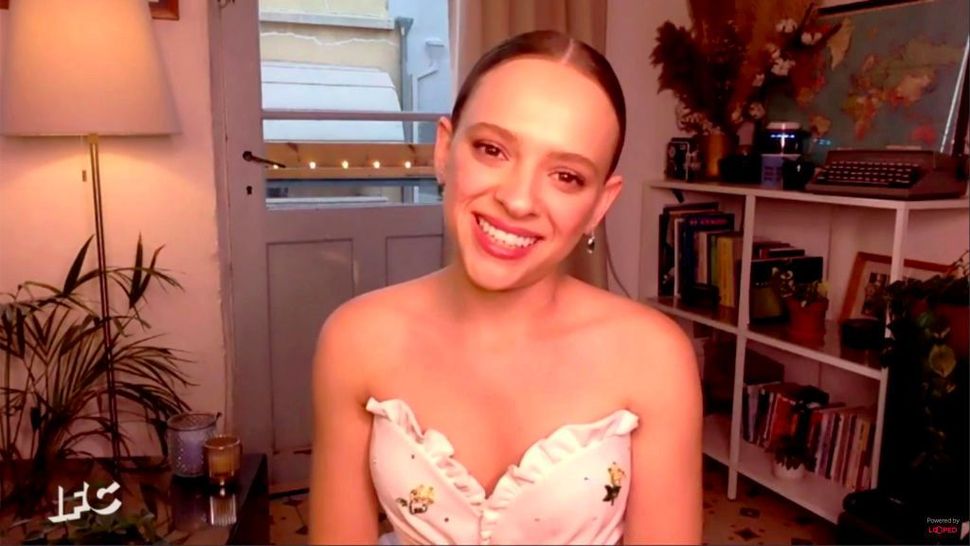 Shira Haas may have accepted her award from home, but she was still dressed to the nines. Image by Getty

The “Unorthodox” star was awarded Best Female Performance in a Scripted Series, with her co-star Amit Rahav winning the same prize in the category for male actors. This is just the latest in a series of international accolades for the Netflix series: “Unorthodox” received eight Emmy nominations, and director Maria Schrader ultimately snagged an award for her work.

Founded in 1984, the Independent Spirit Awards are intended to honor work typically snubbed by larger awards shows. But they’ve lately come to act as a barometer for the Oscars: Top prizes for Chloé Zhao’s “Nomadland” seemed to confirm that the film would do well at the Academy Awards this Sunday, while Carey Mulligan’s win as the best female film lead established her as a potential upset in the upcoming competition for Best Actress.

When the Emmy nominations were announced, Haas and Rahav went viral for their adorably down-to-earth reactions. In their social media presence ahead of this awards show, we can already see their transformation from newcomers-next-door to polished main acts. As has become customary during awards shows in the pandemic era, both stars donned designer gear and posed for glamour shots at home: Haas lounged on her balcony in a 50s-chic Miu Miu dress while Rahav thanked “my Dior family” for dressing him.

But as the night went on, we got a little reprieve from the movie-star script. After the ceremony finished, Rahav shared a video of himself receiving the award from a desk outfitted in the now-ubiquitous work-from-home style. “Never going to sleep again,” he captioned the post.

Haas didn’t say much about her win. She’s probably too busy preparing for her next unlikely transformation — she’s set to appear in the upcoming miniseries “Lioness” as Israeli prime minister Golda Meir.