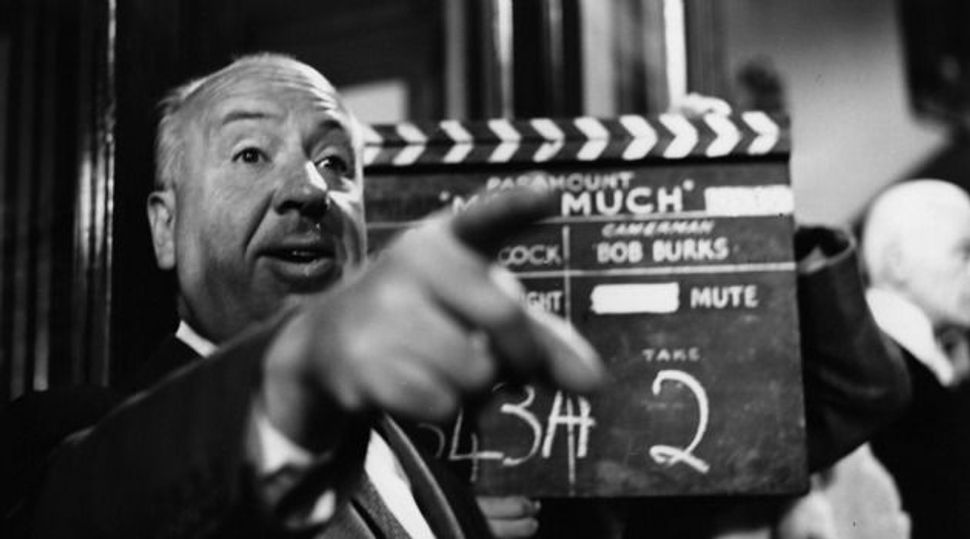 Alfred Hitchcock’s reputation as one of the greatest film directors of all time is safely in the can, so all that’s left to deal with is the man himself. Two new films — “Hitchcock,” a biopic starring Anthony Hopkins, and the HBO film “The Girl,” about Hitch’s troubled relationship with actress Tippi Hedren — have attempted to do just that. These films attempt to humanize — or dehumanize or demonize — Hitchcock, depending on your point of view.

What neither of these films mentions, however, and what you probably won’t hear much about in the renewed discussion of Hitchcock, is the chapter of his career in which he lent his formidable directorial skills to the British army for what eventually became “Memory of the Camps,” a documentary consisting exclusively of footage of concentration camps in the days after their liberation by Allied forces.

Although Hitchcock, who at the time was living and working in Hollywood, didn’t travel to Europe for filming at such locations as Dachau, Belsen and Buchenwald, he did instruct the camera crews accompanying liberation armies to take as many uninterrupted long shots and unbroken panoramas as possible, knowing that these would serve best to contextualize and capture the horrible truth about what took place at the prison, labor and death camps. At the behest of his friend and sometime collaborator Sidney Bernstein, who produced the film for the British army, Hitchcock, who was credited as “treatment advisor” on the film, traveled to England and helped organize the footage post-production. This master of staging horror and suspense utilized his talents to make a film that captured real-life horror without staging or artifice.

Aside from that episode, however, Hitchcock showed little if any interest in Jewish matters before or after the making of the death-camp doc. About as close as he came to being influenced by Jewish culture was allowing unspecified guilt and blame to play the central role in his work — but that was largely a result of his strict Catholic upbringing.

Hitchcock did, however, have several close and long-standing Jewish collaborators, including costume designer Edith Head, screenwriter Ben Hecht — who worked on the scripts for “Spellbound” and “Notorious,” among others — and composer Bernard Herrmann, as well as close business relationships with Jewish Hollywood producer David O. Selznick and talent agent Lew Wasserman, who helped create the Hitchcock “brand” through the successful TV series “Alfred Hitchcock Presents.” In fact, Hitchcock got his start in film in 1920 in London as a title designer for Famous Players-Lasky Corporation, the Jewish-owned studio that was one of the largest of the silent film era, and which later became Paramount Pictures

When Hitchcock’s films did contain material that could be considered culturally Jewish, it mostly came in the form of his well-known “MacGuffins” — superficial window dressing, the better to serve the plot. “Spellbound” centered on psychoanalysis; “Notorious” featured a plot about Nazis, uranium and South America but had little to say about culture or politics. Hitchcock, after all, was purely a formalist, and his films mostly dealt with conflicts on a psychological, as opposed to a societal, level. In the world according to Alfred Hitchcock, guilt was the great equalizer, regardless of race, color or creed.

Seth Rogovoy is a cultural critic whose recent contributions to the Forward have included investigations of the Jewish aspects of Bob Dylan and James Bond.